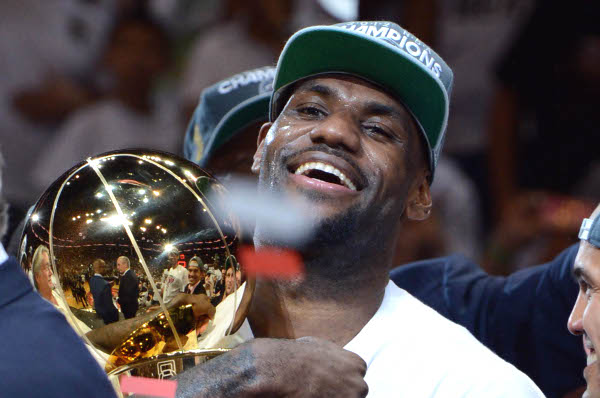 When the Miami Heat led by LeBron James closed out the Thunder in Game 5, the first thing I thought about was, "About damn time!" Yes, LeBron said the same thing later, but he said that referring to the fact that he just won his first championship. Me, I was thinking about the stupidity and hatred among some fans, media members and players in regards to James.

I played 17 years and I have experienced the greatness of Magic Johnson, Larry Bird, Isiah Thomas, Michael Jordan, Karl Malone, Charles Barkley, Hakeem Olajuwon, etcetera. If you look back on each of those players' careers, they all had drama on and off the court.

But none of them has faced the intense scrutiny James has had to overcome. Those stars escaped the social media age, where everyone with fingers can instantly comment on every step players take.

They didn't have to face the fact that two journalists who failed as athletes – Stephen A. Smith and Skip Bayless – could debate every morning on ESPN about what they could and could not do. They didn't have to deal with an individual like Bayless, who has zero NBA credentials, analyzing every little detail without actually interviewing people who are qualified to make comments about their performances.

That's why I said, "About damn time!" I cheered for the Heat because I felt LeBron has been dumped on excessively by individuals who have no clue how good James is as a basketball player.

I was not surprised media guys and fans took him to task because that's the norm in sports. What bothered me more was having a number of current and former players not hiding their feelings in regards to James.

Did James make a mistake in regards to how he handled leaving Cleveland? Yes.

Did James make a mistake in stating he could win seven titles in Miami without having one? Yes.

Did James melt down in last year's Finals against Dallas? Yes. 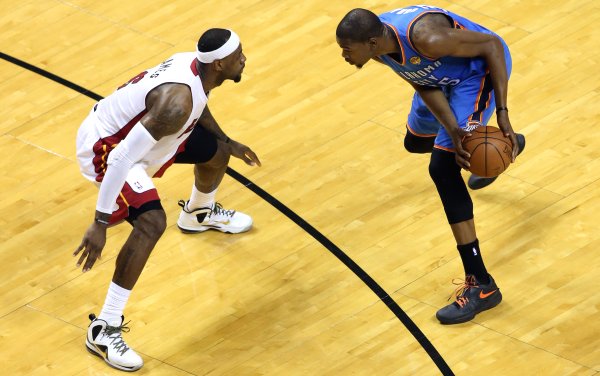 I love everything about the Oklahoma City Thunder. Kevin Durant, Russell Westbrook and James Harden are three of my favorite players, but this was time for LeBron to escape the dark cloud that was covering him. And man, did he do it in style.

He did it by finally admitting he needed to mature and stop feeling sorry for himself. He finally realized that people would still criticize him even if he tried to play the game the right way. But, most importantly, he realized he made some mistakes in his decision making and began to make amends for how he handled things.

This freed him up and allowed James to go on a season-long run that will not easily be forgotten.

There was never any question over the last four years about who was best player in the world, but his shortcomings chasing a title allowed individuals to seize the opportunity to pounce negatively.

Critics were quick to question his greatness and argue other players like Derrick Rose and Durant were better.

Now James can exhale and everyone, including his harshest critics, should appreciate what he has done with the intense negative pressure he has had to endure since leaving Cleveland for Miami.

I have seen many a great playoff runs and I can honestly say this was the best I have ever seen by any superstar.

He had to deal with the absence of Chris Bosh early in the first round of the playoffs.

He had to deal with being down 2-1 against a physical and talented Indiana Pacer team.

He had to deal with an elimination game in Boston Garden down 3-2.

He faced criticism after losing Game 1 of the Finals because he didn't guard Durant.

His responses in all those situations were legendary.

He shot 19 for 26 and scored 45 points and pulled down 15 rebounds to force a seventh game against Boston.

After Game 1 of the Finals, he not only guarded Durant for the rest of the series, but also led his team to four straight victories and delivered a triple double in the close out game.

His final postseason numbers were astounding, averaging 30 points and 10 rebounds for the entire playoff run.

James has answered every critic and shut up every doubter of his game.

He is the best player in the world and I applaud him for accepting maturity and accomplishing his dream.