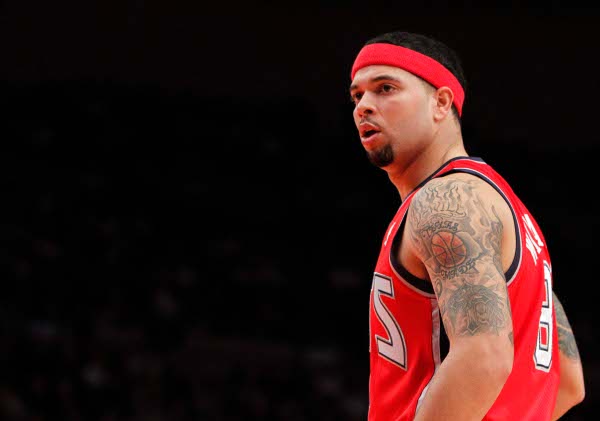 There's no doubt that Deron Williams is the most coveted free agent on the market. The word from several reliable sources claims that he will either enlist with Dallas or with Brooklyn. However, it's highly questionable that either one of these teams would be the best fit for his special talents.

To ascertain where he should be bound, let's take a look at what Williams can, and cannot do.

He can finish in a crowd, shoot well enough from beyond the arc to keep defenders honest, out-muscle other point guards in the low-post, run a set offense to near-perfection, make good decisions in fast-break and early-offense situations, look to pass before he shoots, make clutch shots, and play slightly above-average defense.

D-Will's lack of blazing foot-speed is his biggest drawback. He also makes too many careless passes, especially when he fails to notice defenders poaching the passing lanes.

In other words, his game plan features many more meaningful pluses that marginal minuses.

Of course, as of this writing, there's no way to know what moves the following teams will be making from now until the next season commences. Which of their own free agents will they sign? What trades will eventuate? What other free agents might come aboard?

Still, highly radical, season-changing alterations are not to be expected.

Here, then, are some possibilities along with some intriguing scenarios:

Playing in his home town is certainly an appealing prospect for Williams. Too bad the Mavs have seen better days. Dirk Nowitzki is 34 years old and either has already, or will soon be, losing his edge. Last season's averages in points scored (21.6) and rebounds (6.7) were his lowest totals since the 1999-2000 season. Similarly, his 0.5 blocked shots per game was the lowest of his career, and his minutes-played (33.5) was the lowest since his rookie season (1998-99) – although the condensed schedule was assuredly a major factor in this latter catgegory.

The truth is that Nowitzki is no longer the kind of player who can routinely dominate the endgame.

What else does Dallas have to offer? The probable exit of Jason Terry; an elderly Shawn Marion; the irascible and erratic talents of Delonte West; the painfully slow learning curve of Rodrigue Beaubois; and a trio of raw rookies. Indeed, the only young player on the roster who has genuine All-Star potential is Ian Mahinmi.

There's no way that Williams presence could possibly lead Dallas back into glory land.

It has been reported that the possibility of Williams opting for the Nets has nothing to do with whether or not the team can procure the services of Dwight Howard. But even if they are successful in this respect, the big fellow has a long way to go before he can be the centerpiece of a championship team. Howard's offense is still crude, he lacks focus, and he remains incredibly immature.

Otherwise, Brook Lopez cannot rebound nor defend, Gerald Wallace has to run to be at his best, and the Nets (with or without Howard) will still be light years away from being a bona fide championship contender. 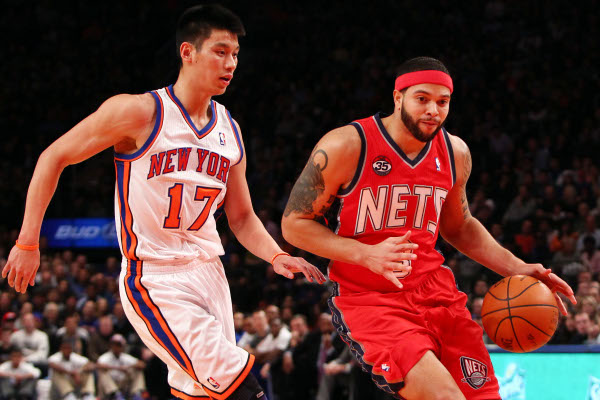 After Jeremy Lin's first time around the league, opponents began to identify and concentrate on his glaring weaknesses: His discomfort when forced to go left, his too-high dribble, his erratic pull-up jumpers, and his slow-footed individual defense. In addition, Lin is better suited to Mike D'Antoni's giddy-yap game plan than Mike Woodson's grind-it-out offense. In fact, Lin would best be utilized coming off the bench than playing a starter's minutes.

If the Knicks could permanently move Carmelo Anthony to the power forward slot, have Amare Stoudemire back-up Tyson Chandler and function as the go-to scorer on the second unit, and pray that Iman Shumpert makes a miraculous recovery – then the addition of D-Will would make them a powerhouse team. As such, they'd be much more likely than either Dallas or Brooklyn to at least contend for a championship in the near future.

Should Williams have the patience and the inclination to grow with a team, the Blazers have a dynamic young nucleus in LaMarcus Aldridge, JJ Hickson, and Nicolas Batum. Also, Kaleb Canales is a young coach who would necessarily put the reins of the offense securely in D-Will's more than capable hands.

Moreover, virtually every study rates Portland as a better place to live than either Dallas or the New York metropolis.

It says here, though, that money should not be a factor in Williams ultimate decision. Last year alone he was paid over $16,000,000, and over the course of his seven years in the NBA his personal coffers must be overflowing. Indeed, Williams probably has enough bucks to have him enjoy the good life if he hung up his sneakers today and lived to be 100.

So, then, if winning a championship is his primary motivation, there's only one place for him to go…

That's right. Reposition Russell Westbrook to the shooting guard slot where he belongs, and give Williams the ball. The result would be more consistency, more and better shots for Kevin Durant, better shots for Westbrook, and relieving James Harden of the burden of playing the point – a position he's spectacularly ill-equipped to play.

Deron Williams destination depends solely on whether he truly desires to be an ultimate winner, or an ultimate also-ran.