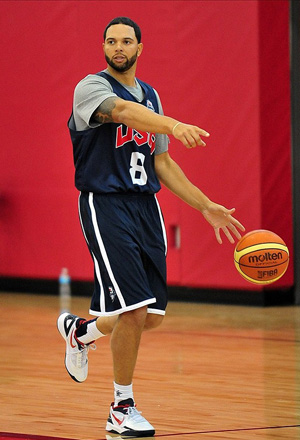 Nets guard Deron Williams talked with the media after practice with Team USA in Las Vegas.

On the new Nets: "Right now there are only two guys I played with last year, MarShon and Brook. So it's pretty much a completely remade team."

On the rivalry with the Knicks: "Hopefully we will have a good competition. It will be a fun match-up. They did a great job this year putting together a pretty good team, and I think we did well. It will be fun."

On Team USA: "This team is much better that the one I played last year in (laughs). It's great to play with these guys, when you step on the court with eleven of the best players of the world. The practice is so much fun, so intense. You just get better, by working with these guys, and everybody here does a good work, that's why they're here."