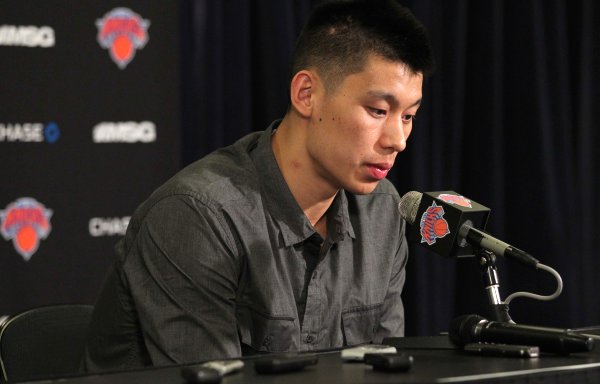 In New York the most virulent form of Linsanity has become just plain sanity.

While most basketball pundits (including me) were unduly impressed by Jeremy Lin’s incredible performances during the 25 games he started, the Knicks are better off without him. Yes, he was responsible for resolving a nasty dispute between two sports cable channels, for the dramatic rise of Madison Square Garden stocks, and for resurrecting the long-suffering Knicks fans passion for their team. And, yes, Lin’s from-the-outhouse-to-the-penthouse story made him an international celebrity.

However, getting beyond the money, the hoopla, and the charges of his being disloyal to the team that gave him his golden opportunity, the X’s and O’s of Lin’s game reveal why his gold would most likely have turned to lead had he returned to New York.

For sure, Lin has significant positives. He has a genius-level basketball IQ and the ability to execute on-the-money passes. His abrupt stop-and-spin moves in the lane are so tricky as to be virtually unstoppable. He’s an adequate, if streaky, perimeter shooter. On defense, he has fast hands plus the knack of knowing when and where to leave his man and unexpectedly attack somebody else’s dribble.

On the other side of the equation, his slowness afoot makes him unable to satisfactorily defend iso situations. This particular flaw makes him a perpetual target for opponents and will force the Rockets to compromise their teamwide defensive balance to protect him from being routinely abused.

Moreover, he’s uncomfortable going left, largely because his somewhat shaky dribble positions the ball too far away from his body. His habitual high dribble with either hand is another reason why Lin’s turnover rate is so unacceptable.

Lin’s weaknesses were mostly overlooked early on simply because the condensed season provided limited chances for other teams to produce detailed scouting reports. However, during his second time around the league, Lin’s flaws were fully exploited in a late-season game against Miami. With the Heat’s game plan focused on him, Lin was embarrassed by the Heat’s pressure defense. In addition, he was easily outmuscled, forced to go left, and doubled by big men whenever he approached the basket.

Before Miami put him in a box, a major factor in Lin’s dazzling success was Mike D’Antoni’s free-wheeling offense that not only allowed but necessitated the point guard’s domination of the ball. This also worked because injuries to Amare Stoudemire and Carmelo Anthony kept them out of uniform for several games while Lin was in the starting lineup. 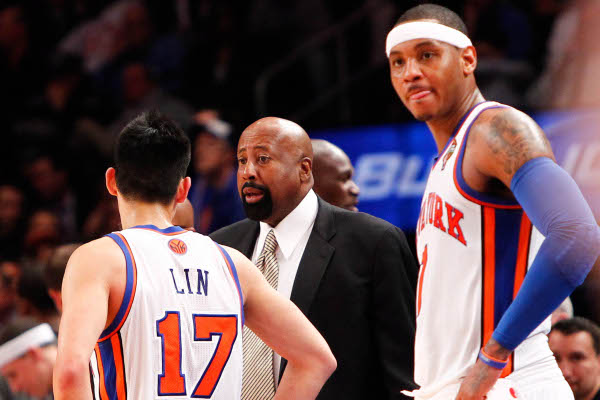 Given Mike Woodson’s slow-down, ‘Melo-centric offensive game plan, there’s no way that Lin could ever reach his previous heights of brilliance simply because his ball-time would be severely diminished.

Moreover, after defenses had the chance to read Lin’s game and make appropriate adjustments, it became clear that Lin is best-suited to be a backup on a playoff-bound team, and a starter only for a bad team (like Houston). In any event, don’t be fooled by Lin’s putting up impressive numbers for the (as presently constituted) lottery-bound Rockets.

In refusing to shell out the big bucks to retain Lin, the Knicks face several problems: Their fans were so inspired by Linsanity and so outraged by his departure that only a fast start by the Knicks in the upcoming season will regain their enthusiasm. Should this indeed occur then Lin will be quickly forgotten.

Also, how does the franchise make up for the lost revenue in Lin-related paraphernalia? Just the sale of Lin T-shirts in China alone added millions to the Knicks coffers.

And what about Lin’s replacements?

Jason Kidd will be 40 before the playoffs commence. Once an outstanding defender, he is no longer capable of guarding any of the league’s current corps of fleet-footed points, but can still hold his own versus shooting-guards. This will certainly cause the Knicks potentially harmful cross-matching problems.

Even in his dotage, though, J-Kidd remains a terrific and unselfish passer. His ability to facilitate and organize half-court offenses is superb, and his on-target long-distance passes take full advantage of running situations. However, his three-point shots are not as accurate as they once were – which is a huge minus given that Melo will be consistently doubled. Plus, Kidd can no longer get to the rim, as evidenced by his averaging less than one free throw per game over the past two seasons. And at his advanced age, a series of physical breakdowns should be expected.

It should also be anticipated that Kidd’s recent DWI arrest will compel him to keep his party-time under control. Not an easy thing to do in the big town.

As for Raymond Felton, who has already been anointed as the starter: His long-range shooting is undependable and he’s not an accomplished finisher. If he’s a mite slow, he’s also very strong – which makes him a slightly less than average defender. Nor does Felton excel in attacking screen/roll defenses.

What Felton brings to the mix is a willingness to pass and to sacrifice his own numbers for the sake of the team. If he breaks his habitual pattern and gets into playing shape before training camp, then Felton can at best be a serviceable point guard.

In sum, the duo of Kidd and Felton lacks Lin’s flash but is more reliable and more able to cope with Woodson’s station-to-station offensive schemes. Taken together, they will return a much bigger (if still somewhat subdued) bang for Jimmy Dolan’s bucks than Lin.