Delfino upset Bucks have not reached out

Delfino upset Bucks have not reached out 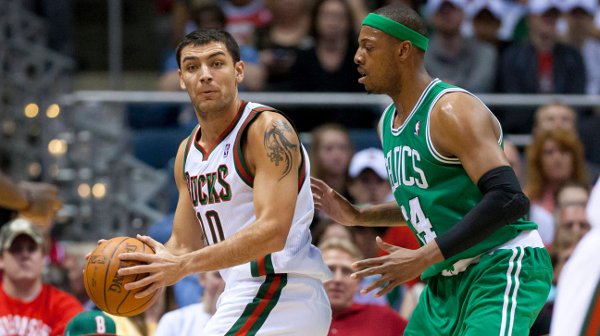 With three weeks into free agency and the Olympic Games around the corner, Argentinean swingman Carlos Delfino remains unsigned. Currently preparing for the tournament with the National Team in Barcelona, Delfino said Saturday he's hearing from several teams around the NBA. The Bucks have not been one of them, though, and Delfino is a little upset about it.
"I expected to have at least a conversation [with Milwaukee]," Delfino told HoopsHype. "I ended up aggravating my injury because I wanted to play with the Bucks. It hurts me a little bit that they have not even reached out to me. That's life, things happen. I learned from the experience. Coach Scott [Skiles] and the owner [Herb Kohl] have been very good to me. The rest… I expected a little bit more. Sometimes you expect not to be rewarded, but to be recognized for your effort, playing through injury and doing things for the group… When that doesn't happen, I don't say that I feel betrayed, but I feel overlooked. Even though it's a business, I think the general manager should have maintained the personal relationship and put value on other things aside from a contract. As a veteran player, I thought it was always good to play no matter what [despite the injuries] and so far it has only played to my disadvantage."
Phoenix, Chicago, Boston, Atlanta and Indiana have all been mentioned as potential destinations for him with nothing coming to fruition so far. The 6-foot-6 Delfino, who is back on the court after undergoing surgery to repair a sports hernia in early May, said he's not nervous about going to the Olympics without a contract.
"It's a challenge to be a free agent and playing with Argentina at the same time, but I'm not worried," Delfino said. "I get along so well with my teammates, this is a great group of guys.
"If something comes up (in the NBA), it will be welcomed. If it doesn't, I'll go back home and spend time counting cows."