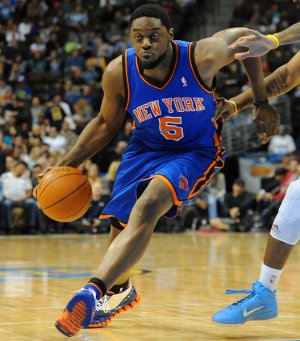 Last week I had meetings with some teams, but nothing has really changed as of now. I'm still talking to a couple of teams more that are interested and keeping my fingers crossed. So right now I'm just looking at my options.

It's nice and you feel good when teams show interest in your talent. I think that I can shoot the ball well and help my teammates and hopefully I will find a new team sooner than later.

In order to stay in good shape, I go to a kickboxing center. It's muay thai style for me. I like to do some alternative stuff for my conditioning, and it's working out well.

My day-to-day routine starts at 7.30 am. I do some exercises and then at about 9,30 I go and begin with my basketball routine. At noon, I do a jump rope session and then the kickboxing session. Sometimes I put some bike running into the mix.

There is a debate going on as of late about the Olympic teams. I'm sure everybody has an opinion about who's better – the '92 Dream Team or the current Team USA that will try to bring home the gold medal.

First of all, it would definitely be a great game between the two. Both sides have great talent, but I think the '92 team just had too much size: Karl Malone, David Robinson, Charles Barkley… It's jus too much for the current guys.

Finally, I have to say something about the horrible thing that happened at a theater in Colorado. When I heard it, I couldn't believe it. You never think that when taking your family to a movie, somebody could do that. A terrible thing. I send my prayers to the families of the victims and the people that were injured.

That's it for now. Talk to you soon!