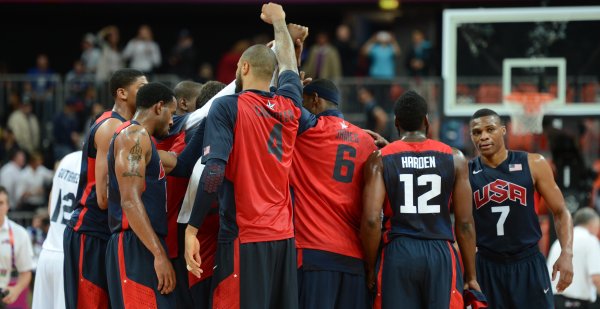 WHY THE U.S. SHOULD WIN

This team of mostly NBA All-Stars has a huge edge in talent and quickness. Their perimeter shooting can be somewhat erratic, but Carmelo Anthony, Kevin Durant and LeBron James in particular can also feast on the slightly-beyond mid-range shots that count for three points in international competition.

Any of their wings and point guards can utilize the slightest brush pick to zip their way into the middle against any man-to-man or zone defense. And the resulting kickout passes always lead to open shots.

While their defensive rim is somewhat unprotected whenever Tyson Chandler is on the bench, their quick-handed perimeter defense challenges every pass and every catch, creates numerous turnovers and leads to the team’s unstoppable run-and-dunk game.

In any late-game clutch situation, LeBron has demonstrated that he can simply take over the offense all by himself.

However, the most significant advantage the U.S. has is its remarkable depth. Their ability to maintain overwhelming 10-man pressure for 40 minutes ultimately wears down teams with shorter benches.

The biggest problem for Team USA is not getting their chops up for the game at hand. This was a shortcoming that nearly spelt disaster against Lithuania and was troublesome early on against Argentina, but will definitely not be repeated versus Australia. 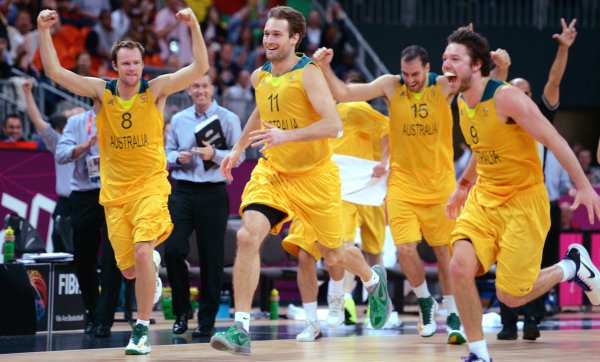 HOW AUSTRALIA CAN WIN

These guys are rough, tough and never stop hustling. They are savvy enough to take advantage of several holes in the Americans' game. To whit: Team USA’s poor baseline rotations that lead to unimpeded layups; failure to get back in defensive transition; inadequate coverage of high pick-and-rolls; and a penchant for relying too much on either launching treys and/or playing one-on-one offense.

When they have possession, Australia shows virtually no post-up game but will have five players in constant motion, cutting, diving, and curling off a variety of picks. Everybody sets solid picks (some in concert with the ballhandler, but most on the weak-side), including their point guards. Most loose balls belong to them, and they never give up on a play.
David Andersen plays the middle and is the only soft guy on the team. His game plan features shooting 3-balls and turn-around-jumpers over either shoulder.
Aleks Maric is a big body whose specialties include setting aggressive picks and playing strong post-up defense. However, USA’s bigs will seldom assume the proper position in the pivot, so Maric’s influence will be limited.
Joe Ingles is the Aussies’ designated iso-scorer. A lefty, he can stop and pull going either way, knock down bonus shots, and use a variety of tricky moves to finish at the rim. On the other end of the court, Ingles also plays earnest defense. He’s the team’s most reliable and most explosive point-maker. Definitely an NBA-quality player.
Patrick Mills can match the warp-speed of USA’s point guard corps, and is the best player on his team. He can drop treys, find space to make layups in heavy traffic, play quick-handed defense, and even draw an occasional charge. Mills is especially dangerous when he receives the ball on hand-offs or curling around elbow picks.
Aron Baynes is long and active in the lane. Give the big guy points for his accurate left hand, but subtract a few because of his shaky passing. In any case, he must be boxed off the offensive glass.
Perhaps the toughest player on this team is Matthew Dellavedova, a belligerent six-foot guard who can drain threes and always plays with a chip on his shoulder. He personifies the blood and guts attitude of the Australians.
If the Aussies can avoid making up-for-grabs passes, get Chandler into his habitual early foul trouble, make their long-balls, and come up with more alert interior defensive rotations, they will at least put a scare into the Americans.
For all of the above reasons, Australia is a dangerous foe who should not, and will not, be taken lightly.