The Top 10 impact players for this season

The Top 10 impact players for this season 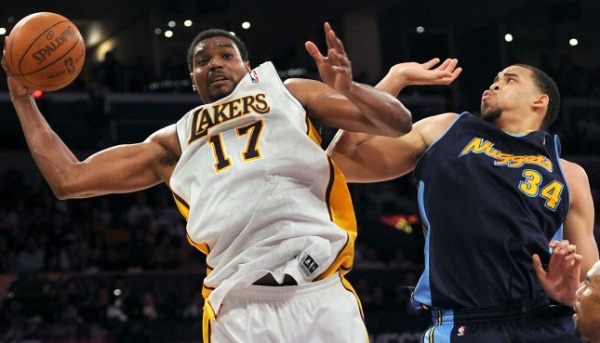 I never lean towards the obvious when it comes to talking about potential breakout players in the NBA. It is easy to say LeBron James will probably win the MVP again this year. It is not out of line to say the Bulls will be mediocre without Derrick Rose. It seems to be a no-brainer on paper that the Lakers will be a force to reckon with in the Western Conference with the additions of Steve Nash and Dwight Howard.

The free agent season was a blast and the draft was quite interesting and now I am more interested in which players will lead their teams to the next level and make us take notice.

I enjoy listing my Top 25 NBA players every season, but this breakout player list is much more difficult based on the amount of changes that occurred this offseason.

But here are my favorites:

A total disappointment last season in Portland. The focus was squarely on his weight. It was obvious he did nothing before the lockout-shortened season started. What point guard at 6-foot-1 weighs a robust 200 pounds? I expect Felton to blossom and get back to the player we saw in 2010-11. Now that he is in New York again, I expect an offseason devoted to getting his body back in shape. The plethora of scorers and well-respected veterans like Jason Kidd, Kurt Thomas or Marcus Camby will keep Felton motivated and productive. He is extremely effective in a two-man game offense and is not afraid to take over. Felton will make fans forget about Linsanity and help the Knicks secure home-court advantage this season come playoff time.

I must admit that I have a hard time giving a player any juice before he actually shows me something, but there's something about Lillard that tells me he's going to explode. I love the fact that a top-quality player stayed at a school (Weber State) that was out of the spotlight and low on the totem pole, but still was found by NBA scouts. That tells me Lillard can ball. In the summer league, he showed glimpses of what could come next. Portland is the perfect situation for him, a place where he'll receive a green light to go. I love his tenacity, scoring ability and physical presence. I am picking him right now as favorite to win Rookie of the Year in 2013.

When Ray Allen got hurt last year, Bradley got the chance to play with no pressure. That gave him an opportunity to relax and not worry about mistakes. That is a great feeling for a young player and he took advantage of the situation. When you shoot 49 percent and over 40 from the three-point line, that definitely grabs coaches' attention, especially when you are doing it in place of an aging Allen. Bradley gave Doc Rivers exactly what he needed to justify Allen's move to a sixth man role. Now Bradley will feel the pressure more than any Boston player because Allen has moved on to hated rival Miami. I expect Jason Terry to push him everyday and that is why Bradley should step up and become a breakout player this season. 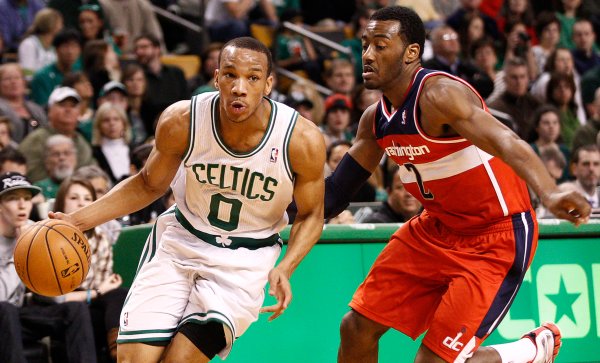 The lowly Wizards have set back a tremendous player with huge upside. It seems like Washington is starting to figure it out by focusing on veteran talent with leadership abilities to surround Wall. I expect him to shine this year and finally prove how valuable he is. He's an extremely unselfish basketball player and that will endear him to his teammates, which should lead to some consistency in 2012-13.

Detroit's roster has only one potential All-Star and it's Monroe. He's been flying under the radar, but Monroe was already one of the league's top centers last season. When you almost average a double-double in your second year on a bad team, it says a lot about your character and abilities. Monroe is just another one in a long list of Georgetown big men that understand effort is supposed to be normal. I have become a fan and can't wait to see how much he improves this year during an 82-game season.

A blur! The fastest player in the league? Lawson is playing in the right place because that altitude in Denver combined with his speed can be devastating for opposing guards. He really stepped up his game during the playoffs and I expect his growth to continue this season. Lawson should be better at the assist game and may get All-Star recognition pretty soon. 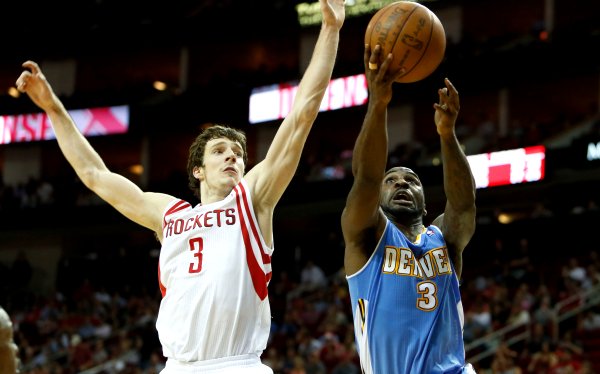 Dragic learned under Steve Nash, moved on to use that experience and gained confidence. Now he is back with the Suns minus Nash and will operate in the same system. A player could not ask for a better transition and Dragic will shine heavily because of it. Scoring and assists numbers will go way up. The Suns have plenty of scorers and he has a potential assist with every pass. His ability to penetrate and attack the glass should improve as well. Since Phoenix had great turnover this offseason, his leadership should be tremendous. He has no excuse… He learned from one of the best ever.

Despite all the embarrassing moments he had in Washington, we still all gushed at the potential of this player that can cover the entire half court defensively. If Anthony Davis is expected to be great, then how can we say McGee won't? If he commits to working hard and listens to George Karl, the sky is the limit. He had a tremendous playoff against the Lakers and that got him a great contract. I would be extremely critical of him this year if he is not in contention for Defensive Player of the Year. This could be his best possible chance to shine. We will see!

The Hornets are officially his team on the offensive end of the floor. If healthy, he will average 23-plus points. Gordon is a relentless scorer with a full package to get it done. The key is his ability to use what's around him and that should boost his assist numbers and his steals per game, thus giving him a chance to be considered for All-Star and All-NBA teams. New Orleans is building a defensive culture with the addition of Anthony Davis and Robin Lopez, which will allow Gordon to become a factor in fourth quarters when they need him the most.

Bynum is the best scoring big man in the NBA. If he stays healthy, he will surpass Howard as the best center. The Lakers did not make a mistake in trading for Howard, but they made a mistake in moving Bynum. After getting traded, most players re-focus. If you give me a focused Bynum, it's going to get real nasty. His footwork is excellent and his confidence has grown with every championship. Doug Collins has a franchise player and now the challenge he faces is figuring out a way to challenge his level of exertion. If he succeeds, then Bynum will become the toast of town in Philly. I fully expect Bynum to make the All-NBA 1st Team and get MVP votes.