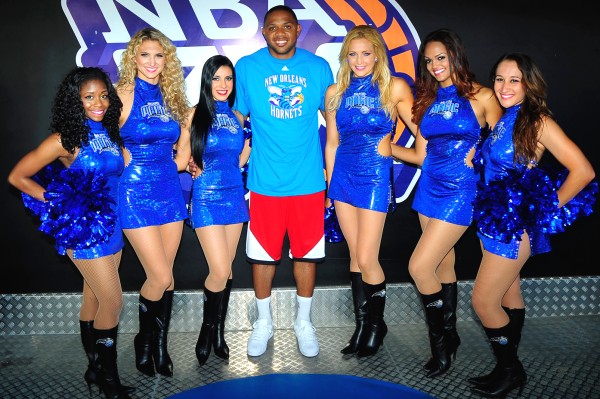 Are we going to see a different Eric Gordon this season?

Eric Gordon: Oh yeah, I'm more of a playmaker now as far as creating my own shot, being consistent and scoring over twenty points per game. So if I keep doing that, I think I should be fine.

Where do you rank yourself among the top guards in the NBA?

Is there a bigger motivation for you this season having missed much of the last one due to this injury and also because you are a max player now?

EG: Yeah, there's a lot of expectation to do well, help the team and help the organization. I'm looking forward to do that.

How were those months when you were injured? Was it stressful not being able to play, especially considering it was a contract year for you?

EG: Yeah, for sure it was frustrating because you're not able to help the team when you know you can. And when I got back I got the chance to help myself and the team. I look forward to having a healthy season and do well. 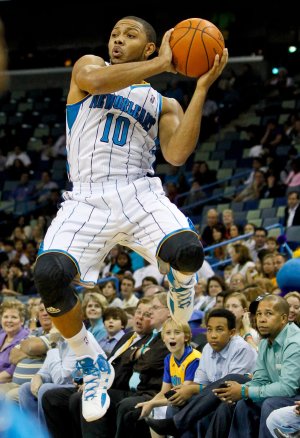 How did yout take the trade from the Clippers to the Hornets?

EG: It was tough, a little frustrating, but as soon as I arrived to New Orleans I was just fine and ready to play basketball.

How would you define those days during the summer when you were a free agent?

EG: Interesting. You're antsy to get a new contract, a new deal with someone and it worked out well for me.

Was it stressful too?

EG: It is because you don't know what's going to happen. You have to get the most for yourself. I guess that worked out well.

Looking back, would you change any of the things you said after signing that offer with the Phoenix Suns?

EG: Well, they came on to the table to give me this big contract, and that was a big motivation for the Hornets to step up and match. They did it and now they made me a big key of what they're doing, so that's what I looked forward to.

Are you happy with the Hornets now?

Are you going to buy or rent in New Orleans?

EG: Right now I'm renting. Things are different out there and you gotta rent.

A couple of years ago you were able to play in Turkey at the World Championships with some of the best players in the NBA such as Kevin Durant, Derrick Rose, Russell Westbrook… How much did that summer help you become a better player? Was it something important for you in your career as far as improving as a player?

EG: Yeah, definitely you improve as a player. Just learning how to win, win a gold medal and playing with those type of caliber of guys everyday just made me better individually.

Was there any player in that team that made you go 'Wow'?

EG: I would say Kevin Durant. He was emerging into really a big-time player. He was big back then, but now he's a different type of animal. He's one guy I saw who had a really good work ethic.

Would you say winning the world championship was the highlight of your career?

How do you think you can help Anthony Davis adjust to the pros? What would be your main advice for him?

EG: You know, keep working hard, working on the things that you need to do. And as a guard, we will come up with pick-and-rolls, stuff like that… I'm going to make it easier for him during the games.

What do you think is a realistic goal for the New Orleans Hornets this year as far as wins?