Bernard James: "My experience gave me an advantage"

Bernard James: "My experience gave me an advantage" 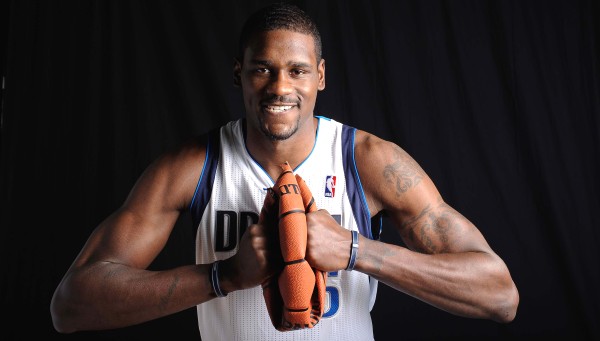 How did it feel to get drafted and hear all the people chanting "U-S-A, U-S-A?"

Bernard James: I felt really good just to see the support and patriotism. The whole night, pretty much everybody who was drafted from number 1 to 32, every draft pick before me, half the crowd was booing and half the crowd was cheering. Just seeing everybody coming together and be one was a great feeling.

Were you expecting to get selected around the 20's? The 30's?

From a financial standpoint, it's usually better to get selected in the first round. But at your age (27), is it a little better to get drafted in the second round, which allows you to be a free agent earlier? Would you agree with that?

BJ: Yeah, I definitely agree. In fact, that was the whole plan with my agent. All the teams that I worked out for were in that range that I was looking for. So I really wanted to go in the first couple of picks in the second round, so I can get to my second contract earlier. Me, being an older rookie, being locked into a four- or five-year contract to start off, is not really good for me. So the quicker I get to my second contract the better.

How did you feel when you finally became a Mav?

BJ: I was happy. I'm from Georgia. I'm from the south and Texas' culture, weather and atmosphere is pretty close to what it's like in Georgia. It's good to be somewhere familiar. A great team like Dallas that won the championship two years ago… They will chase the championship again this year, it's a really good situation for me. They've got a lot of vets that can teach me some stuff.

When did you first see the possibility of playing pro basketball and make a living out of it?

BJ: Probably during the summer of 2011. Up until then my whole plan was to get my dregree and go back in the military. After our Sweet 16 run in Florida State, I faced some of the guys that actually went to the draft and they were like lottery picks I thought, "If those guys are lottery picks and I did well against them, then I can definitely play in the NBA."

You've been to Kuwait, Iraq, Qatar… What was the craziest thing you went through?

BJ: It was in Iraq. I was involved in a mortar attack where six detainees got killed and another 67 were injured. It was just like complete chaos for like about five or six hours trying to get everything under control and make sure everybody was OK and all that.

How was a regular day for you over there?

BJ: I would work from 5 in the evening to 5 in the morning. Most days were pretty boring but some days there were like riots and stuff and we would have to break out our gear – smoke grenades, pepper spray, all that stuff… The average day was pretty boring: account for all the detainees, feed them and that was pretty much it.

How did you go through those days?

BJ: You had to stay alert , but you had pretty interesting conversations with the people you worked with.

You mean the co-workers, not the detainees…

BJ: Yeah, not the detainees (laughs). But you did to talk to some of them. We had kind of a relationship with them. If we treated them well, the guys in charge in there would make sure that other guys didn't cause problems. if we treated them with respect, it was less problems for us. We knew who they were and if there was a problem they could talk to us. But for the most part it was just talking with our co-workers. Telling stories, talking about situations we've been in, training, all that.

Do you keep in touch with your friends there?

BJ: Yeah, I've got hundreds of friends on Facebook that I was in the military with. There's probably 10-11 guys that I talk to maybe like once a week on the phone, they text me throughout the week and I text them back.

What do they say when they see you're in the NBA now?

BJ: They are super excited! All of them want tickets! But it's good, man. I've got a lot of people around the country that support me and follow my career.

Do you regret not being more serious about basketball earlier in your life?

BJ: Definitely not. I don't think I was ready when I was younger from a maturity standpoint. Handling this when you are 18 or 19… I've got a lot of respect for those players. You gotta be really mature and really dedicated to be able to handle this. I don't think I could have handled it at that point. Right now I'm in a really good situation and my experience actually gave me an advantage over my peers.

Basketball is a job or a passion for you?

BJ: A passion. When I first started in college it was probably more of a job. But after four years of that much basketball, if you don't love it, you don't make it through it. I definitely grew to love it and it's a passion now. I wanna get better everyday. I want to work hard and earn my pay.

Do you see yourself going back to the military life once basketball is over for you?