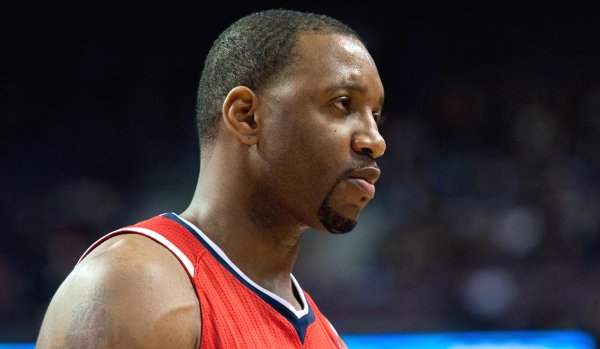 With the economies of the three southern European countries (and its respective leagues) taking a nosedive, fringe NBA players are looking for new destinations to make a living playing pro basketball overseas.

Greece's ESAKE, a traditionally powerful competition that attracted highly-touted Josh Childress just four years ago, has only signed an NBA player in the last three offseasons – that one being BJ Mullens, who ended up playing just one official game with Athens club Panionios.

The situation is not much better in Spain and Italy.

Former Blazer Rudy Fernandez was the only NBAer to sign with an ACB club during the last summer. Fernandez received a great contract from Real Madrid, but the signing was clearly an outlier. The team's basketball branch loses money every year, but Fernandez was affordable for the current Spanish Cup champions thanks to the financial strength of the historied soccer club, the winningest in the world and also one of the wealthiest.

Of the 170-deep 2012 NBA free agent pool, former Sixer Craig Brackins was the only one leaving the NBA for Italy's Lega.

The turn for the worse has been quick for Italy, Spain and Greece. Between 2006 and 2010, 67.5 percent of the players that signed overseas before the start of the NBA regular season ended up in one of the three leagues. During the lockout year, that figure went down to 26.2 percent. This season, it's 11.7 percent.

"The Spanish ACB used to be the top league, but the fundamentals of what they can afford have changed quite a bit," agent Mark Bartelstein said. "The middle to lower level teams have taken a big hit. Players that maybe were making $250,000 (for a year) are making $80,000 to $100,000 now."

While ACB, ESAKE and Lega fall off the radar, China and, to a lesser extent, Turkey have emerged as alternative destinations. Between 2006 and 2010, only 6.4 percent of the players that joined foreign teams during the NBA offseason inked deals with Chinese or Turkish clubs. The number grew to 21.2 percent in 2011 – including players like All-Star Deron Williams, who competed for Besiktas of Istanbul for two months during the lockout. This offseason more than half the players going international (52.9 percent) enrolled Chinese or Turkish sides.

"China is paying the most for the shortest period of time so it becomes obviously the most attractive option," agent Bernie Lee said.

Many more players are likely to follow Tracy McGrady's trail and move to basketball-crazed China in the future.

"Players that might be getting minimum deals in the NBA might very well gravitate towards going to China vs. waiting on an NBA contract," according to Bartelstein.

While the cultural impact is bigger in China, the CBA has some advantages over the traditional European powers. The competition is not that demanding, building a brand is easier for big-name players and the season comes to an end earlier, which allows players to give the NBA another try before the year is over. Not to mention that getting paid in time is a little less tricky.

"There are no safe places in Europe anymore," agent Bill Neff said. "FIBA may help but in many, if not most places in Europe, you now spend your time chasing your player's money instead of managing his career.

"At the end of the day, your player wants to be treated well and your job is to try to ensure that this happens. In Asia, that is more likely to happen today."