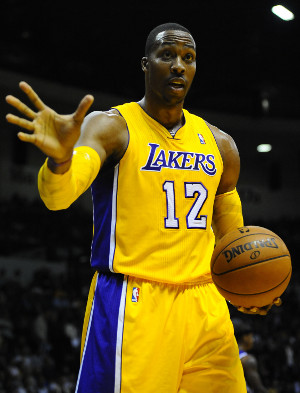 Several NBA players changed addresses during the offseason giving many teams a drastic new look. Here is one person’s opinion on the ranking of the impactful new players (excluding rookies). A player’s impact on how his team will contend for a playoff spot and/or championship was taken into consideration.

There are players who have changed teams who aren’t on this list who eventually will make an impact so this is obviously subject to revision – and plenty of debate.

1. Dwight Howard, LA Lakers. He returned late in the preseason after undergoing back surgery. Howard won’t be needed to carry the offensive load and when healthy, remains one of the top defensive players and rebounders in the NBA.

2. Andrew Bynum, Philadelphia. Bynum, 25 on Oct. 27, has had issues with his knees that kept him out the entire preseason. If healthy, he gives the 76ers an All-Star caliber low-post scorer and defender. The Sixers hope to have him for the beginning of the regular season, but nothing is assured.

3. Steve Nash, LA Lakers. The Lakers hope his unselfish nature is contagious. Nash fills the major weakness of the Lakers. At 38, his minutes will have to be watched, but he still has All-Star ability.

4. Joe Johnson, Brooklyn. This six-time All-Star has an outrageous contract, but he can still play. Teamed with Deron Williams, he should provide the Nets with one of the best backcourts in the NBA. The 31-year-old Johnson has averaged 16 or more points nine consecutive years and last year shot .388 from beyond the arc, his best since 2004-2005.

5. Andre Iguodala, Denver. While often maligned in Philadelphia, this Olympian is among the NBA’s top defenders. His scoring average has dropped each of the last four seasons, but last year he shot a career high .394 from beyond the arc and he is deadly in a transition game that the Nuggets like to employ.

6. Jeff Green, Boston. Technically he’s not a newcomer, but didn’t play last year due to a heart ailment, but should give Boston a tremendous boost in the frontcourt.

7. Jason Terry, Boston. Even at 35, he’s a younger option than the player he’ll replace in Ray Allen. Terry is among the top bench scorers in the NBA, capable of providing instant offense.

8. Ray Allen, Miami. He will give the Heat some desperately needed outside shooting but must prove at age 37 that he can stay healthy after ankle problems last year.

9. Kyle Lowry, Toronto. This is an underrated acquisition from Houston. Toronto has had a reputation for being a soft team and Lowry brings toughness, a defensive mindset and the ability to run the offense from the point. He’d be listed higher if Toronto were a playoff contender. 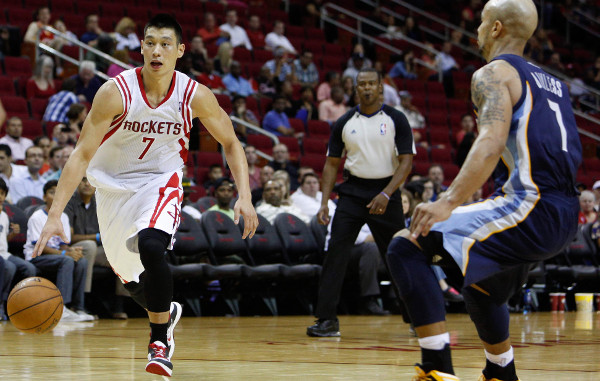 10. Jeremy Lin, Houston. After a sensational start with the Knicks, the league seemed to catch up to Lin. Now it’s his time to show he has adjusted as he gets to run the offense in Houston.

11. Andrei Kirilenko, Minnesota. After spending a year playing in Russia, Kirilenko returns to the NBA, with a reputation as a top defender and erratic offensive players. With Kevin Love injured to start the season, Kirilenko will be expected to produce offensively from the start.

12. Raymond Felton, New York. Felton is in his second stint and is looking to show that last season’s disappointing performance with Portland was an aberration. He gives the Knicks a solid performer, but unspectacular performer at the point.

13. Lou Williams, Atlanta. This is one of the NBA’s more unsung free agent signings. Williams comes home to Atlanta and provides instant offense off the bench. He led the 76ers with a 14.9 scoring average despite not starting a single game.

15. Goran Dragic, Phoenix. He returns to the Suns, where during his first stint he started just five of 183 games. Now Dragic will be the Suns starting point guard.

16. Marvin Williams, Utah. He was always criticized because Atlanta selected Williams second in the 2005 draft, ahead of Deron Williams and Chris Paul, but he’s been a solid player. Last season he shot a career-best .389 from beyond the arc and will give the Jazz a major three-point threat.

17. Omer Asik, Houston. Many felt the Rockets overpaid the former Bulls center (three years, $25 million), but he will provide rebounding and shot blocking and any consistent scoring will be a bonus.

18. OJ Mayo, Dallas. Especially with Dirk Nowitzki out for the early part of the season, Mayo must shoulder even more of the scoring load for the Mavs.

19. Dorell Wright, Philadelphia. He was the starter the past two years in Golden State, but will be a major perimeter threat off the bench. Wright could play the small forward or even some time at power forward and will also benefit the Sixers transition game. He is a very underrated pickup.

20. Hasheem Thabeet, Oklahoma City. He has been a major disappointment in three other stops, but won’t have high expectations and will basically be asked to block shots and rebound. Playing with such a talented team should bring up his game.

21. Courtney Lee, Boston. This is the 27-year-old guard’s fourth team, but he is a capable scorer and defender and should be a key contributor as a starter or reserve. 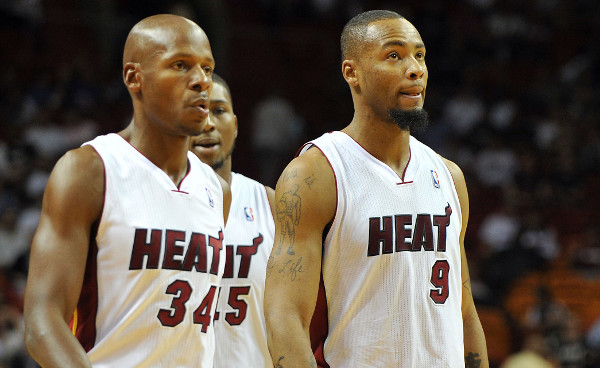 22. Rashard Lewis, Miami. With Ray Allen, he gives the Heat another perimeter threat and should be energized after playing last season with Washington.

23. Ryan Anderson, New Orleans. The NBA’s Most Improved Player with Orlando, gives a team that was 29th in three-point shooting a viable option from the perimeter.

24. Luis Scola, Phoenix. He will bring defense and his relentless hustle to the Suns frontcourt. An underrated scorer with a career 14.5 average, Scola isn’t flashy, but gets the job done.

25. Darren Collison, Dallas. He will be asked to run the show at the point. Scoring won’t be expected, but taking care of the ball will.

27. Ben Gordon, Charlotte. He will have the keys to the offense and give the Bobcats some needed scoring.

28. Samuel Dalembert, Milwaukee. While he has never developed a true offensive game, Dalembert is a defensive presence who has averaged 1.9 blocked shots per game. Also durable, he has missed a total of three games over the last six years.

29. Maurice Williams, Utah. He will be Utah’s starting point guard after playing extensively but not starting last year for the Clippers due to the presence of Chris Paul.

30. Arron Afflalo, Orlando. A hamstring injury has sidelined him this preseason, but when healthy is expected to be the Magic’s top backcourt defender.

31. Devin Harris, Atlanta. This one-time All-Star is not among the elite point guards, but will be serviceable.

32. Elton Brand, Dallas. The Mavs will benefit from his professionalism, but age is creeping up and there are some nights Brand simply won’t have it. 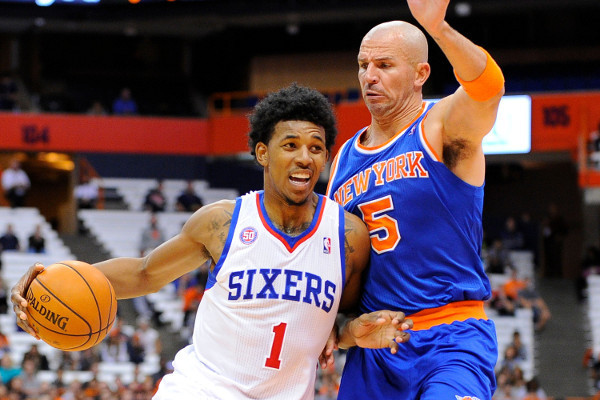 33. Nick Young, Philadelphia. Young was a major scoring force off the bench in the preseason and is expected to have the role previously owned by former sixth man Low Williams. He is a streaky shooter, who has the ability to be a volume scorer.

34. Carl Landry, Golden State. Not a flashy player, but effective, whose work ethic will help a young Golden State team.

35. Trevor Ariza, Washington. On a young team he gives the Wizards a veteran presence.

36. Emeka Okafor, Washington. He has had an underachieving career after being the second pick in the 2004 draft. Still, on a team that needs defensive help, he should be a solid addition.

37. Landry Fields, Toronto. Probably overpaid as a free agent but will be a solid contributor as a swingman. Has to show more consistency than he displayed with the New York Knicks.

38. CJ Miles, Cleveland. This swingman brings a professionalism to a young team. While he is only 25, Miles has seven years of NBA experience, all with Utah. 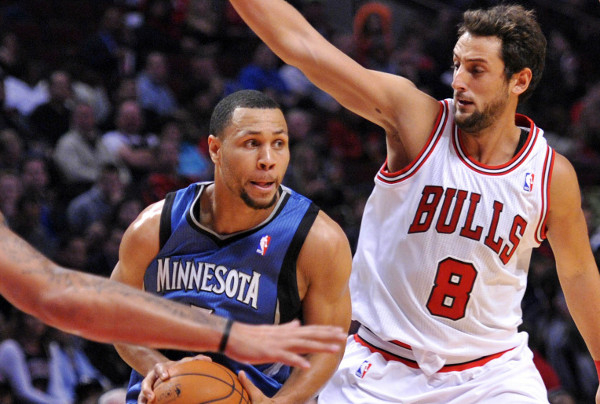 39. Brandon Roy, Minnesota. He has come out of retirement even though his knees are far from 100 percent. Still, if used wisely, Roy could be a double-figure scoring on a team that could use his offense.

41. Grant Hill, LA Clippers. Hill has been bothered by sore knees this preseason. If healthy, the 40-year-old Hill will make his greatest contribution on the defensive end.

42. Lamar Odom, LA Clippers. After a highly disappointing season with Dallas, Odom has been been sidelined with sore knees this preseason. He must show he has the conditioning to be a contributor, but if so, he can give the Clippers frontcourt depth.

43. Marcus Camby, New York. He has been sidelined by a calf injury. If healthy, he gives the Knicks a strong interior defender off the bench.

44. Antawn Jamison, LA Lakers. While he hasn’t enjoyed a strong preseason, Jamison could provide offense off the bench.

45. Andray Blatche, Brooklyn. After an underachieving career in Washington, he has played well this preseason, seemingly energized by being on a team with legitimate playoff aspirations.

46. Gerald Green, Indiana. He resurrected his career last season in New Jersey and now figures to be part of the Pacers deep rotation. Green is among the top athletes in the NBA.

47. CJ Watson, Brooklyn. A very underrated performer who fared well in the playoffs last year for Chicago after Derrick Rose was injured, he gives the Nets true guard depth.

48. Kirk Hinrich, Chicago. While the 31-year-old Hinrich isn’t the player he was during his first tour of duty with the Bulls, he provides, good defense, intelligence and the professionalism that will allow him to fit in well.

49. Kyle Korver, Atlanta. He is among the top three-point shooters around although Korver won’t make anybody’s all-defensive team.