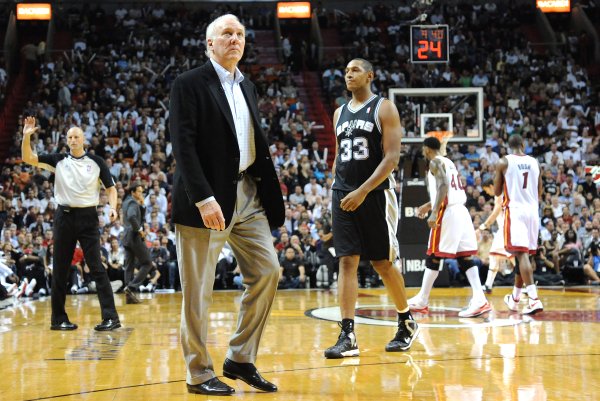 The San Antonio Spurs’ late-November road trip consisted of six straight away games over a nine-day span, culminating with four games in the last five days, including a double OT win against Toronto. No doubt tired and heading into a tough road game against the NBA champion Miami Heat, Spurs’ coach Gregg Popovich elected to rest Tim Duncan, Tony Parker, Manu Ginobili and Danny Green, sending them back to San Antonio for some much-needed R&R. A grueling 82-game season. Three NBA veterans with a combined 36 years of NBA service. A fresh Miami team coming off of a whopping zero games in their last four days. Seems like a pretty rational move by coach Pop, doesn’t it?

Commissioner David Stern responded to coach Popovich’s decision by immediately denouncing the move, which was made without prior notice to the NBA, the Heat, or to the media. Promising to levy “substantial sanctions,” Stern followed through by issuing the Spurs a $250,000 fine. In a statement and after looking at the “totality of the facts,” Stern concluded that the Spurs “did a disservice to the league and [its] fans."

This is a terrible move by Stern for a variety of reasons. To name a few:

1) He made the ruling as a pure exercise of his power, without the solid backing of coaches, players, owners, fans, and/or well-established precedent.

2) He punished a team for making a strategic, rational decision that was ultimately calculated to increase the team’s wins over the course of a brutal 82-game season. Many NBA fans don’t meaningfully tune in until the playoffs; risking injuries to key players needed for a playoff run would be the ultimate “disservice to the league and [its] fans.”

3) While keeping mum as usual, coach Popovich can be presumed to have made the decision with a desire of protecting his oldest, most valuable, and/or most played players’ health, following a grueling but successful run of four games in five days. The league should support decisions which maximize the value of its key asset, the health of its players. Stern’s harsh actions make him appear calloused towards the health of aging veterans.

4) NBA fans don’t even back Stern’s decision. As of the time of this writing, in a poll of nearly 30,000 NBA fans, 82 percent concluded that his punishment was too harsh, with only 6 percent feeling that it was too lenient. On the NBA’s own website, over 35,000 fans let their opinions be known, and 60 percent agreed that there “shouldn’t have been any fine in the first place” with an additional 17 percent feeling that the fine was “overkill”.

5) Coming off of a lockout-shortened season in which the NBA was willing to tolerate the disservice to fans of 240 games being canceled altogether, Stern’s move looks particularly hypocritical. Even the far greater disservice of a lockout has not impeded fans’ spending on the NBA, as revenues are projected to be up 20 percent in 2012-13 (as compared to the last full season, 2010-11), hovering around the $5 billion mark for the first time in league history.

6) These sanctions create a slippery slope. A power grab for the Commissioner’s Office, Stern will be able to fine all sorts of behaviors that could potentially, arguably, or hypothetically be a “disservice” to fans. What if a coach sits just two of his starters? What if a star player has a very minor injury that he could definitely play through and the coach decides to rest the player? What about the end of the season, when teams locked into playoff positioning decide to rest their key players for the playoff push? What about a coach who did just what coach Popovich did except informed the league a few days before the game? 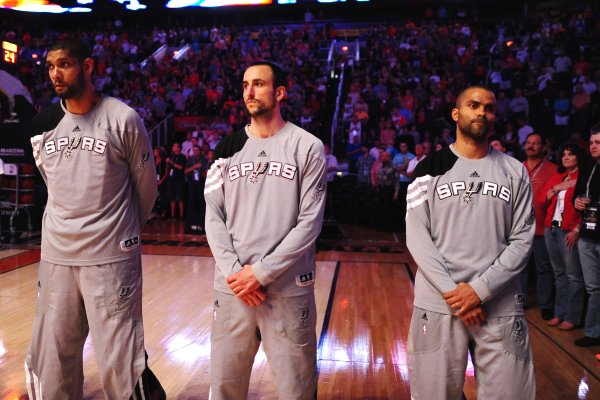 7) Stern partly justified his sanctions by citing the lack of notice that the Spurs gave surrounding their decision. What would an extra few days really have done here? Most NBA fans planning on attending a matchup of this billing, with this many future Hall of Famers, would have acquired tickets far in advance. Being that the game was in Miami against the defending champions, this game was probably sold out months ago. The only stakeholders who would benefit from the additional notice would be the relatively small number of fans buying re-sold tickets in the couple days leading up to the game, a small population indeed (and also possibly not the most die-hard of fans).

8) The Spurs aren’t a serial offender for resting their best players in big games. And there’s obviously no legitimate risk of the Spurs, or any team, letting such a strategy get out of control (coaches try to win, or else they get fired [unless we’re talking about tanking for lottery purposes]). Gregg Popovich and the Spurs are a top-class organization that has made the NBA proud on many occasions; both deserve better from the NBA. Due to the unprecedented nature of this fine, the commissioner could have at least issued a stern warning (no pun intended) along with a suggested fine should the Spurs repeat such behaviors in the future.

9) The NBPA (Players’ Union) should be up in arms about this fine, particularly as it regards the older veterans in the league. If teams face steep fines for resting their older players, the NBA effectively creates a tax on having such players on the roster. If older players need to be rested, and if teams have to pay their salary while resting as well as Stern’s rest tax, then there could be an unfair (though not necessarily illegal) bias against employing older players. If teams were forced to rest these players to make them valuable and available for a playoff run, and if a steep tax coincided with such rest, then teams could use this as leverage in negotiating down older veterans’ salaries.

At the end of the day, the NBA needs a clear set of rules regarding the process for strategic resting of players. Stern should not just levy steep fines without precedent as he sees fit under the guise of protecting the fans (who disagree with him).

Since schedules are available before the season begins, a process could be put in place whereby teams could make a certain number of rest requests in which specific games are requested for resting players. Popovich could have known before the season that this road trip would be a taxing one (again, no pun intended) and that this game, culminating in Miami against a championship team that would be coming off of plenty of rest, could be an ideal game to rest players. Of course, just because a coach requested a “rest game” would not require him to use it as such.

While such a solution would not be perfect (e.g. a series of overtime games could result in a team being unexpectedly overtired [perhaps an emergency rest request could be made available?]), it would give more information to fans and would provide coaches with the autonomy necessary to run their teams strategically, maximizing their long-term chances of winning.