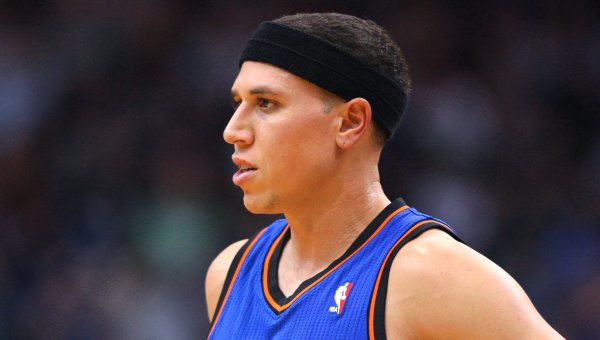 With the regular season underway, 14-year NBA veteran Mike Bibby is on the outside looking in for the first time in a long time. The offseason came and went and Bibby, like a bunch of other experienced players, remained unsigned. But the former King is not giving up on his NBA career just yet. Bibby is working out in the Phoenix area, playing pick-up ball and waiting for the phone to ring.

"I'm getting ready for any call," Bibby told HoopsHype in an interview. "It's reassuring that Derek Fisher got that call. People are still getting calls right now. It can happen somewhere down the line, I'm not worried about that. I'm just keeping myself ready when that call comes."

Bibby, probably one of the best players never to make the All-Star Game in the last 15 seasons, averaged career-lows all across the stat board while playing for the Knicks last year. The 6-foot-2 guard admits he was not in top shape for the lockout-shortened season and, well in his thirties, he paid the price.

"Last year everybody was telling me 'It's a lockout, lockout, lockout', so I was trying to take it easy, saving my body a little bit," Bibby said. "Then two days later I have to be here and go. It was tough to have only a few days to get in shape into training camp. Not being in shape at the beginning of the season, I think it hurt me."

He ended up the year on a brighter note, averaging 23.6 mpg and shooting 41.2 percent from three in the playoffs for the point-guard depleted Knicks. Bibby, who claims to be in much better shape now, thinks he can still contribute in many ways.

"I can bring leadership, I can play mentor, I can play whatever role that the team wants me to play", Bibby said. "I can still shoot the ball. I feel I can still move pretty well, getting the ball to the stars on the team… Doing a little stuff like that. I'm a good locker room guy."

"I think the window of opportunity for players like him will open around December 15, when teams are able to trade some of the free agents they signed," Falk said. "I'm cautiously optimistic he will get signed between mid-December and mid-Janaury. He would be a good addition for a playoff team. He can win playoff games with his shooting."

Both Bibby and Falk said there's zero chance of a D-League stint to get more exposure.

Bibby, who has collected well over $100 million in salaries throughout his pro career, says the focus in a potential final stand in the NBA would be to get that title he came close to winning with Sacramento and Miami.

"I still think I have a chance to get a ring," Bibby said. "I can give a team good minutes still. There's still a chance for me to go out there and get that championship."