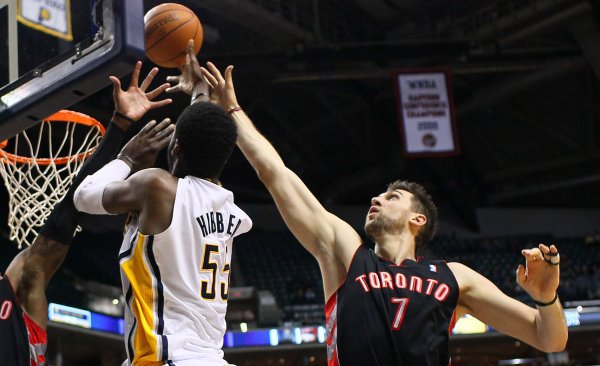 While NBA players are undoubtedly incredibly skilled, several of them have shortcomings that have nothing to do with their skill-set. Indeed, virtually every player in the league can be slotted into one (or more) of several possible (and usually diametrically opposite) categories that help to define their respective game plans. For example:

Clutch players as opposed to those who routinely choke in the endgame.

The shooters and the non-shooters.

The defenders and the defenseless.

The coachable and the uncoachable.

Mature players and childish ones.

The following list contains those players (in alphabetical order) who are universally deemed to be “soft”. But what exactly does this term signify?

Smalls, of course, are not expected to habitually challenge bigs at every opportunity – especially when there might be a weight differential approaching 100 pounds.

Also not every player who relies on finesse is necessarily soft, but those who habitually avoid physical contact do qualify.

The following softees can, and are, frequently singled out by opponents and subjected to maximum body-to-body abuse, only because this crude and often brutal tactic can usually intimidate them.

It should also be noted that soft players must be spectacularly talented or have at least one noteworthy specialty in order for them to survive in the sometimes bloodthirsty NBA competition.

ANDREA BARGNANI: Shoots like a small forward and rebounds like one. Except for an occasional long-armed blocked shot, this seven-footer also plays negligible defense. During his career, his aversion to mano-a-mano confrontations is evidenced by Bargnani’s averaging a mere 3.4 free throws per game.

OMRI CASSPI: Gets bumped and bounced so much that he’s practically useless when forced to play half-court offense.

MIKE DUNLEAVY: Another player who gets bullied for profit, especially on defense. 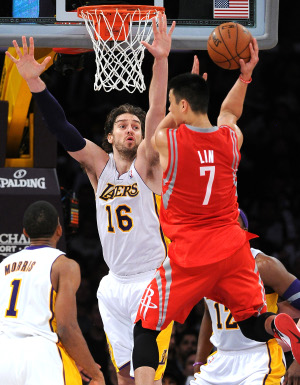 PAU GASOL: As soft as the Michelin Man, but incredibly long-limbed, super-smart, and extraordinarily talented.

SPENCER HAWES: Would rather take one-on-none jumpers than alligator-wrestle in the shadow of the basket.

ANTAWN JAMISON: Here’s what a staff member of a team he used to play for says about him: “AJ plays like he’s made of cotton candy. Even when he posts up, which he rarely does, he’ll wind up taking a fadeaway jumper.”

JEREMY LIN: In addition to his long-distance shooting being shaky and his mediocre left hand, ornery chest-to-chest defense can render him useless.

KEVIN MARTIN: Is quick and slithery, has great range, and can light up a scoreboard, but the slightest bump derails him.

RICKY RUBIO: Quick, clever, great court vision, etcetera. But just might be the softest player in the NBA.

AMARE STOUDEMIRE: Since his leg miseries have cost him at least two steps, he’s become primarily a jump shooter. Now that opponents can catch him, they’re eager to bang him around. He avoids the bumping-and-thumping in the low-post as though the paint is really a pit of quicksand.

The brevity of this list is proof of just how rough-and-tough NBA action really is. The list of bona fide tough guys will be much longer.