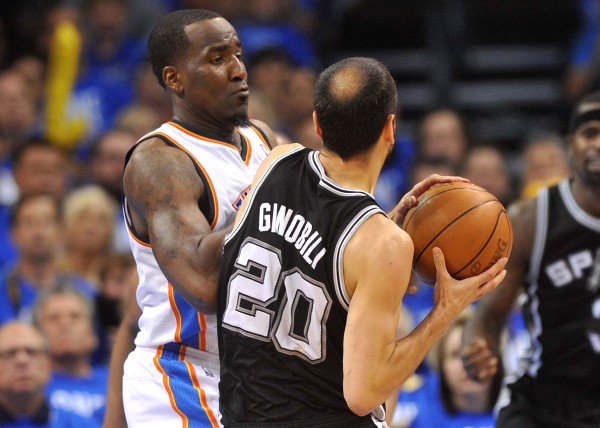 There’s a gang of bona fide tough guys playing in the NBA, and they come in various sizes and with various characteristics.

On both ends of the court, the big men willingly use their elbows, hips, shoulders, forearms, and/or hands to gain positional advantage. They are always fearless, often belligerent, and forever challenging their opponents’ will to win.

The smalls are likewise loathe to avoid physical contact. They’re not afraid to set picks on bigs, to find a body to smack into when they drive to the hoop, or to retaliate when unnecessarily banged by anybody.

While some tough guys are liable to descend into outright dirty play (with Dave Cowens being cited by his peers as being the most egregious example), most adhere to accepted protocol. Deliberate contact with knees, faces, and necks are verboten; as is taking out a player’s legs when he is airborne.

Here, then, in alphabetical order are some of the league’s tougher-than-dirt players: 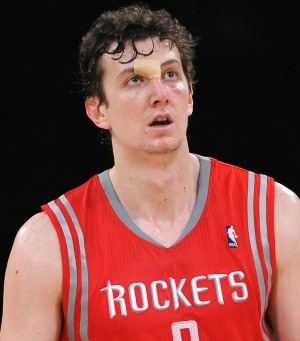 Omer Asik compensates for his (relative) lack of athleticism by making the most of his mass and strength.

Reggie Evans measures only 6-foot8 and 245 pounds, yet his non-stop aggressiveness makes him an outstanding defensive center, rebounder, and pick-setter.

Derek Fisher augments his savvy and his clutch shooting with a forceful physical presence.

Manu Ginobili is not afraid to risk bodily harm when his all-out drives slam him into opponents’ monstrous rim-protectors.

Chuck Hayes is a 6-foot-6 center whose forte is unyielding rough-and-tough defense.

Jarrett Jack plays point guard with a ferocious intensity that dares bigger players to try to Bogart him.

Kendrick Perkins loves to alligator-wrestle in the low post.

Metta World Peace has lost a few steps, but his hand-speed and his ornery tough-as-nails defense are still intact.

From Wally Osterkorn to Zelmo Beatty, from Vern Mikklesen to Eduardo Najera, the NBA has always featured bully-boy players, but I was fortunate to witness an unusual example of pure, unadulterated, and joyfully consensual on-court brutality. This took place several years ago during a pre-season practice of the Washington Bullets. Known together as the Bruise Brothers, Jeff Ruland (6-foot-10, 275) and Rick Mahorn (6-foot-10, 260) were on opposing teams during an intrasquad scrimmage.

With no referees on hand and no protocol to follow, the two behemoths were free to beat on each other. Their routine collisions shook the rafters and compelled their teammates to run wide circles around the pair. After one Brother landed a solid elbow on the other’s sternum, shouldered him to the floor, or committed some other act of mayhem, the victim of the moment would smile and say, “That was a good shot, man!”

This exhibition was either a perfectly balanced combination of masochism and sadism – or else a demonstration of two guys who were tougher than tough.

NBA action is for men only. 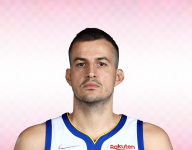 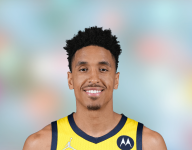 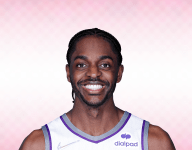 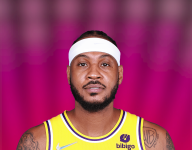 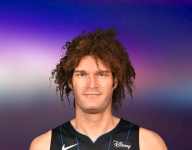 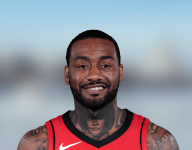