Cousins a poster child of what's wrong with this system

Cousins a poster child of what's wrong with this system 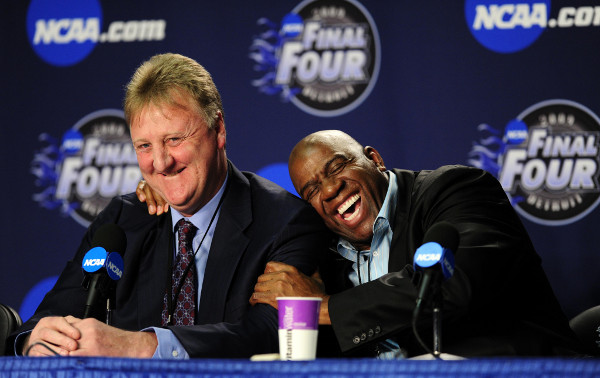 David Stern was a marketing genius when he decided to go opposite the normal marketing thinking when it came to sports. Instead of marketing the team, uniform and logo, he put the players front and center. That saved the NBA from losing a number of teams in the 80's. At the time the NBA was so low on the totem pole that the NBA Finals were tape-delayed.

Stern had two aces in the hole in Magic Johnson and Larry Bird. These two players were beyond their years as basketball players and their maturity level off the charts. The really helped the league's notoriety and finances

The other key rarely mentioned in the NBA's turnaround was that most players at the time were mature and well-schooled at understanding the game. They recognized it was a privilege to play professionally.

Magic and Bird were given superstar treatment before the rings. They had commercials, dollars and fame before they even played one NBA game. This obviously bothered their peers, but they quickly recognized those two were the real deal and accepted their rock-star status with admiration and respect.

Magic's early entry into the NBA as a college sophomore officially started an avalanche of players leaving school early. Everybody wanted to take the same path. Nowadays, it's almost a negative if a college player stays in school past his second year.

The league has at times suffered because of this trend.

Enter DeMarcus Cousins. The Kings center has become a shining example of a talented player that has no clue about respecting the game of basketball. Although he was physically ready for the NBA, he was not (and still is not) mature enough to handle the responsibilities in front of him.

When critics are comparing you to guys that played the game with passionless effort, with a total disregard for authority and you still exhibit actions validating their opinions, you would think something would click.

Cousins has been in the league for three seasons and already he has more suspensions, confrontations and run-ins with coaches, teammates and opposing players than it would take 100 players to accumulate over 10 seasons.

He has no limits. I found it utterly ridiculous, dumb and hysterical that he would attack former player Sean Elliott after a game because he talked about his attitude during a San Antonio Spurs broadcast.

The sad part is I truly believe he had no idea who Elliott was. Well, he was a tremendous player and person in the same league he is playing in and one he should be getting advice from and not wanting to fight.

Now think about this: It's coming from an individual who entered the NBA one year removed from high school.

When I came into the NBA as a four-year college student/athlete, I was afraid, respectful and ecstatic that I was living out a dream. I had no time to allow any negative aspect to enter my frame of thought.

If a coach wanted to teach me, I was experienced enough through four years of Lou Henson at Illinois to allow him to teach, discipline and lead me to success on and off the court.

I loved and appreciated everything about playing this game. 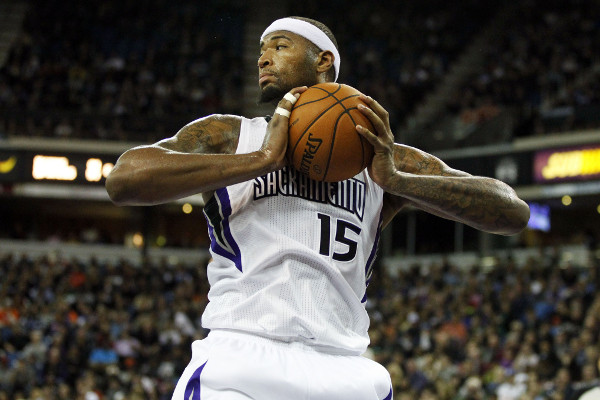 The Cousins situation proves we must go back to the old way of bringing athletes to the pro level.

The days of allowing teenagers to live like grown men on and off the court have to end. They say the human brain does not fully develop until the age of 25. If that is the case, why are we expecting young men like Cousins to handle money, fortune and fame as teenagers?

When Cousins arrived in Sacramento, they had already put in place an absurdly large poster depicting him as a savior.

Then he got away with removing Paul Westphal as the head coach and fighting teammates. Now he totally disrespects head coach Keith Smart in front of the team.

His punishment was a brief suspension.

Are you kidding me?

The Kings should have punished him harder and then sit him on the bench till he earns his way back.

What is even more appalling to me is the fact that other NBA teams are trying to trade for him. If he can't even respect the opportunity to play for USA Basketball and conduct himself sensibly, what makes them think he will all of sudden become mature enough to perform for them?

What kind of message are we sending to Cousins when he is aware other teams still want him despite his actions?

Well, it's the same message he has gotten since he picked up a basketball.

Parents, friends and relatives patted him on the back despite his faults without reprimanding and getting him help.

AAU coaches didn't teach him discipline and the value of leadership because, for the most part, they didn't want to lose a possible golden parachute.

John Calipari at Kentucky is a one-and-done coach, so he only has a kid for about six months. They usually don't even finish their second semester.

So why are we surprised Cousins is melting down like so many other talented players before him?

This needs to stop soon.

We can't allow young players to damage themselves and the game of basketball.

Depression plays a serious role in all of this for young athletes. Keeping them in a learning environment for at least three years of college basketball would be the single most important adjustment the NCAA and the NBA could ever make to save the game.

I sincerely hope he turns it around and lives up to his tremendous potential as a basketball player. But if he continues to disrespect the game and those involved in it, he needs to become an example and a warning to young players who are looking at his actions.