The NBA's most overrated players

The NBA's most overrated players 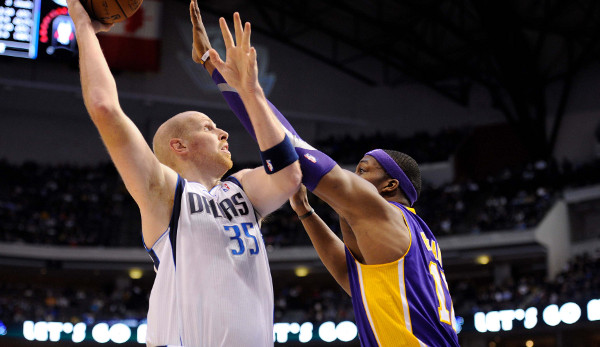 Don’t be fooled by stats, fan-voted All-Star Game appearances, highlighted plays, and/or media hype. While every combatant in the NBA is a truly great player, too many of them are gauged by these grossly misleading standards.

Here is my latest collection of the NBA’s most over-valued no-so super stars:

Dwight Howard heads the list. Yes, Mike D’Antoni’s ill-fitting offense is partially to blame for Howard’s relative invisibility with the Lakers. But Howard deserves no sympathy points for his post-surgical mediocrity. If he’s well enough to play, he’s well enough to be subjected to criticism. His number were good in Orlando, only because he was the Magic’s featured player (except in endgames where he transformed free-throws into the heaving of bricks). As I’ve said many times before, his immaturity, limited offense, faulty defensive rotations, and miserable performances at the stripe combine to make Howard a loser.

Chris Kaman has predictable offense, lamentable defense (blocked shots is only a tiny measure of a player’s defensive effectiveness), and a great deal less athleticism than his peers. For sure, on rare occasions he’ll block a shot and throw an assist pass, but his turnovers usually outnumber the combined per-game total of these positives.

Chris Bosh scores most of his points on uncontested mid-range jumpers resulting from opponents’ defenses having to key on LeBron James and Dwyane Wade. His individual defense is below par as is his passwork. Russell Westbrook is incredibly quick (within a limited space) and fast (from coast-to-coast), but he’s not suited to be the point guard on a championship-worthy. That’s because he still overhandles, forces too many shots, often ignores Kevin Durant, is an iffy shooter from beyond the arc, and is a turnover machine. It’s remarkable how little his point-guard play has improved since he was rookie four-plus years ago. Westbrook (and the Thunder) would be better served if he was repositioned at the two-guard slot.

Roy Hibbert is weak, awkward and, despite being 7-foot-2, is short-armed whenever a game is up for grabs. His appearance in last year’s All-Star game is more indicative of the shortage of outstanding centers in the NBA than is it of Hibbert’s skills.

Rajon Rondo’s ornery, petulant attitude is beginning to have more of a negative effect on the old-and-in-the-way Celtics than his effectiveness on the court.

Kevin Garnett is, and always has been, a choker. Expect him to tally beaucoup points in blow-outs, to be a cheap-shot artist, and for his mouth to be bigger than his game.

Brandon Jennings has an exaggerated opinion of his own value. In truth he shoots too much and too inaccurately, and plays only for steals on the defensive end.

Monta Ellis is another high-volume shooter who can’t differentiate between a good shot and a bad one. Also, his assist-to-turnover rate is only marginally acceptable.

Andrea Bargnani… Hold on. Does anybody in the league (except for his accountant) still retain a positive view of this guy?

Andrew Bynum will step on the court sooner or later, but chances are he’ll still have the same me-first attitude as he had in LA. The only way he’ll be happy in Philadelphia is if (win or lose) he becomes the team’s go-to scorer and virtually every offensive sequence goes through him.

Caron Butler had lost virtually every trace of his past mobility and become a stand-still shooter. He’s the weakest link in LAC’s starting lineup.

Carlos Boozer can bully smaller, weaker defenders, but is no longer a threat in the low-post and never did play acceptable defense. He also has a career-long penchant for playing poorly in the money season.

Deron Williams has apparently left his game somewhere in Salt Lake City. Without the support, definition, and protection of Jerry Sloan’s highly disciplined system, and with Joe Johnson being Brooklyn’s fail-safe scorer in the clutch, D-Will has been shooting too many blanks. Perhaps the next time the Nets visit the Jazz (March 30), Williams can persuade the local police to issue an All-Points-Bulletin to try and find his jump shot.