The NBA's most underrated players

The NBA's most underrated players 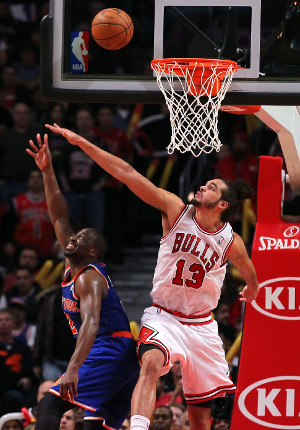 These are the guys who usually operate under the media’s radar. They often don’t put up spectacular numbers and are seldom seen on highlight shows, yet they still have an enormous impact on their respective team’s destinies. If they’re not franchise players who are capable of transforming losing or mediocre teams into champions, they have the stuff to turn also-rans into serious contenders. The following players never take a game off, and with whom other players love to play.

Despite his assist totals, Raymond Felton is essentially a shoot-first point guard who is therefore a perfect backcourt mate for the pass-first Jason Kidd. Since J-Kidd no longer has the quickness to play starter’s minutes at the point, Felton’s injury has the Knicks at a decided disadvantage. With Kidd now as the triggerman, Carmelo Anthony has moved from the power-forward to the small-forward slot, while Marcus Camby, Kurt Thomas and a revolving door of other candidates have manned the 4-position. So, Felton’s broken pinkie has led to Kidd and Melo playing at their second-best positions, and low-impact players at power-forward. As a result, NY’s glorious start is rapidly fading in the rearview mirror.

Nick Collison makes up for his relative lack of talent by playing extra hard on every play, which encourages his teammates to do the same. He can even hit an occasional jumper.

Joakim Noah doesn’t need the ball to have a major influence on any given game. He steadily converts his one-and-a-half-handed free throws, rarely hoists a shot he’s incapable of making, and plays exceptional individual and team defense. More importantly, he usually averages a rebound every 3.0 minutes – compare this to Dwight Howard, the league’s reigning rebound king, who generally grabs one every 2.8 minutes. Noah’s passing needs to become more adept but, overall, he’s one of the NBA’s best role players.

Tony Allen can’t shoot himself in the foot, but he plays ornery defense and goes to the basket like gangbusters. 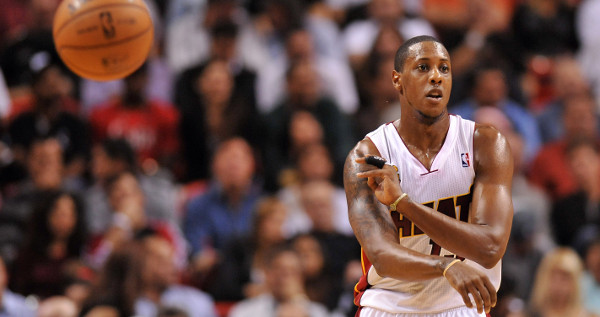 Mario Chalmers’ ability to play meaningful defense has increased from season to season. In Miami, Chalmers only gets leftover shots, but his scoring would blossom if played for a team that made him a featured point-maker.

Kawhi Leonard is learning to play the Spurs way. In so doing, he must defer to Tim Duncan, Tony Parker and Manu Ginobili. But this youngster can do it all, and once Pop removes his training wheels, Leonard has the potential to become a perennial All-Star.

Matt Barnes hustles, plays aggressive mean-spirited defense, is a three-point threat, and routinely antagonizes opponents. If he’s on your team, you love him. If he’s not, you hate him. That’s one of the best endorsements any player can have.

Kirk Hinrich is a bona fide tough guy. He plays defense, can hit open jays, and is a terrific facilitator. If the headlines go to Luol Deng, Carlos Boozer, et al, it’s Hinrich who’s holding Chicago together until Derrick Rose returns to action.

Jared Jeffries is a liability on offense, and a pest on defense. His unsung ability to make meticulous rotations makes him another extremely valuable role player. 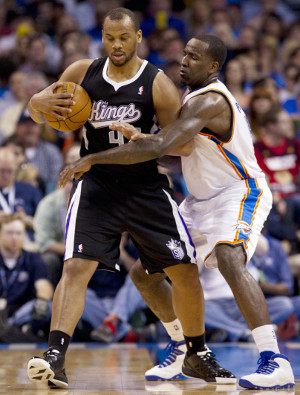 Kendrick Perkins sets formidable picks and plays body-to-body defense in the low post as well as anybody in the NBA. However, his usefulness greatly diminishes when he’s matched up against quick-footed opponents (like Noah, Chris Bosh, etcetera).

Once Wilson Chandler gets his body and his head together, he’ll return to form as a dynamic do-everything scorer.

Given sufficient time and touches, Charlie Villanueva can light up a scoreboard.

Willie Green defends, drops an occasional trey, never stops hustling, and is rarely out of position. Watch how well he plays off the ball.

Chuck Hayes always gives away several inches and several pounds, but plays ferocious defense and isn’t afraid of anybody.

Jason Kidd is no longer an All-Star and his numbers are shrinking, yet he’s been incredibly instrumental (along with Mike Woodson) in transforming the Knicks’ me-first culture into a team that looks to move the ball.