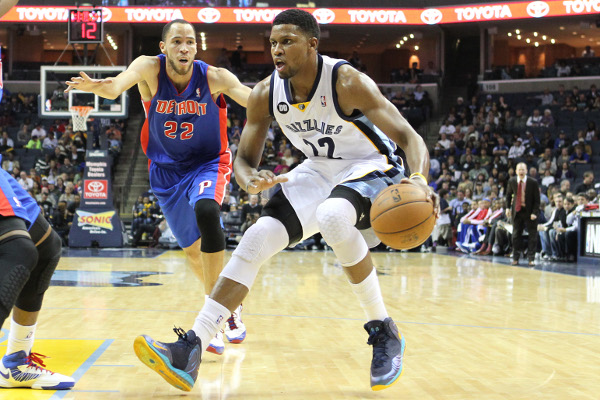 The dealing has begun and where the wheeling stops nobody knows.

In any event, let’s take a look at the first major trade of the season:

Rudy Gay from Memphis to Toronto. On the plus side, the trade does save the Grizzlies a bundle of cash, and it has been troublesome that Gay doesn’t show up for every game. Moreover he’s a shoot-first guy, a so-so defender, and too often a turnover looking for a place to happen.

But sans Gay, Memphis loses the only explosive wingman who could routinely create his own makeable shots. His absence will make the Grizz even more of a grind-it-out team, placing more of a burden on Zach Randolph and Marc Gasol to put up big numbers.

At the other end of the deal, without the pressure of playing for a team that has championship pretensions, look for Gay to step up his intensity and his scoring in Toronto. 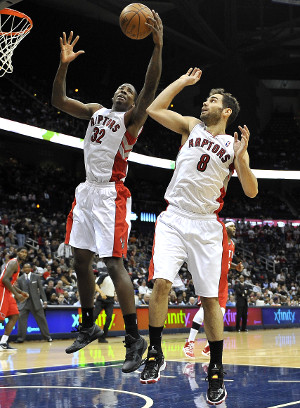 Jose Calderon from Toronto to Detroit. He takes excellent care of the rock and has a nice shooting touch. While Calderon is the epitome of an assist-man and facilitator, he lacks the kind of warp-speed that most of his opposite numbers have, and he’s never been known as an acceptable defender. Yet because he’s so steady, and usually avoids taking chances, he’ll add considerable stability to Detroit’s offense.

Tayshaun Prince to Memphis. In Detroit’s glory days, this guy used to be a semi-effective iso-man from any spot near the right baseline, as well as a defensive stopper/sniper. However, these past few years, he has lost his chops as the Pistons descended into mediocrity. Can Prince resurrect his intensity with the Grizzlies? Does he have much gas left in his tank? The answer to both questions is “probably.” If so, he’ll certainly tighten his new team’s wing defense, but there’s no way he can duplicate Gay’s frequent bursts of one-on-one dynamism.

Austin Daye from Detroit to Memphis. He’s a runner and a jumper with young legs and, in his fourth year in the league, a still unformed game that depends almost entirely on finesse. Daye’s shooting is erratic and he mostly gets Bogarted on defense. But he can put some zip into Memphis’ offense for brief periods off the bench. A somewhat useful fourth-man in a four-man frontcourt rotation.

Ed Davis from Toronto to Memphis. Incredibly long and athletic, Davis goes after offensive rebounds like a hungry wolf attacking a lamb chop. Indeed, thus far this season he grabs one rebound per 3.6 minutes of playing time – a rate that most of the NBA’s second-tier bigs would be happy to achieve. Sure, his offense is somewhat crude and his defense is earnest but vulnerable, yet the young man’s game has made a quantum jump in the past few weeks. It says here that Davis just might be the hidden jewel in this entire transaction – especially since opponents’ frontline defenses must necessarily focus on Gasol, Randolph, and Darrell Arthur.

Hamed Haddadi from Memphis to Toronto. Pure and simple, this guy is a stiff.

All told, a rather fair exchange for everybody concerned. However, if both Detroit and Toronto are going nowhere, the immediate prospects of Memphis to seriously challenge the Western Conference’s elite teams will take a serious hit without Gay’s scoring outbursts.

The biggest winners here are the bean counters in the Grizzlies front office.