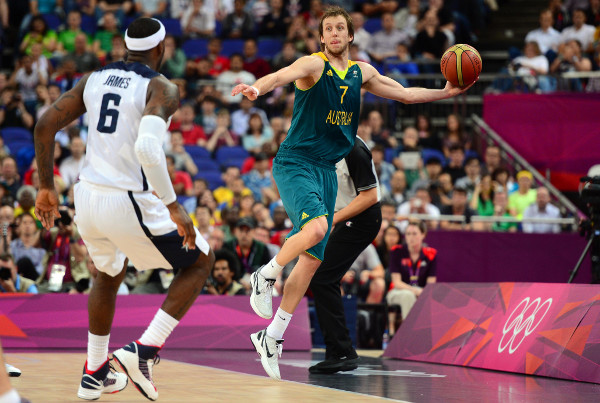 FC Barcelona swingman Joe Ingles is averaging 6.2 ppg and 1.4 apg this season in the Spanish League, a far cry from his big stats with the Australian National during the Olympics, which was a coming out party for Ingles on the big stage and put him on the NBA radar for good.
While the minutes have been limited for him playing behind Euro basketball maintays like Juan Carlos Navarro and Pete Mickeal, Ingles says he's relished his experience with Barça. The NBA, a lifelong dream for him, could very well come next.
"My dream (growing up) was playing in the NBA," Ingles said during the Spanish Cup that takes place this week in Vitoria. "Also playing in the Olympics with Australia. That's huge for us. But obviously everybody that plays basketball wants to play in the NBA one day."
Ingles was reportedly a target for the Memphis Grizzlies in the wake of the Rudy Gay trade to bolster the team's depth. Nothing happened on that front, but that could change at the end of the season, when Ingles becomes a free agent.
"I've enjoyed my three years with Barcelona, it's a great team to play for," Ingles said. "It's the last year of my contract, I want to finish out strong with a couple of titles and see what happens next. I'll let my agent figure it out."