Clippers looking for good health and no trades

Clippers looking for good health and no trades 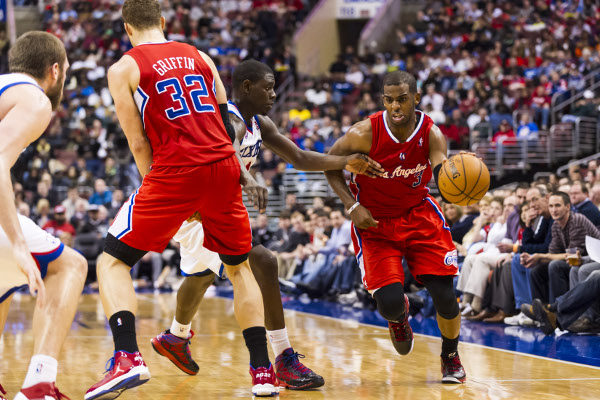 It was a sign, ever so briefly what the Los Angeles Clippers looked like with their entire team. The Clippers had their lineup intact and scored an impressive 102-88 win over the New York Knicks at Madison Square Garden on February 10.

It was the second straight game that Chris Paul and Chauncey BIllups were back from injuries. After showing serious rust in their first game back during a convincing loss to Miami, the two guards and the entire team looked every bit like a contender against the Knicks.

Of course true to the Clippers' back luck on the health front, Caron Butler left the game with a back injury and was out the next night, although the Clippers cleaned up in a 107-90 win over the Philadelphia 76ers.

The Clippers aren’t the juggernaut that failed to lose in 16 December games, but they also are capable of challenging any team in the Western Conference if they can somehow stay healthy.

That is a big question mark with this team and makes one wonder whether they have enough pieces to contend for an NBA championship or whether they must make a deal by the February 21 NBA trade deadline.

It’s not a simple question because the Clippers, the way they are currently constructed, appear to have the talent to be a serious contender. Yet the team will have to determine whether all the pieces can stay in one piece, so to speak.

Do the Clippers go out and make a trade, or do they cross their fingers that the health improves and try to make a run? 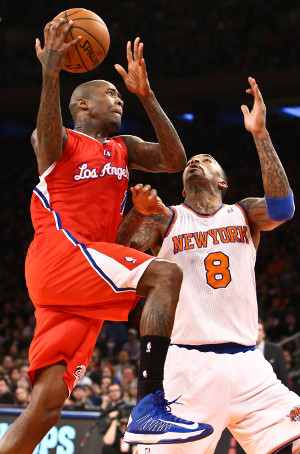 For leading Sixth Man of the Year candidate Jamal Crawford, it’s a no-brainer for the Clippers to stand pat.

“No, we don’t want to make a trade,” said Crawford, averaging 17.1 points per game. “We are family and it would be like trading a family member.”

Of course in the NBA there is little room for sentimentality, although Crawford said he isn’t allowing emotion to cloud his opinion.

“We don’t think there is one thing we need that is missing,” he said. “We have everything.”

Everything, except a season of good health. Yet there is no denying that a healthy Clippers team is an interesting Western Conference contender. Not the favorite, but a team that can’t be dismissed either.

As the Clippers showed late in the Knicks game, when they have a lead and with Paul and Billups orchestrating matters in the backcourt, this is a confident and effective team.

Yet Paul, who missed 12 of the previous 14 games prior to that Knicks win due to a bruised right kneecap, is still regaining his health, but dominating while coming back. He had 46 points and 18 assists in the wins over New York and Philadelphia.

Following the Knicks game, Billups sat out the next night with a sore back. He had played in five of the first 54 games and while known as a true leader and big-game performer, can the Clippers rely on him to stay on the court?

What makes the Clippers so dangerous is that they can operate well in the half court, where playoff basketball is mainly played. And of course when afforded the opportunity, they can surely play transition basketball.

Paul is as good as getting players open looks as anybody and Billups and Crawford have deep range. And Eric Bledsoe has proven to be among the NBA’s top backup point guard, a capable leader and defender. The Clippers' four guards can compare favorably with any backcourt in the NBA.

In the frontcourt, Blake Griffin is an All-Star forward who has expanded his game, more willing to take that medium range jumper but still at his dangerous best around the basket.

Center DeAndre Jordan is the only Clipper to start the first 54 games. His offensive game remains limited, but he is a strong rebounder and, yes, dunker. And nobody has a more devastating duo of dunkers than the Clippers with Griffin and Jordan.

“We have two of the five most athletic players in the NBA on our team,” Paul said, referring to the duo. 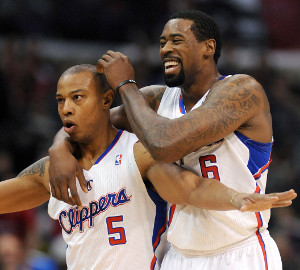 Butler is a solid small forward, while players such as Lamar Odom, Matt Barnes and Willie Green are veterans who help contribute to this deep team.

“I think our second unit is better than any team’s second unit,” Griffin said.

And then there is 40-year-old Grant Hill, who held Carmelo Anthony to four points in the win over the Knicks after Melo went for 38 the first three quarters. Hill had played fewer than four minutes heading into the fourth quarter, where he played the entire 12 minutes.

If the Clippers are to make a trade, their best chip is Bledsoe, but it should only take a true difference-maker to pry him away from Los Angeles. For all the flash and dash associated with the Clippers, at this writing they rank fourth in the NBA in scoring defense, allowing 93.6 points per game.

“I like our depth but for us, it’s our defense that is the key,” Paul said. “No matter how deep you are, defense keys everything.”

What also helps the Clippers is that they can play an effective half-court game, an essential skill for any team with postseason aspirations.

“We can pay in half court, we can pound the ball inside with Blake who is a tough matchup for anybody,” Billups said. “We can play fast and play slow and I that that is beautiful thing to have.”

Now if the team can only have some guaranteed good health.

“We need time together as a full team and full unit to see exactly what we have,” coach Vinny Del Negro said. “To get everybody kind of in the rotation, their comfort level and strengths.”

Del Negro adds that all this takes time. “Hopefully we can start a process with our health, being together, going through certain situations in practice and games,” Del Negro said.

And if the Clippers can look good in winning 37 of their first 54 games, one can imagine the potential if a healthy team enters the postseason.

“I think we played one and a half games with a full team,” Crawford said. “So we will continue to get better to get healthy and make a push.”