The way the Lakers were and are no more

The way the Lakers were and are no more 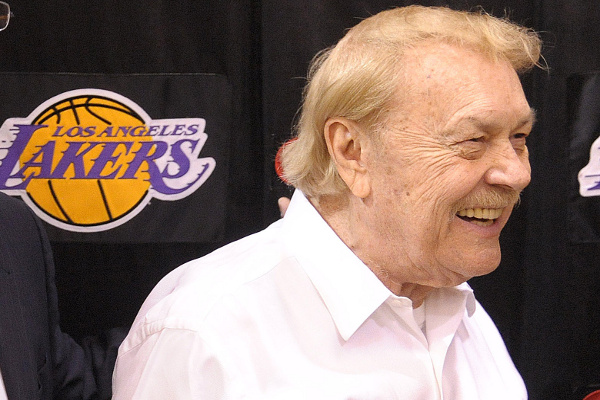 When English monarchs died, the courtiers saluted his heir, chanting in joy, not sadness, “The King is dead, long live the King, to celebrate the continuity of the royal line.”

When Jerry Buss passed away Monday, there was no joy in Lakerdom.

Maybe not even Jerry Buss, if he arrived today, with the Lakers in their present fix, rather than in 1979, with the No. 1 pick in the Magic Johnson draft.

Given the advantage of timing, there was nothing Jerry Buss didn’t accomplish as Laker owner, living life to its fullest, or, at least, according to the Playboy Philosophy, building a franchise for the ages, departing as beloved paterfamilias by his family, his organization and Laker fans numbering in the millions.

The greatest NBA owner ever?

Red Auerbach’s executive exploits may be more remarkable because he wasn’t an owner, but the head of a a fly-by-night operation that was sold every year or two after Walter Brown’s death in 1964, while becoming the game’s greatest dynasty.

In the post-Red era, only Jerry West came close and he wasn’t an owner, either. That leaves Buss in a league of his own among owners. Buss and West, who built the greatest team of the post-Russell era, were the model management team. Buss had the vision, the drive, the bankbook… and best, of all, the wisdom to leave the basketball to the professionals. 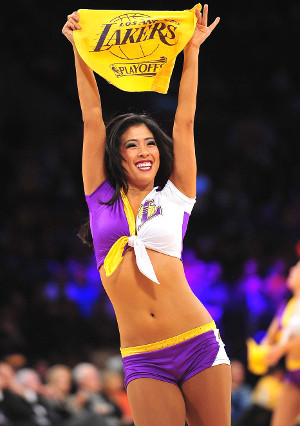 As avid for publicity as Buss was, he didn’t have the modern nouveau riche curse of thinking if he had conquered the world of widgets, what chance did the NBA have? That was some vision, too. Buss invented the Laker Girls, taking cheerleading into a new drop-dead-gorgeous-who-needs-pom-poms direction the world has since copied.

The visions included titles, not second-place finishes, or, if it came to that, large profits. If Buss never lost money – or actually made it hand over fist – it was partly because he never ran his team as a cash cow.

Buss went for it and got it 10 times in 33 seasons, starting in 1979-80, his first, when he accepted the Larry O’Brien Trophy, wiping champagne out of his eyes moments after Magic Johnson’s 42-point game, gushing, “You don’t know how long I waited for this.”

In 1996 when Shaquille O’Neal turned down their $99 million offer and West asked if it was time to go to Plan B – Dikembe Mutombo and Dale Davis – Buss told him to keep going. West then gave George Lynch and Anthony Peeler to Vancouver, making it possible to offer $118 million, which O’Neal accepted.

Within one week that July, the Lakers signed Shaq and announced West’s draft-day trade, sending Vlade Divac to Charlotte for a high school kid named Kobe Bryant. Five titles followed from 2000-2010 to match the five in the ‘80s, making the Lakers the successors to the post-Russell Celtics.

Not that anything worked out as planned since. 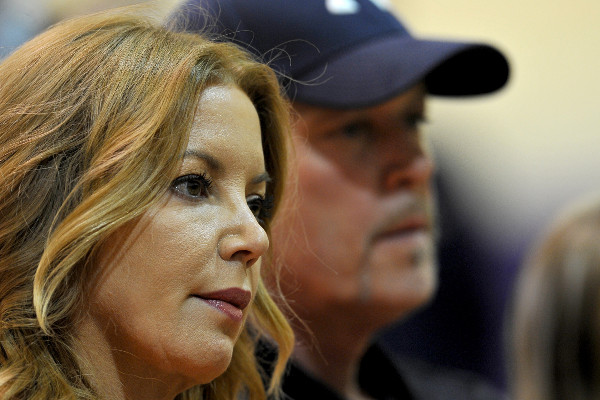 Buss started preparing for this day 10 years ago, bringing his son, Jim, into the basketball operation, alongside Jeanie, the long-time head of the business side.

Always thrifty except when he was lavishing money on stars, Buss became more so, building up his fortune to pay the huge estate tax so his kids could afford to keep the team he bought for $20 million, which Forbes recently projected at over $1 billion. Before the 2011 lockout, he laid off almost his entire basketball operation, all the way up to assistant GM Ronnie Lester, who had led them to Andrew Bynum.

By 2004, when Phil Jackson’s contract was allowed to run out, Jim had a say in picking the new coach, Rudy Tomjanovich, who fled in January, leaving a giant, five-year, $30 million contract behind.

By 2011, when Jackson left again, after leading them to two more titles, it was Jim who picked Mike Brown.

Brown lasted one season plus five games, or not much longer than Rudy T.

Right along, Lakers fans have viewed Jerry’s announcement of Jim’s increasing involvement as if he were Jed Clampett, turning the Beverly Hillbillies over to second cousin Jethro.

Actually, Jim had a 10-year apprenticeship, going from a brash young man who said 10 guys in a bar could draft as well as NBA people, to one who has – seemingly – learned to trust the professionals.

If Brown’s hire was unpopular, it wasn’t outrageous. Jim got his name on a list from Mitch Kupchak. With West, a Golden State consultant, high on him, Brown was the Warriors’ first choice until the Lakers jumped in.

The Mike D’Antoni hire, a PR disaster, wasn’t Jim, even if he was blamed all over talk radio. It was his father’s last-minute call not to bring back Jackson again, a fact agreed upon by Laker sources, D’Antoni sources and Jackson sources.

Kupchak later acknowledged that their offensive style was a factor, with Jerry Buss intent on returning to Showtime (he thought) rather than playing slow under Jackson.

There’s also a theory that Jerry feared if he was no longer around, Phil and Jeannie would dominate Jim.

When the Lakers tumbled to 34-48 in the first season without Shaq, 2004-05, I wrote that Kupchak was in over his head – but that West would have been, too, in the same situation.

The Lakers climbed out of the black hole to win titles in, proving their greatness anew. That was their genius: As madcap as they were – where else did the coach live with the owner’s daughter? – they were amazingly functional.

It had been one thing for Buss to place so much trust in West, whom he idolized, but another with the low-key Kupchak.

Nevertheless, with Kupchak under fire in the spring of 2005, when a season ticket holder at a “town meeting” asked him to his face to resign, he took Jim to watch Bynum at the pre-draft camp in Chicago.

Jim then convinced his father to draft a high school kid – which turned out to be the first step in their improbable return.

Similarly, Jim Buss is in over his head – but for the past three seasons, Jerry has been, too.

Forget this season, which looks like it has a great chance to end out of the playoffs, or after one round of playoffs. 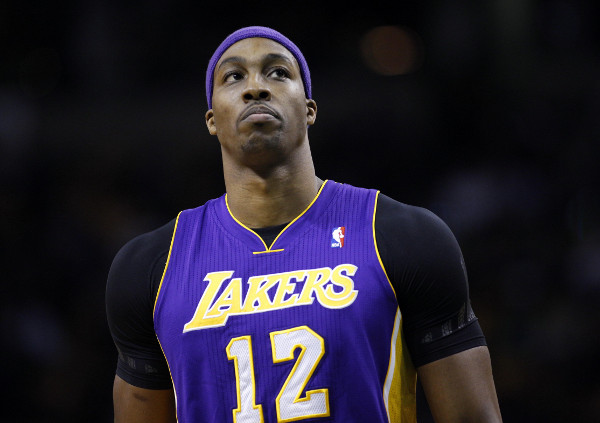 Aside from a roster full of guys who can’t play D’Antoni’s offense, the Lakers have two basic problems:

2. Dwight may stay but never again be Dwight Howard physically, or coachable enough to excel in D’Antoni’s offense, as is he isn’t now.

In either case, there’s a way out, if the Lakers remain the Lakers, upstairs, at least if they can’t on the floor.

Long since established as the NBA stars’ destination of choice, Buss leaves a colossus with vast resources, starting a 25-year, $3.6 billion local deal with Time Warner, with all the team’s salaries except Steve Nash’s expiring after next season, affording room to maneuver.

Of course, between now and the summer of 2014, Laker fans are really going to miss Jerry Buss and the way they were.