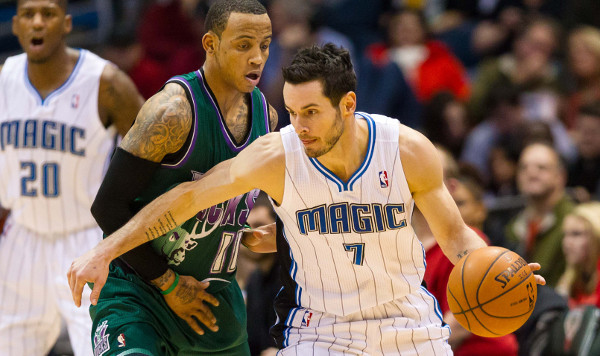 The frenzy of speculation is over. While there have been no truly blockbuster deals, several important players have changed uniforms. The emphasis here is on the players, not on their expiring contracts.

JJ Redick to Milwaukee. He’s a dead-eye shooter, a hard worker, and the possessor of a very high basketball IQ. He gives the Bucks some consistency and a needed dose of unselfishness in the backcourt on offense, but will require the usage of several off-the-ball picks to create open jumpers. This will be imperative because Milwaukee lacks a center who must be double-teamed, so kick-out passes and ball-reversals will not lead to the uncontested jays that Redick routinely drains. On defense, he’s no better and no worse than either Monta Ellis or Brandon Jennings. Ah, but how much daylight can Redick expect behind Milwaukee’s resident gunners?

Patrick Patterson to Sacramento. During his two-plus seasons in the league, PP has exhibited steady improvement. He’s mostly an in-the-paint scorer and has developed into a glue-fingered, three-space rebounder. Plus, his defense has also become more effective. The relevant question is this: Has Patterson reached the limit of his capabilities? The Kings are betting that he has not.

Thomas Robinson to Houston gives the Rockets a power forward with extraordinary potential. Strong, athletic, quick, and aggressive, T-Rob is a diamond in the rough. The Rockets believe that he has a much higher ceiling than does Patterson. But will he get sufficient playing time to steepen his learning curve?

Eric Maynor to Portland. This guy can play and is the perfect backup. Sure, he’s not a great finisher, and he’s sometimes out of control, but staying healthy is his primary drawback. He gives the Blazers an excellent option if/when rookie phenomenon Damian Dillard hits the wall. 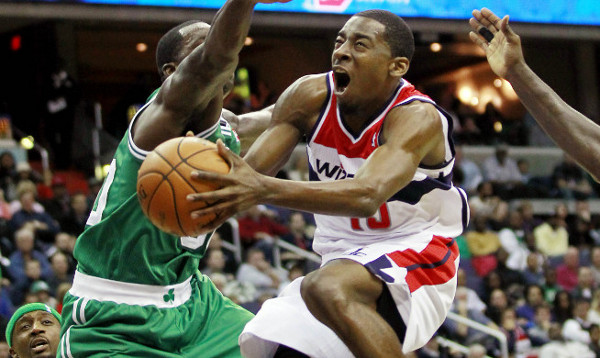 Jordan Crawford to Boston. An erratic shooter who needs to send an all-points bulletin to locate his jumper. Doc Rivers won’t be happy with Crawford’s defense, but having a quick-footed guard whose hot-streaks can carry his team’s offense for at least intermediate stretches has to be welcomed. However, if he fell out of favor with the lowly (but improving) Wizards, then Crawford’s lack of reliability is a considerable negative.

Sebastian Telfair to Toronto. A capable backup for Kyle Lowry, especially since Telfair has cut down on his forced shots and become more of a distributor. Telfair is just as likely to bag a trey as he is to hit any other shot he might attempt. However, his defense remains unsatisfactory.

Marcus Morris to Phoenix. An incredible athlete who has yet to find his comfort zone in the NBA. For the time being, his three-point shooting is his best asset. The reunion of the brothers Morris, though, may spur both of them to elevate their games.

Beno Udrih to Orlando. A tough customer who knows how to score. Too bad his handle is discombobulated by aggressive pressure, his feet are too heavy, and his defense is negligible. An inferior, yet mostly acceptable replacement for the departed Redick.

Anthony Morrow to Dallas. An injury-prone shooter who might be an effective floor-spreader if he can keep his body parts functional.

Dahntay Jones to Atlanta. He can knock down 3-balls and play tough defense. Always a useful player.

Francisco Garcia to Houston. A highly effective player on the run, Garcia’s usefulness in half-court situations is mostly limited to his long-range shooting.

Toney Douglas to Sacramento. At 6-1, Douglas is point-guard sized but cursed with a shooting-guard’s game.

Hakim Warrick to Orlando. He’s still a Mister Softee who barely rebounds, rarely passes, and is a liability of defense. But can he recover the baseline scoring that made his a valuable player in seasons past? At age 31, probably not.

Ronnie Brewer to Oklahoma City. A defensive specialist with one of the most flawed shot-releases in the NBA. He compensates for his awkward jumpers by executing strong and timely dive- and baseline-cuts. Not quite a defensive stopper, Brewer is nevertheless a wise and energetic player in emergency situations.

The proven stiffs and roster-fill that were also relocated include Hamed Haddadi, Gustavo Ayon, Dexter Pittman and Cole Aldrich. The others involved are mostly young guys who might (but probably won’t) make dramatic improvements in their games.