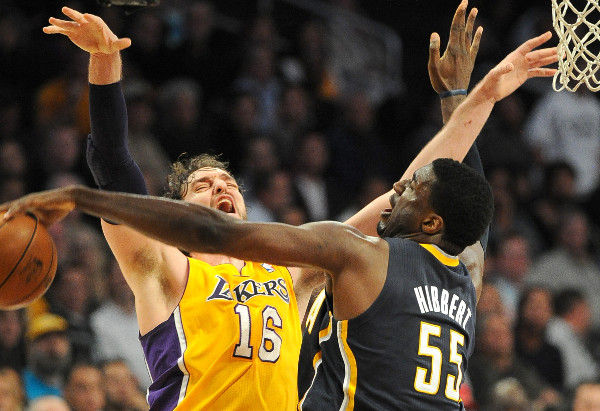 I am old school and maybe I am not the perfect person to identify the Top 10 disappointments. It's difficult because I can't accept players jacking up shots without regard to percentages. Although over the years the NBA has made it easier to score points by making it illegal to hand-check, many still they shoot poor percentages.

Carmelo Anthony is said to be the best all-around scorer in the league, but he shoots 44 percent. Russell Westbrook has taken more shots than Kevin Durant, but he is shooting 44 percent while Durant makes 51 percent of his attempts. Damian Lillard will most likely be Rookie of the Year, but shoots a poor 42 percent. All-Star Paul George is shooting 43 percent.

Allen Iverson set the tone in 2000-01 when he won the MVP award making just 42 percent of his shots.

I couldn't imagine Larry Bird, Magic Johnson, Hakeem Olajuwon, Michael Jordan, Charles Barkley or Karl Malone shooting a poor percentage during their heyday. That's why it's no mistake LeBron James at 56 percent, Durant at 51 percent and Tony Parker at 53 percent are the only candidates that should be even considered. They are double-teamed every game and still shoot a high percentage.

I make that statement knowing Chris Paul should receive votes, but he is shooting 47 percent and that does not measure up against the three above.

I have a number of players that are 10-B to the 10 biggest disappointments. (The list includes CJ Miles, Austin Rivers, Zach Randolph, Nicolas Batum, Wesley Matthews, Evan Turner and Tyson Chandler). But as you know, my list is usually filled up with players that might have great stats, but are not living up to lofty expectations.

My first book will be released next month (You Big Dummy – An Athlete's Simple Guide to a Successful Career). I will definitely send a free copy to Bynum. We as athletes can all look in the mirror multiple times in our career and say what a stupid dumb thing I just did or said. Bynum just continues to say and do things that make you say, "Why?" He has not played one minute this season, but still has sucked the life out of his team with bad decisions and comments. Bowling on one good leg is a common sense no-no and a comment concerning his inability to play that doesn't show empathy is as individualistic as it gets. Bynum has great talent, but unfortunately has struggled to realize leadership can encourage a team in need even when hurt. 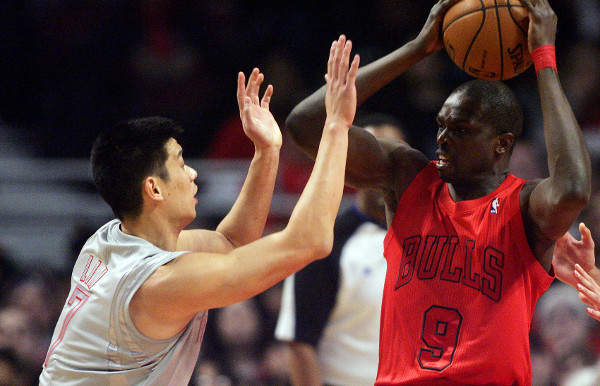 Carlos Boozer gets ripped by Bulls' fans consistently, but they ignore Deng, who makes just as much and has more freedom offensively. Deng is having his normal year statistically, but I expected more with Derrick Rose out the lineup. He is realizing being first on the scouting report is not easy and it's showing by shooting 43 percent from the field.

Lin was as humble as they come last year when he was being treated like the second coming of the Beatles in New York. He showed us all what patience, hard work and seizing an opportunity is all about. But when it came to pay-day time, the real Lin came out of hibernation and it was about the chase for a big contract. He got paid like a star in Houston, but has been an inconsistent addition to the Rockets. He has struggled shooting at 43 percent and has only dished out 6 assists per game in a fast-paced offense while turning it over 3 times a game. James Harden has allowed the spotlight to stay away, but you can only hide so long. He will need to step up down the stretch if they are to hold off the surging Lakers.

He came into this season with high expectations and even I predicted he could make a run as a first-time All-Star. I get to watch him every night and there is no doubt he is a skilled basketball player that has not figured out the science of scoring consistently at an efficient level. What stands out more than the 39 percent from the field is the fact that he is grabbing only 3.8 rebounds and less than 1 off the offensive glass while being guarded by physically inferior players nightly. The positive is that he is still just 23.

Unfortunately when you make the kind of cake Joe does you can't hide behind a meager 16.8 ppg and 3.1 rpg. He has definitely shown some big-time shot making capabilities in crunch time, but that should be expected when you are one the highest-paid players in the NBA. He resides on my list because with his size and ballhandling ability he should not be shooting 42 percent and averaging less than 1 offensive rebound. Every year I get ripped for not having Ellis high enough on my Top 25 list and when I start to relent he shows me why I have hesitated to do so. Shot selection and lack of a defensive presence put him at No. 5. I don't want to hear from his supporters giving me reasons why he shoots a downright ugly 40 percent from the field and 23 percent from three.

I really can't say much negative about a guy who is recovering from back surgery and averaging 16.1 points, 12 rebounds and 2.3 blocks because I think that is still superstar production for a player that's not healthy. What bothers me is the indecision about his future and the poor free-throw percentage. Shooting 48 percent is downright embarrassing. I don't care what anyone affiliated with the Lakers says: That inability to knock down a free shot has consistently sucked the wind out of that team.

Please, trust me: I understand Pau. I had a front seat to 7 Seconds or Less during the Mike D'Antoni era in Phoenix. I already knew you would not get your normal touches like you did in the triangle. I knew if you didn't produce, he would go small and bench you. What surprises me is that you played against him for a number of years and you didn't know. All that being said, there is no excuse to sulk and still not produce. That offense will give you multiple ways to score and all I saw was a player passing up shots and offensive rebounding opportunities that exist. I have never seen D'Antoni tell an above average offensive player not to shoot.

It's obvious my fellow Illinois alum is not himself and now we know his ankles are an issue, but that does not spare him from criticism. The Nets gave their organization to Williams and the pressure is on him to live up to expectations. Forty-one percent from the field is not acceptable. If he does not improve, the Nets will be out in the first round.

Hold up, please explain to me how a 7-foot-2 All-Star is making just 42 percent of his shots and attempting only 2.3 free throws in 28 minutes of action per night. He might say, "Well, I only get 10 shots a game." Well, almost four of those shots are enhanced by Hibbert averaging almost four offensive rebounds, which means he most likely is right there to stuff it in the basket. I am disappointed because last year I loved the potential of Hibbert. Although the Pacers have played good basketball, they will need him to step up over the next few months if they have any chance of knocking off the Knicks, Bulls or Heat.