Where do Kobe and LeBron rank among the all-time greats?

Where do Kobe and LeBron rank among the all-time greats? 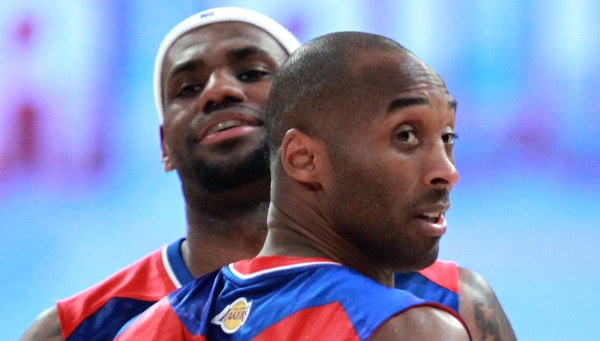 Who is the greatest basketball player ever? Is it LeBron James, as many current NBA-watchers claim? Or Michael Jordan, as many veteran hoop-o-philes believe? Or Kobe Bryant? Magic? Bird? Oscar? Dr. J? West?

Before daring to resolve this question, it should be noted that in all sports comparing players who have different roles is silly. Like quarterbacks and defensive ends. Like pitchers and shortstops. And in basketball, like centers and non-centers.

So, then, for the purposes of this analysis, guys like Bill Russell, Kareem Abdul-Jabbar, and Shaquille O’Neal will be ignored.

Jerry West rarely went left, but after one hard bounce right his high-elevation jumper was well-nigh unstoppable. His hands were so fast on defense as to discourage opponents from taking 2-on-1 fast breaks to the rim when West was the lone defender. Still, his surviving reputation is based on his being “Mister Clutch.” Too bad this is a gross overstatement of West’s performances in endgames. Here’s what Phil Jackson has to say: “True, Jerry always wanted the ball whenever a game was up for grabs, but I’m not totally convinced that he was Mr. Clutch. Although the Lakers beat the Knicks in the 1972 championship series, Jerry played poorly in the playoffs that year. Fans don’t remember all the times when celebrated clutch shooters like Jerry bombed out in the endgame.”

LeBron and Kobe are better than West ever was.

Oscar Robertson could pass, drive, post-up, shoot, rebound, defend, run, and even set picks … everything except fly. Had there been a three-point line back then, there’s no doubt that the Big O would have raised his release-point and been a dependable long-range bomber. Overall, Robertson was a better passer, rebounder, and post-up scorer than any other player under consideration here. His skillset and dominance had to be seen to be believed. Because defenses were allowed to be much more physical back then than they are now and because there were roughly half as many NBA teams in O’s heydays, the competition was several degrees more ferocious. That’s why Robertson ranks ahead of Kobe and LBJ.

Or as Phil Jackson once observed: “If Oscar played today, he’d probably average maybe 15 points, 5 rebounds, and 6 assists – but that’s only because he’s over 70 years old.”

Julius Erving was an incredibly creative finisher with always-surprising acrobatic skills. His defense depended on quickness, smarts, and teamwide discipline. In his latter years, he developed a mid-range bank shot, but was never a reliable shooter. Give the nod to both James and Bryant. 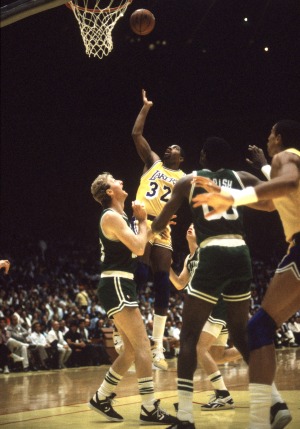 Magic Johnson is the only player who can match LBJ’s combination of size, speed, and versatility. The Magic Man was absolutely unsurpassed at making decisions on the run and was the perfect facilitator. He was unselfish, never took a game off, and had an exceptionally high basketball IQ. Toward the end of his brilliant career, he developed a fairly accurate one-handed push-shot, but perimeter shooter was never the highlight of his offense. Magic was rarely a go-to scorer, so his role differed greatly from those of both Kobe and LeBron. Also, he wasn’t nearly the team leader that Jordan was. However, his poor shooting together with his unsatisfactory defense are legitimate grounds for ranking him below both James and Bryant.

Larry Bird couldn’t jump high, run fast, or play acceptable man-to-man defense, but his incredible instincts meant he could play the game a heartbeat ahead of everybody else. He was also the ultimate competitor who always found a way to win. While he wasn’t one of the all-time great shooters, Bird was truly astounded whenever he missed a shot. Bird exuded so much confidence that his teammates couldn’t avoid believing in themselves. Yet Bird’s lack of the incredible athleticism exhibited by Kobe and LeBron make him another also-ran.

Michael Jordan worked harder in practice than most players work during ball games. His game had no holes, and, like Bird, MJ could always do whatever was necessary to win a game – be it scoring a clutch bucket, making the right pass, coming up with a steal, a rebound, a defensive stop, or diving to rescue a loose ball. In addition to his superior competitive drive, Jordan’s defense puts him ahead of James, Bryant, and Robertson as well. 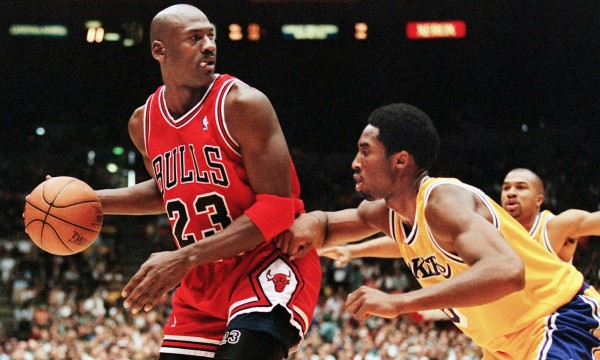 Kobe and LeBron are both deemed to be the dominant hoopers of their slightly-overlapping generation… and rightly so. Even though Kobe’s next birthday (August 23) will be his 35th, and even though he’s currently in his 17th year of NBA competition, he still is a potent scorer who takes (and makes) more difficult shots than any of his younger peers. However, though Kobe is a slightly better shooter and has an infinitely better left hand, he cannot (and never could) match LeBron’s size, power, and leadership capabilities. Also, used to be that Kobe was a better defender, but those days are rapidly vanishing in the rear view mirror.

It wasn’t until midway through last season that LeBron “got it.” That’s when he cut down on his sticky fingers and moved the ball much quicker than he had been doing. He also figured out how to get Dwyane Wade more consistently involved in the offense. Yet, although his shot-release is much more consistent, James still misses too many free throws. And, while he can lock up strong-legged opponents, he still has difficulty defending quick-footed ones. Right now, though, LeBron is peaking at both ends of the court.

There’s no question then that today’s LeBron has it over today’s Kobe. Yet one of the critical characteristics of greatness is endurance. So as the minutes, the games, and the years add up, it still remains to be seen if LBJ can maintain his chops and accomplish more than Kobe already has.