Ricky, work on that J

Ricky, work on that J 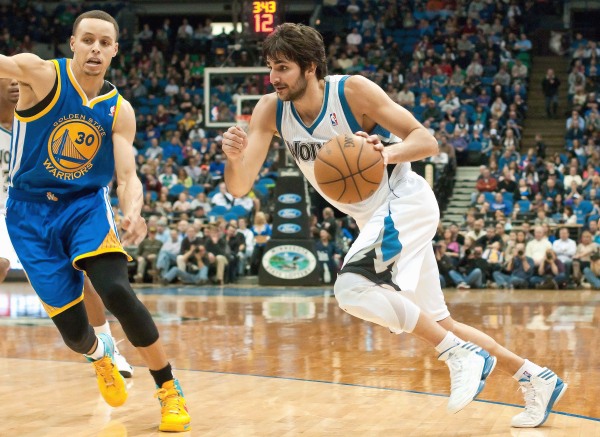 The Minnesota Timberwolves have been extremely consistent at losing lately. It's more disappointing this year since I expected a serious run for a playoff spot. I was encouraged because of the leadership and ballhandling skills of Ricky Rubio. I knew he would be returning from a major knee injury, but I felt they would be competitive and in contention because of Kevin Love.

But Love has been injured for most of the season and that basically threw that thought out of the window.

It is obvious Love is the franchise, but it is also clear they will not win in the future if Rubio does not continue to improve his all-around basketball game.

Rubio and Love have a supporting cast of players that have proved they belong in the NBA. Love is a second- and third-chance machine because of his ability to rebound the ball off the offensive glass. Now Rubio must make the game easier for everybody by improving his outside shooting and overall shot-making ability.

Rubio must convince himself he can make the transition just based on players who have traveled the same road.

Magic Johnson was always left alone until he became uncanny from 18 feet and in the post with an array of shots.

Dennis Johnson quarterbacked great Celtic teams and worked extremely hard to make opponents pay when they doubled off of him to stop Larry Bird, Kevin McHale and Robert Parish.

Tony Parker of the Spurs is another great example. His jump shot was ugly and inconsistent, but he worked diligently and now has become one of the best players in the league because of his ability to make you pay in a variety of ways.

Rubio is 6-foot-4 and weighs 180 pounds, he sees the floor at the same level of Steve Nash or Chris Paul and he has very good defensive skills… But unless he puts in extremely heavy work in the gym with his jumper, he will become a major disappointment despite his nice skill set.

Shooters are made. If he has any sense, he should talk with Parker and watch a ton of Spurs games.

He also should watch film of Magic and Penny Hardaway, who had great height and made the two-man game a work of art because they had Kareem and Shaq, respectively. Love and Nikola Pekovic are not at that level, but they are arguably the strongest interior players in the NBA on the move towards the basket. 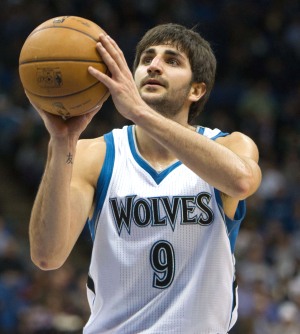 The two-man game is made for Minnesota. They have three players that would flourish if Rubio improved his shooting.

1. Love would ascend to superstar status because of his ability to set massive screens and roll for power moves, shoot mid-range shots or fade for three-point field goals.

2. Pekovic is a monster in the paint. He is definitely one the most improved players in the NBA this season and would flourish if teams were forced to fight over the screen or switched a smaller defender on him because Rubio became lights out off of screens.

3. Derrick Williams has been a minor disappointment, but he is coming on strong now. Getting him a free run at the rim would produce an array of highlight dunks on a nightly basis.

Now this would allow Rubio to become a Picasso with the ball. Eventually teams would start to fear his shooting and this would eventually create a roll to the basket or wide open shots for the screener from one of the three players above.

Teams would then have to rotate help from three-point shooters and this would allow players like Chase Budinger (30 percent from three), Luke Ridnour (31 percent), JJ Barea (41 percent) and Alexey Shved (29 percent) to get open looks and improve their percentages.

None of this will occur if Rubio does not improve his ability to destroy defenses that just go under the screen and say, "Please shoot!" But If he does that, well, then we can start talking about a new Pete Maravich for real.