Five mascots that gave us nightmares during the NCAA Tournament

Five mascots that gave us nightmares during the NCAA Tournament 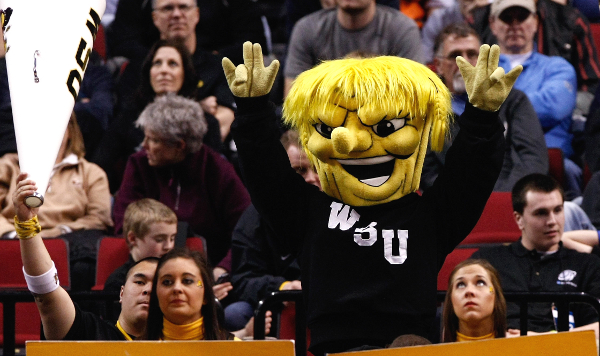 The unnerving stillness and thousand-yard stare of a small school’s quietly terrifying mascot, that’s what.

You’ve seen them, manning the sidelines and trying to pump up their mid-major squad, all the while giving you (and the rest of America) the heebie-jeebies. And since they say the best way to conquer your fears is to confront them head on, we’ve teamed up with The UPS Store® –the folks who keep small business owners from having nightmares– to bring you the five scariest mascots of this year’s NCAA Tournament.

4) Western Kentucky Hilltoppers: The Kansas Jayhawks took out Western Kentucky in the Round of 64, which helped put our brackets and our minds at ease. The giant red blob (Big Red) is as confusing of a mascot as they come, as he is neither a hill nor someone who climbs them. According to the university, his head is shaped like the top of a hill. All we know at this point is that Big Red is frightening and likely related to this gentleman.

3) Akron Zips: Akron was originally called The Zippers and the kangaroo is one of the only female mascots in all of college sports, but that knowledge does very little to comfort those of us that she creeps out.

2) St. Louis Billikens: SLU beat New Mexico State in its first game but fell to Oregon in the Round of 32. The school’s mascot is a terrifying charm doll created by an art teacher from St. Louis over one-hundred years ago. One of the school’s first football coaches, John Bender, was said to resemble the elf-like creature. Creepy.

1) Wichita State Shockers: Wichita State eliminated Pittsburgh, Gonzaga, La Salle and Ohio State to win the Western Regional. But while their play on the court has been impressive, their mascot has not been. He is essentially a giant stalk of wheat on steroids.

Speaking of nightmares, running a small business can be a bit of a bad dream sometimes. That’s why The UPS Store® created the Small Business Tool Kit. The Small Business Tool Kit gives you peace of mind by helping you promote your start-up business or giving your established business a marketing boost. Since The UPS Store® does most of the work for you, it is easy to stay calm, knowing everything is going to be just fine. 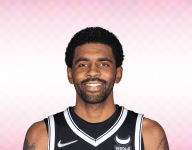