The five big winners from the NCAA Tournament

The five big winners from the NCAA Tournament 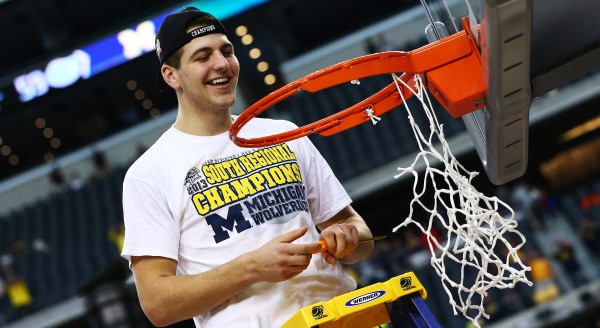 But the national champs won’t be the only winners to emerge from March Madness. Whether an overlooked player who skyrockets up draft boards (hi, Joe Alexander) or coaches who get new jobs because of a big run (hi, guy with the Victoria’s Secret model wife), America’s favorite tournament is full of victory at every turn.

In the spirit of triumph, we’ve teamed up with The UPS Store®, the guys who help small businesses make big wins, to tell you about the real champs from this year’s tourney. Enjoy.

5. Mitch McGary’s Football Career – Michigan has made their deepest tournament run since the Fab 5, and Tim Hardaway Jr. looks like a surefire pro. We can expect John Beilein to get a huge contract extension to stay with the Wolverines, but the big winner wearing maize and blue is Mitch McGary, and his prospects as a football player. Though he reminds a lot of basketball fans of DeJuan Blair on the court, he reminds Michigan football Coach Brady Hoke of his next tight end. Could the 6’10” 250 lb. post player make the transition to the gridiron? We have no idea, but we’d love to see it.

4. Fans Who Don’t Like Teams Stacked with One & Done Players – Kentucky didn’t make the tournament (and got bounced from the NIT in the first round!), and teams like UNLV, Oklahoma State, UCLA, Pittsburgh and Kansas didn’t advance as far as expected. Hooray for staying in school.

3. Ram Boy – Was this kid ever going to be famous for anything else? Didn’t think so. But Ram Boy stole the show in the tournament’s first round with his phenomenal costume during Colorado State’s victory over 9 seed Missouri. He was splashed all over television screens, written about in the New York Times, and will forever remain #1 in our hearts.

2. Anyone With Eyes – From Andy Enfield’s wife Amanda Marcum, to Seth Curry’s mom, to the Florida Gulf Coast cheerleader wrapping her legs around the Eagles’ mascot in celebration, it was an attractive tournament this year.

1. The Little Guys – From the Cinderella teams advancing far in the bracket to unexpected performances from backup players, it truly was a great year to be a little guy. Whether you were a bench player for Syracuse doing a flex down, Michigan’s backup point guard getting an epic steal on an inbound pass, a coaches’ son getting some help with a dunk or a lowly equipment manager trying to get his dance moves on national TV, this was your time to shine.

Everyone who was on that list was a big winner in March, but small business owners can be winners year round if they team up with The UPS Store® and sign up for the Small Business Tool Kit. The Small Business Tool Kit can help you promote your start-up business or give your established business a great marketing boost. Since The UPS Store® does most of the work for you, you’re kind of a big winner already.