Chris Paul: Clipper for life... or until they forget who's running things

Chris Paul: Clipper for life... or until they forget who's running things 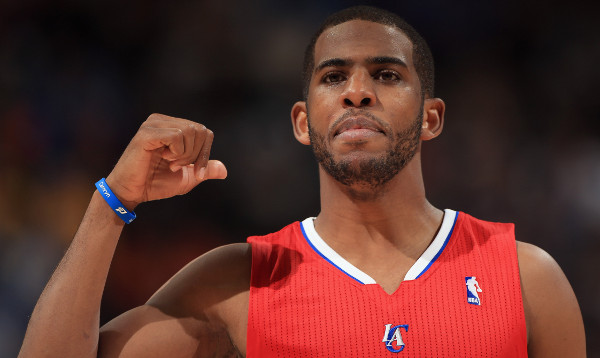 Not that anyone noticed, but it’s still a new day in Clipper Nation.

You remember the Nation? NBA version of Dogpatch? Owner Donald T. Sterling continually hiring, firing, suing and being sued by coaches? Mainstay of late-night comics, such that Conan O’Brien did his first Clipper joke within 30 seconds of his first monologue, replacing Jay Leno.

Then, of course, came Blake Griffin and Lob City, and even Chris Paul, changing things forever!

In Paul’s first season, the Clippers finished one game behind the Lakers, advanced to the second round and went out one day before the Lakers…

There was a little pre-season Whose Town Is It hype after the Lakers lost Paul and the Clippers found him. Then everyone forgot about the Clips.

This season, the Clippers finished 12 games ahead of the Lakers, sweeping them, 4-0 for the first time…

And no one cared.

Even in defeat and turmoil, the Lakers continued to eclipse the Clippers.

The Lakers’ grisly season ended on April 28, swept by the Spurs with Dwight Howard getting ejected and Tim Duncan caught on camera laughing at him. Two nights later, the Clippers, who had led the Grizzlies 2-0, lost Game 5 in Staples Center, to fall behind 3-2. When the score was announced at Dodger Stadium, the fans cheered wildly.

Now, with Paul about to become a free agent, Clipper Nation is about to sink beneath the waves again…

Except that it’s not.

Paul is staying, or at least that’s been the plan since he arrived in 2011. 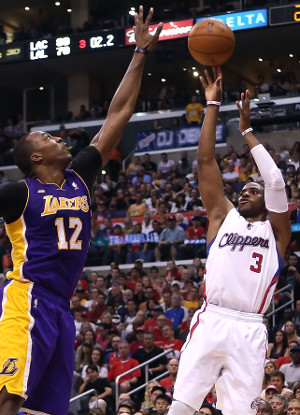 Did you notice how how much speculation you heard about CP3’s impending free agency?

You heard a lot more about Howard leaving the Lakers.

The insiders learned a year ago that Paul had no intention of leaving, for more reasons that the fact he was on a promising young team in Lala Land.

Paul wasn’t just on the Clippers, he had so much input, he was virtually running the team.

It was even acknowledged by a Clippers official, noting, “This is Chris’s roster.”

The plan was so good, it held up after the Clips neglected to re-sign GM Neil Olshey, who devised it, whereupon Portland’s Paul Allen swept in and stole him.

Then there was coach Vinny Del Negro, who jumped into the vacuum created by Olshey’s departure. With team president Andy Roeser and the new GM-to-be, Gary Sacks, Del Negro brought in Jamal Crawford and Matt Barnes, who helped the reserves form the NBA’s highest-scoring bench.

Not surprisingly, at least for the Clippers, Vinny was allowed to exercise so much power while they let his contract run out, too.

In fact, the possibility Vinny would be leaving was the last piece of the puzzle.

Before completing the deal with New Orleans, Olshey got Paul to waive his opt-out in the summer of 2012, committing himself to two Clipper seasons.

Knowing that a disappointing finish this spring might prompt CP3 to re-think his options, Olshey was content to let Del Negro come back for one more season.

One more disappointment – which the Clippers would experience at the hands of the Grizzlies – and Vinny would drop like an apple from a tree.

Paul would then get to sign off on, or pick his coach.

This hardly endeared Olshey to Del Negro, who could figure out what was going on easily enough.

On the other hand, Olshey faced no difficulty in bringing back Del Negro as a lame duck. That was the Clipper Way. Had Olshey wanted to extend Vinny, he would have had to convince owner Donald Sterling. 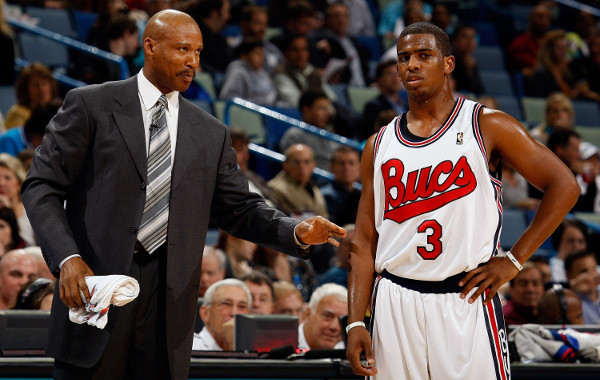 With Vinny’s firing, er, fate yet to be announced, the insiders’ frontrunners for the job are, indeed, all people Paul likes: Byron Scott, his coach in New Orleans; Alvin Gentry, the former Sun (and Clipper) coach; and Golden State’s Mike Malone, the hot assistant teams are lining up for.

(Monty Williams, Paul’s last Hornet coach, would have been another candidate, but he got an extension.)

Paul could create options, if he’s willing to forego a fifth season worth $28 million, but in an age when no speculation is too idle to be spread, you don’t hear anyone talking about it.

Chris loves Chauncey Billups, whom the Clippers gave $4 million to play 22 games – and whom they’ll sign again, for pure leadership ability and ambience, if they know what’s good for them.

If the Clippers could mess anything, the screwiest ship in the NBA Navy has functioned like a real organization for two seasons by giving CP3 what he wanted. 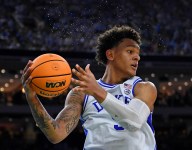