Tim Hardaway Jr: "It doesn't matter the team I play for as long as I can have an opportunity"

Tim Hardaway Jr: "It doesn't matter the team I play for as long as I can have an opportunity" 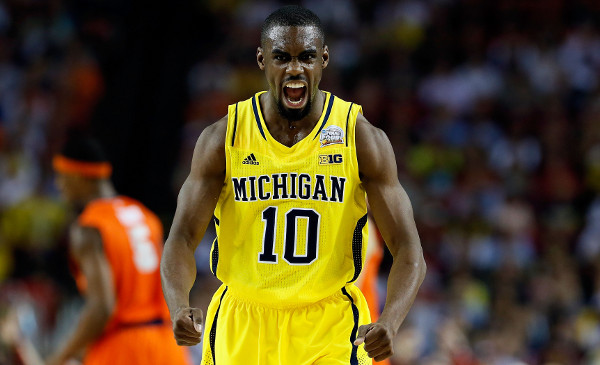 How are the workouts going?
Tim Hardaway Jr: The workouts are going really, really well. Going out there, playing hard, maximum effort… The competitive experience with the guys I am working out with is incredible. It's great to get the chance, the opportunity to compete with them.
What's the daily routine of the player during the workouts?
TH: My routine is just varied. A lot of treatment in my body, in my system so I can go out there and just give maximum effort. Just travelling on a plane takes a lot out of you. You want to do the best you can, keep your body in shape and get a lot of rest.
What do they normally ask you to showcase during the workouts?
TH: They don't really tell us anything. Every coach I've been with while I work out with the teams always say to give maximum effort so you can play basketball at the next level. So that's just what I try to do every time I'm out there playing and, like I said before, you just keep on competing with the guys you have the workout with.
What kind of team would you like to play with?
TH: At this point it doesn't really matter. I've been projected in so many areas. I know that just playing for Michigan, that's in the Midwest region, a lot of those teams are looking at me very closely.
You were raised in Florida, you played college basketball in Michigan. I guess you're not afraid of moving wherever it takes?
TH: Wherever it takes. I'm going to play ball. It doesn't matter the team I play for as long as I can have the opportunity
Do you have any expectations on where you can be drafted?
TH: I'm just trying to compete. I really want to try to get in that mid-teams area, like around 15th, 16th, 17th. That's my goal. I wasn't projected there at the start of this process. So that's my goal, to get there and I think I have a chance.
Did you get any advice from your father about dealing with NBA teams and NBA people?
TH: He said just to be myself, to have fun, don't worry about your mistakes. Do what you can do out on the court. Don't do anything out of the ordinary that you can't do. Just work hard and play hard.
You've worked out with other draft players. Is there anyone that has surprised you?
TH: Isaiah Canaan. He's doing a tremendous job during the workouts I've been with him. All I can say is that a lot of guys are giving a lot of effort. It's kind of hard at this point because the guys I'm working out with are projected in the same light as I am. It's back and forth, here and there, so you just have to go there and compete.
Do you see them as rivals while you work out?
TH: You don't see them as rivals but you definitely see them as people you have to compete with in order to get a spot because they're fighting for the same spot that you are. So you have to go out there and show the coaches that you can do the things a little bit more than the other person. They're not rivals but they are guys that are out trying to take your spot.
Are you rooting for the Heat in this Finals?
TH: I am from Miami so I've been a Heat fan ever since I was a kid. My dad played for the Heat so that's where I grew up, I went to middle school, to high school there. I've been cheering for the Heat for as long as I can rembember but I guess I won't be cheering for them after this year.
Do you think they're going to win?
TH: I can't count on it. The Spurs are a great team, they work very, very hard. They have kept the same team for a long time. So I'm up for a great Finals and whoever wins is the better team.
You're going to start a new chapter in your life, playing pro basketball in the NBA. Do you think you'll miss college life?
TH: There's nothing like it. Those are the best four years of your life. I'm definitely going back to get my degree, whenever it's next summer or the summer after that just to finish up. I'm gonna promise my family and my fans that. I'm gonna stick with it. College is a once-in-a-lifetime opportunity to have and definitely you want to make the most of it when you're there because it's the only time that you have just to be yourself and have fun and not worry about the real world.