Houston, we have a problem shooter

Houston, we have a problem shooter 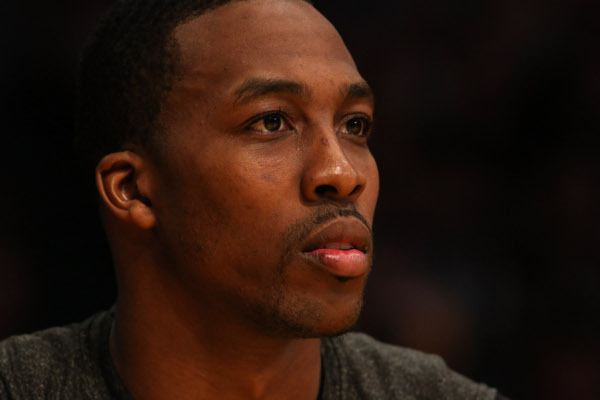 Dwight Howard picked the right pursuer. The competition – particularly the aged and infirm Lakers – didn't come close to measuring up to Houston. And Howard's best bet, the San Antonio Spurs – foolishly chose not to pursue him. But that's water under the Riverwalk.

The Rockets are getting the league's most talented center, presuming a healthy back and right shoulder, yet one who still has tremendous room to improve, particularly at the offensive end. He's pretty darn good inside of eight feet with his ambidextrous assortment of jumphooks, running hooks, spinning push-shots and baseball-toss bankers. Some need more polish than others, but his ability to shoot spontaneously around the basket with either hand is a great asset, one that certainly would have helped Moses Malone as a Rocket and later in his career. So let's dispense with the absurd notion that Howard can't do much more with the basketball than dunk.

The big problem is when Howard is outside of his eight-foot comfort zone – either on the wing or about to attempt a free throw. It's actually two problems: (1) Howard is a lousy shooter (2) who insists that his poor shooting is all in his head. He has said that he thinks too much, concentrating on too many technical things. He also has attributed misses to trying too hard: He's so desperate to deliver for all the fans who believe in him that the intensity adversely affects his shot. Howard has said he does better when he clears his head or maybe just focuses on one technical aspect than a bunch. He also talks about transferring his practice delivery, where for years he's made 80 percent in countless sessions of 100 or more attempts, to the bright lights of game night. He is still unaware, thanks to clueless coaches like Stan Van Gundy, that even a lousy shooter will heat up taking four shots a minute for an hour while an assistant tosses the ball back, as I explained back in 2000 in a column about Shaquille O'Neal's free-throw woes for the online edition of The Sporting News.

One reason the Spurs would have been Howard's best choice is that Gregg Popovich and shooting coach Chip Engelland would laugh themselves silly when Howard repeated his rationalizations. The two might just get through to Howard, persuading him that how he shoots explains why he shoots so poorly. Tony Parker, Tiago Splitter, Kawhi Leonard and other Spurs have improved significantly as shooters, which should make Howard amenable to a summertime fine-tuning or overhaul of his stroke. There's no guarantee that the new Howard would be a vast improvement over the old, but it's possible he'd unveil a respectable mid-range jumpshot he could shoot spontaneously and instinctively when such opportunities arise, and a new free-throw delivery that clicked at a 70 percent rate in games.

With Howard, the Spurs would have been favorites to win the 2014 and 2015 titles. His presence with the Rockets make them merely contenders. Still, it's a darn good fit, and willing-pupil Howard should benefit from the tutelage of Kevin McHale and Hakeem Olajuwon.

The question is, How much? Perhaps more in the area of footwork than shooting.

I don't like the work the Rockets have done with the shooting motion of Omer Asik (who I'd be inclined to keep). He improved last season, particularly in the playoffs when Thunder coach Scott Brooks employed the odious Hack-Asik strategy. But that delivery, which I've dubbed shooting backwards, has a low ceiling of success; it might get Asik to "adequate," but not much beyond. If the Rockets go that route with Howard they will be severely limiting his offensive potential.

Olajuwon, one of the best mid-range jumpshooters among big men in NBA history (ditto for McHale), didn't seem to offer Howard any practical advice in improving his sickly jumper or free-throw motion in either of their two summertime stints together. And if McHale's idea is to apply the Asik blueprint to Howard, he won't be all that helpful, either.

Summer is the time for trial-and-error experimentation, at least through mid-September. I would introduce Howard to a variety of shooting styles that have worked for big men in the past. I also would re-introduce him to his simple, rhythmic and effective rookie free-throw routine and shooting motion, when he shot a respectable .671 – a motion he scrapped the next season under the advice of Orlando Magic assistant coaches Randy Ayers and Mark Bryant. That began Howard's disastrous odyssey of deliveries and shooting gurus, culminating in consecutive 49 percent seasons from the stripe.

I would also have Howard shoot a variety of lefthanded jumpers and free throws 40 minutes a day. I'm lefthanded, and I'm flabbergasted that Howard, who blogged in 2010 that he was totally lefthanded until the eighth grade, when he broke his left wrist after being undercut while trying to dunk, didn't go back to being a lefty when he healed. He converted! Were there no lefties in his life to counsel him against such a foolish move? Maybe the reason he doesn't shoot as well as Willis Reed, Dave Cowens, Bob Lanier or David Robinson is that they had the good sense not to abandon their best, most natural hand on shots beyond the paint if or when they had a childhood injury.

Even if the "revitalize the left hand" experiment doesn't pan out, there's plenty of hope for Howard. As I've explained through the years, even if he has to settle for recapturing the muscle memory of the rhythmic righthanded stroke of his rookie year, that's a big improvement over the overly technical and technically flawed deliveries he's been failing with ever since. Did I mention I'm available to help?