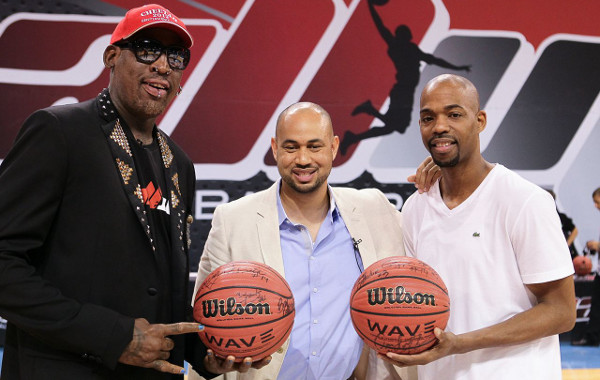 The Ball Up "Search For The Next" tour hits New York on July 20. Born and raised there, how big is the streeball game in the history of the city?

Rafer Alston: Streetball is big in the East Coast, especially in New York. We all grew up playing outside in the playground and during summer time the atmosphere is incredible. I've learned over the years that this is something that's part of New York. You see people on their way home after work, they'll stop and watch kids playing.

Do you think the tour is an example of how big the streetball has become over the years in terms of popularity, business-wise, fan base, etcetera?

RA: Definitely. There's a lot of excitement to see who will be the next guy that really dominates on the playgrounds. Like I said, this is a phenomenal thing for the streetball fans, so Ball Up right now is doing a good job of keeping the streetball game alive.

Now it's a worldwide thing, but I remember being a teenager, watching those And1 mixtapes where you did some really unbelievable stuff on the playgrounds. It was an underground phenomenon that would conquer the world of basketball.

RA: Those years… That was fun. A lot of fun. But I think that as I was playing I never thought we were captivating the audience until it hit me years down the line, because it was something that we did every day, it was like a natural thing for us in New York city. I enjoyed it so much, I met so many good people over the years playing streetball, had so many good friends… But like I said, we had big battles on the playground, just all-out battles where everything we did was just go at one another. So for me, I had to be on top of my game every single game. It kept the city alive. There were big players: Alimoe [Tyron Evans], who passed away… God Shammgod… Now we have Bone Collector [Larry Williams], The Professor [Grayson Boucher], Sik Wit It [Robin Kennedy]… The list goes on and on. They all keep the street game in the forefront, especially during the summer.

What kind of support does the streetball get from the NBA players?

RA: A lot of guys are involved in streetball. These guys, you know we grew up playing on a playground, so it's wonderful to see NBA guys come back to where it all started for them: guys like Matt Barnes, Jeff Teague, Dennis Rodman… If you lived in cities like Detroit, Chicago, Los Angeles, New York, Philadelphia… All of us, the first time we touched a ball was outside on the playgrounds.

What's your legacy as a player?

RA: A hard-working player. A guy who understood the game, who played it the right way. Nobody had to teach me how to make the extra pass. I worked hard at it. That's more important than accolades. 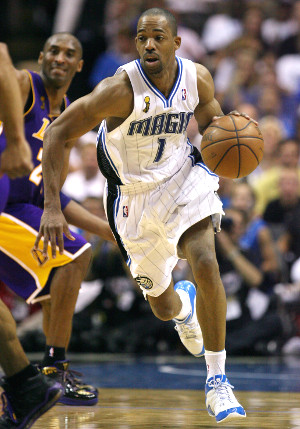 But would you like to be remembered as a playground legend or as a successful NBA player?

RA: Over the years it started to almost even out. I know of course a lot of people remember me for the mixtapes, the playground battles… But over the years a lot of fans realized that 'Man, wait a minute, this guy was a starting point guard and played the NBA Finals.'

What was your best moment in the NBA?

RA: There are two moments that really go hand to hand. First would be my years in Houston. I know we didn't win the championship but we were a great team, good teammates, good friends… And we won 22 games in a row, which was really fantastic. And my second moment would be my stint with the Orlando Magic. We had  a great run and we made it to the NBA Finals but we couldn't beat the Lakers.

What do you think about Dwight Howard's decision to go to Houston?

RA: It's part of the free agency, the ability to choose where do you want to play. He chose Houston because in his eyes he thinks it's the best opportunity to win the championship. He has Harden, Lin, Parsons… Dwight can do it.

You know pretty well what's important to entertain people with your game. Who's the most exciting player out there in the NBA?

RA: There's a lot of them. From Durant to LeBron, Wade, Kobe… I love watching Carmelo, I love watching all of my friends from New York like Odom, Metta World Peace… Chris Paul, Deron Williams, Derrick Rose, Rajon Rondo… Well, if I had to choose I would say Durant.

Which point guard would you sign for the Ball Up team?

And who was your best coach during your career?

RA: I remember all my coaches, I love all my coaches, even the ones I had a run-in with. George Karl, my first NBA coach, Rick Adelman was great, I played under Lenny Wilkens who was a point guard and he was from Brooklyn, New York. Sam Mitchell, his drive as a journeyman in he NBA, bringing the work ethic to the team… They were great. 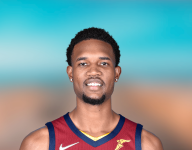