The numbers game is fraudulent (Part 1)

The numbers game is fraudulent (Part 1) 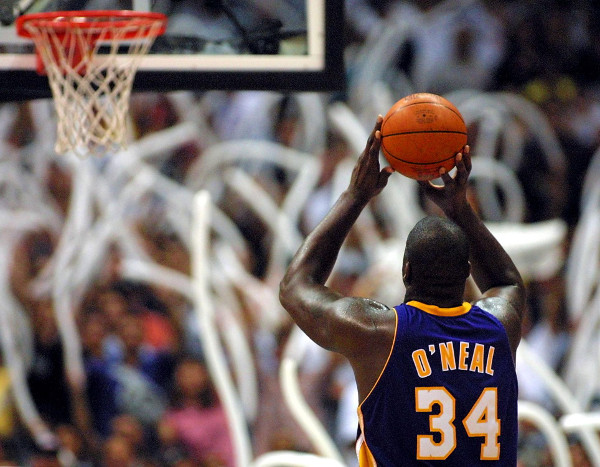 We Americans are obsessed with numbers: The stock market and its fluctuations. The GNP and the unemployment rate. Ubiquitous rankings and poll results. Test scores. Gross and net worth. Digits wrought in red or black. What’s your APR? Your credit rating? Who’s number one?

In virtually every aspect of our society, value is expressed in linear, numerical terms. This allows the individual (and the collective) mind to reduce the ongoing, ever-changing stream of life to a static format that is presumably more easily quantifiable.

It also gives sportswriters and broadcasters something to talk about.

Yet even as Sabermetrics has become the latest craze in the NBA (as per the recent hiring of the stat-crunching John Hollinger by Memphis) there are many fallacies in this way of evaluating basketball players. The primary one being that most statistics tally what happens when a player wither has the ball in his possession or is in close proximity to the ball. Since there are 10 players on the court, 80-90 percent of the game is ignored.

Consider assists: Used to be that a pass-catch-shoot-and-make was the only sequence that led to an assist. Nowadays, an assist can be awarded when the pass-recipient takes one dribble and two steps before his make.

Proof that the awarding of assists can be highly subjective is the fact that most of the NBA’s assist leaders garner more assists per game at home than they do on the road.

Moreover, shooting percentages are unreliable since they fail to differentiate between good-shots and ill-advised ones, or between meaningless heaves launched before the buzzer end a blowout, and botched layups in the clutch. Or between easy shots generated by a fast-breaking team and much more difficult shots made under heavy pressure. According to the numbers, Shaq was among the best shooters in the history of the NBA.

Moving on to rebounds… Since poor-shooting teams miss more shots, their big men have many more opportunities to snatch offensive rebounds. Conversely, the bigs on running teams and those loaded with sharpshooters are rarely among the league leaders in this category.

How many times in last’s season’s championship series did the Spurs forgo contesting their offensive glass in order to quickly transition to defense to try to hinder the Heat’s dynamic running game?

Plus, rebounding an opponent’s missed free throws is easily done, since the defending team has both inside positions along the foul lane.

Points scored is another misleading number. Points racked up by players on bad teams are relatively meaningless. It’s when a player scores that really counts, plus the circumstances. Amassing stats on how many fourth quarter points somebody scores, or how many times he scores in the last two minutes of a close game, etc. are also limited evaluations. Did a player score because a defender missed an assigned rotation? Or the player grabbed a teammate’s airball and wound up with an uncontested layup? Or was it a breakaway dunker created by a teammate’s steal, offensive rebound, and or perfect outlet pass?

Case in point is Wilt Chamberlain’s 100-point game against the Knicks on March 2, 1962. The game itself was a blowout – Philadelphia won 169-147 – and in the last quarter the Warriors took to deliberately fouling the Knicks as soon as the ball was inbounded. They did this to prevent New York from stretching their every possession, which would limit both Philly’s possession time and Chamberlain’s opportunities to generate more shots. To this day, several of the Knicks who played in that game still feel that Wilt’s performance was dishonest, unsportsmanlike, and artificial. 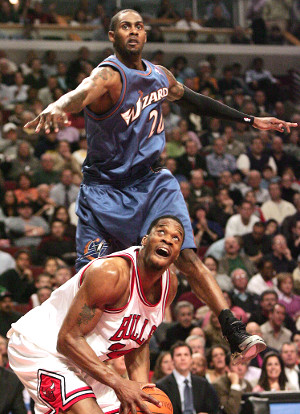 On the other end of the game, steals and blocked shots are cited as evidence of a player’s prowess as a defender. Back in 2005, Larry Hughes was named to the NBA’s All-Defensive 1st Team solely on the basis of his league-best 2.89 steals per game. The votes were cast by the league’s coaches, who obviously didn’t care that Hughes was a mediocre straight-up defender whose perpetual gambles left his teammates in precarious defensive situations whenever his always risky speculations came up empty. (Karl Malone and Chris Paul are additional examples of this kind of reckless defense that has nevertheless earned them reputations as excellent defenders.)

Similarly, the ability to block shots is not always a reliable measure of a superior defender. Too many long-armed, quick-footed, and high-flying bigs are so eager to reject shots that they’re liable to hastily abandon their assigned defensive positions to attack any shots in their vicinity, and are therefore vulnerable to biting at the merest head fake. At the same time, many of those guys are less than satisfactory straight-up, man-to-man defenders. Current and most prominent examples are Dwight Howard, DeAndre Jordan, and Blake Griffin.

Clever teams can maneuver the ball to deliberately sucker these block-happy dunces into leaving the basket unprotected. Phil Jackson’s teams were especially good at this.

Dave DeBusschere and Gus Johnson were clearly the two best wing-defenders ever and rarely blocked a shot or made a steal. Among the bigs who fit this category are Wes Unseld, Charles Oakley, Willis Reed, Paul Silas. Among the guards are Bill Sharman, Jerry West, Dennis Johnson and Sidney Moncrief.

In truth, the true-blue defenders are those who focus on ball-denial, endless hustle, precise and timely rotations, forcing their opponent’s into help-areas, as well as chest-to-chest confrontations that force shots under heavy pressure.

Ballhandling is next. Frequently, when one player zigs instead of zags, his teammate may get stuck with the ball in the wrong place at the wrong time and consequently try to force a pass or dribble in rush-hour traffic – and get charged with the ensuing turnover.

Let’s examine minutes and games played. In NBA.com, minutes are given in whole numbers. This means a guy who plays one second and one who plays eighty-nine seconds are both given credited with one game and one minute played. This eighty-eight second difference could conceivably include at least four possessions, and could therefore be the difference between a totally insignificant appearance and a critical one.