The numbers game is fraudulent (Part 2)

The numbers game is fraudulent (Part 2) 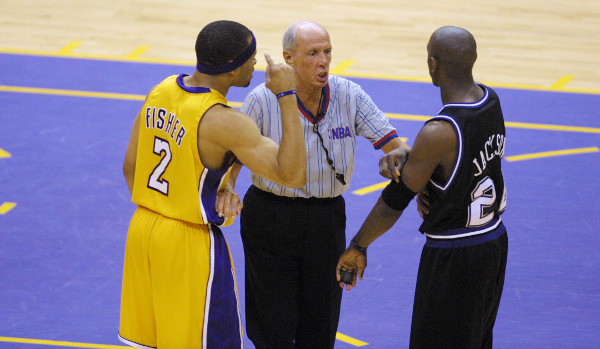 You can read Part 1 here.

Now we come to my favorite group of people… According to Ed Rush, the one-time supervisor of NBA officials, the calls made by the league’s refs are correct 92 percent of the time. But that means that eight percent of fouls and infractions called are erroneous – even with late-game access to tape replays. Plus, Rush offered no approximation of how many times the refs err by not tooting their whistles.

The defensive game plan of both the Bad Boy Pistons – the NBA champs in 1989 and 1990 – was to commit a dozen fouls on every play, knowing that the three blind mice wouldn’t call them all lest the other team take a hundred-plus appearances at the stripe. Also, since refs are not robots they each have their own personal interpretation of what they chose to see. Some let players bang, while some are quick to make tickle calls. Many look to whistle their poet infractions – traveling, hooking, going over the back in the battle of the boards, and so on.

There are certain refs who tend to call charges instead of blocks, and vice versa. Some, like Bernie Fryer, were notorious homers. Some, like Violet Palmer, are obviously incompetent. Some, like Joey Crawford, have quick triggers. Some, like Dick Bavetta, favor the better teams.

Some overscrutinize the activities of certain players and certain teams. Bob Delaney habitually overreacted to every move made by Shaq. Jake O’Donnell was called “Jake the Snake” in Boston because virtually every questionable call he made went against the Celtics.

During his long career coaching in both the ABA and NBA, Kevin Loughery believed it was more beneficial to scout the refs than to scout the opponents of the moment.

How trustworthy can referees be if they are programmed to only attend to mistakes and misplays? In so doing, they totally miss any appreciation of the beauty of the game.

If the refs have a distorted view of the game, then statistics such as free-throws attempted, fouls, turnovers, and even wins and losses are anything but objective.

So what are we left with?

To truly judge the effectiveness of any given player, disregard the numbers and disregard the ball. Instead watch what he does when he doesn’t have possession or isn’t even in the neighborhood of the ball. Does he set weakside picks? Make cuts that open up space for a teammate? Make the pass that leads to an assist pass? Box out? Make appropriate defensive rotations? Get back on defense? And so on.

After all, in no circumstances can numbers ever measure the human spirit.