Howard-Asik combo will not work

Howard-Asik combo will not work 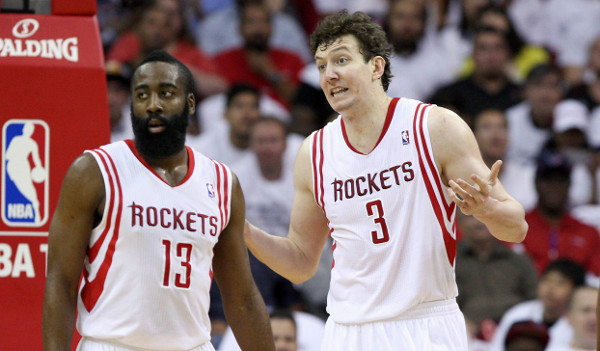 The NBA is a fad league and we are in one now in relation to analytics. This way of running organizations has become a staple within sports in recent years. Baseball started it and now basketball has embraced it totally.

This is actually nothing new. Teams have historically copied the patterns of successful franchises.

I reflect back to fads that dominated front offices' thinking in the 80's and 90's… First one was playing big point guards like Magic Johnson, Reggie Theus and Dennis Johnson. After them, players like Paul Pressey, Robert Reid, Clyde Drexler or Nate McMillan all of a sudden were running their teams from the point guard position.

Teams have definitely continued to employ big point guards, but the twin-tower usage has been inconsistent and has rarely produced great combinations other than Bynum–Gasol not long ago.

This brings me to the situation unfolding in Houston.

I love the assets the Rockets have accumulated in such a short time after dismantling their team a year ago. I love James Harden and the potential of Chandler Parsons. I love the role players that will play unselfish within this move-the-ball, stay-out-of-Harden's-way system. 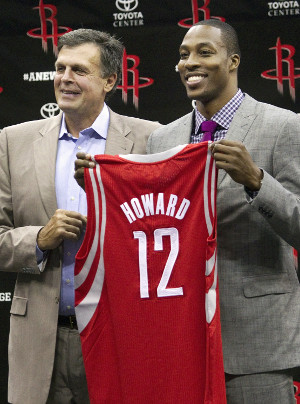 But I see major problems if the Rockets think they can create a twin-tower system with two perennial brick layers from the free-throw line like Dwight Howard and Omer Asik. Nothing about this combination excites me other than the fact they will take up space defensively and fight for rebounds.

McHale obviously is rolling the dice into thinking he can manage Asik's minutes and keep him happy. It is going to blow up if Asik's attitude is still about starting and minutes played… Which I suspect it is.

Harden is probably cringing at the thought of having to navigate perimeter defenses and then avoiding two players who feel like they are in Antarctica when stationed outside the paint.

This will only work if Asik is a backup. Howard will put up monster numbers without Asik's presence and it will get better if they trade him for a power forward that can knock down a perimeter shot and make at least 70 percent of his free throws.

If the Rockets could get a third team involved, maybe they can sway Portland to acquiesce LaMarcus Aldridge's private trade demand or take an elder statesman in Shawn Marion.

Yes, maybe I am grasping at straws. But I do know this Howard-Asik duo does not work and the Rockets are making a grand mistake trying to see this through.

The Western Conference is extremely deep and a slow start early could mean no home court again in the first round.

If Asik is on this roster at the start of the season, I think they struggle early. They will then risk tension in the locker room if they decide to bring him off the bench and have him sitting in crunch time watching Howard.

To his defense, Asik worried about this very situation when Howard was acquired. The Rockets will only have themselves to blame if this nightmare scenario materializes…

And I suspect it will.