Plenty of Americans in FIBA tournaments

Plenty of Americans in FIBA tournaments 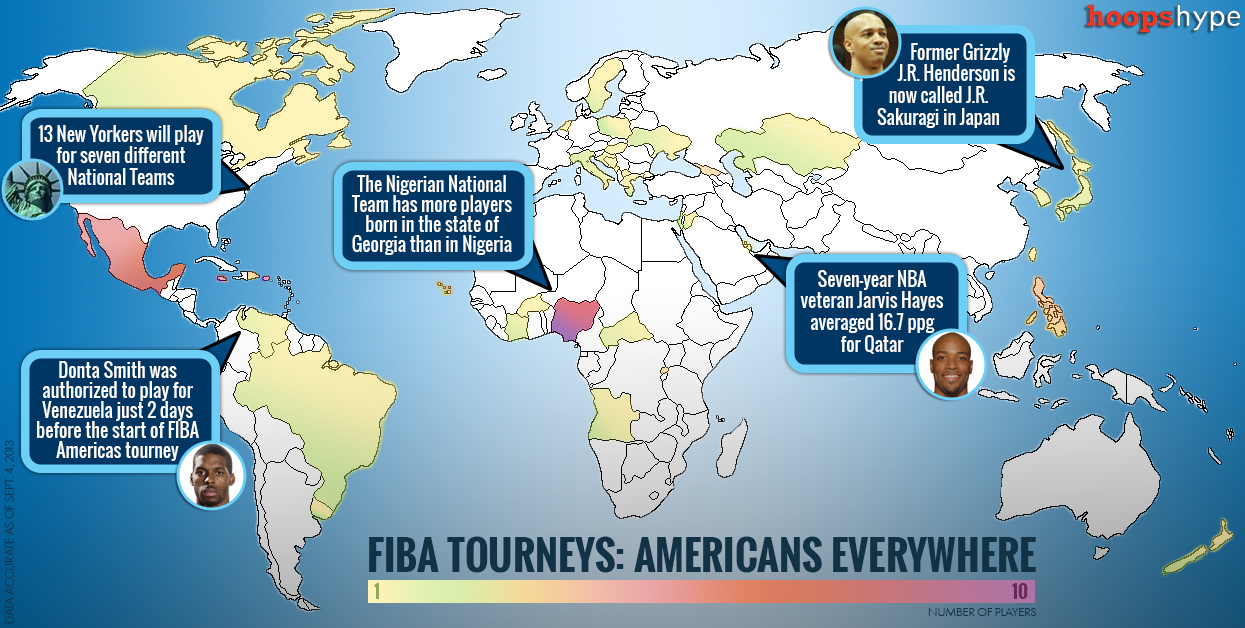 In a momumental upset, Taiwan beat China in the quarter finals of the FIBA Asia tournament last month. The main responsible for the win was Los Angeles-born Quincy Davis. Davis finished as the fifth-best scorer in the tourney, followed by Seattle's Chester Giles, who played for Bahrain, and Floridian Jimmy Baxter, who acquired his Jordanian citizenship this summer.
Euroleague star Bo McCalebb, a native of New Orleans, is leading a potent Macedonian team at the Eurobasket, which started Wednesday. He was the top scorer at the 2011 edition. McCalebb could end up facing fellow point guards Dontaye Draper (Croatia), Ricky Hickman (Georgia), Zach Wright (Bosnia-Herzegovina), Tyrese Rice (Montenegro) and Pooh Jeter (Ukraine).
You get the picture.
American-born players representing other countries is a growing trend in FIBA competitions and often becomes a central factor in the outcome of these tournaments.
Per our research, when all FIBA competitions in advance of next year's World Cup come to an end this month, 66 players born in the United States will have represented 37 different countries.
While some have legitimate ties to the nations they represent – namely those playing for Nigeria, Puerto Rico and Dominican Republic – many of them are hired guns that often had not previously set foot in those countries – something McCalebb admitted on the record during his torrid run with Macedonia at the Eurobasket a couple of years ago.
The trend is especially troubling in Asia, where five teams out of 15 at the intercontinental competition had U.S. players as leading scorers.
Full data below.