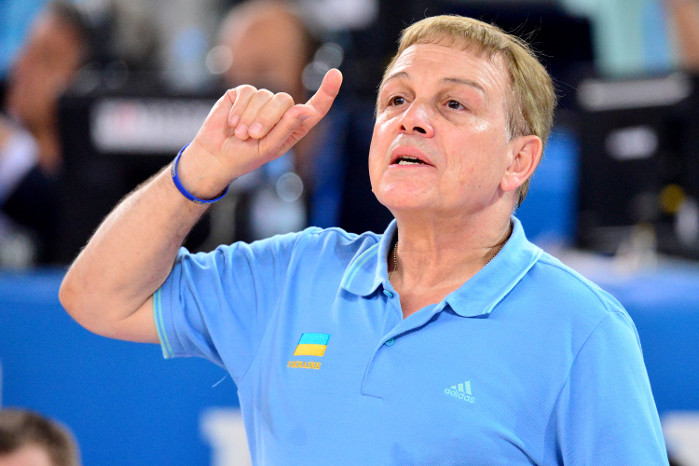 Who called you to become the head coach of the Ukraine basketball team?

Mike Fratello: The call came from Sasha Volkov, now the president of the Ukraine Basketball Federation. He played for me with the Atlanta Hawks. The heart and soul of international basketball to the NBA, Kim Bohuny, knows Sasha very well and she got a call from Sasha. Sasha said 'Hey Kim, do you think Mike would be interested in coaching the National Team?' Then Kim called me and I said 'Let's talk about it.'

How did it feel that a former player of yours called you so many years later to offer you the job?

MF: It was a great honor. I have a very special feeling for Sasha. He's a very special person to me because when he came over to the United States I felt for him because of how difficult it was for a young man to come to the United States, a man from the Soviet Union… He was a great player by then but he was now in the NBA, there was so much to learn for him: the language and on and on. I admired him so much because you knew no matter what he did he was going to be successful. Fast forward down the road, he's now the president of the Federation and he's also a member of the Parliament. If you think about that group that played for the Soviet Union –  [Sarunas] Marciulionis, [Arvydas] Sabonis – those guys, you could tell back then they were smart, and down the road you see they are successful.

Had you ever considered coaching a national team before that call from Volkov?

After finishing in sixth position, do you think Ukraine has overachieved in this tournament?

MF: If you work hard, very hard for something, and if you dedicate the time to do it and then you achieve it, I don't know if it's overachieving or it's attaining the goal that you set out to try to attain. They wanted to be in this tournament, so they fought and got in the tournament. Then they came into the tournament and they won it to get to the second round. Once in the second round, you look around and say 'Hey why don't we try to qualify to the World Championship?' So to their credit, they've always gone after what they wanted through their hard wok.

From time to time you see american coaches working for National Teams, but we don't see many American coaches coaching overseas clubs anymore. Why is that?

MF: I don't know… It would be probably the same question about European coaches not coaching NBA teams. People ask me about it and I think there will be the day when a European coach will coach an NBA team. Likewise, I don't know how many (American) coaches have been offered a job. Maybe coaches are not turning down offers, maybe there has been no offer made to European coaches to coach an NBA team and also American coaches have no offers to coach a European club. Maybe they are afraid to bring an American coach because of the language barrier… So maybe if they offered maybe there would be people who would accept.

Looking at the finest jobs in your coaching career, how would you rank this stint with the Ukrainian National Team?

MF: This has been special to me as far as what this team was able to accomplish and looking back three years ago… You know in Atlanta I was seven years as the head coach, in Cleveland six years as the head coach. We kind of went through three separate stages. Then Memphis was just short, three seasons although we made the playoffs twice. Here, to come in and get the group, put it together, make some changes, add some new pieces, and have this great opportunity… That's one of the most special moments.