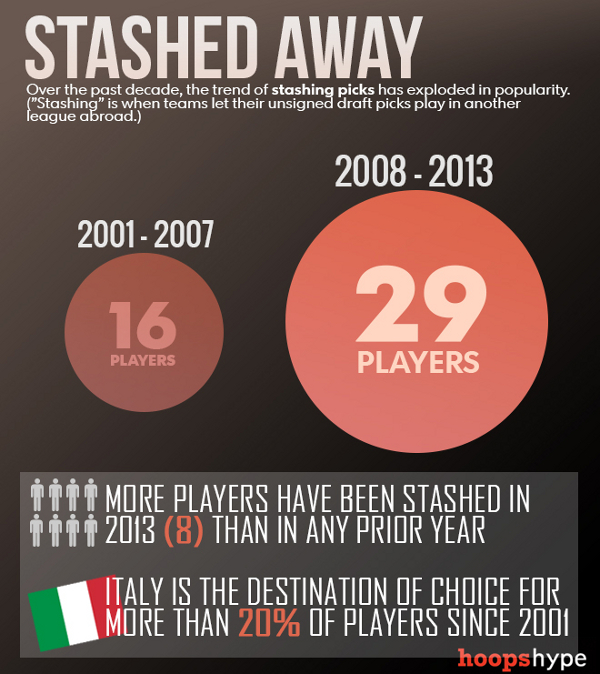 Eight of the 24 U.S. grown players selected in the second round of the 2013 draft will be playing overseas this coming season. This wasn't very common a few years ago, but it's becoming a growing trend in the NBA these days.
Based on our research, 2013 is the year with the highest number of second-round picks stashed away out of college. The total since 2001 is 45 – most of them (39) going to Europe.
If you went to college in the States and ended up playing your first year of pro basketball outside of the NBA following a second-round draft selection, it doesn't bode well for your future in the league. Only nine of the those guys have played in the NBA. As of now, only two – Matt Bonner and Darius Songaila – have played in the league for more than one season.
Full data below:
Bold: Played regular-season NBA games.