Big names that will disappoint you

Big names that will disappoint you 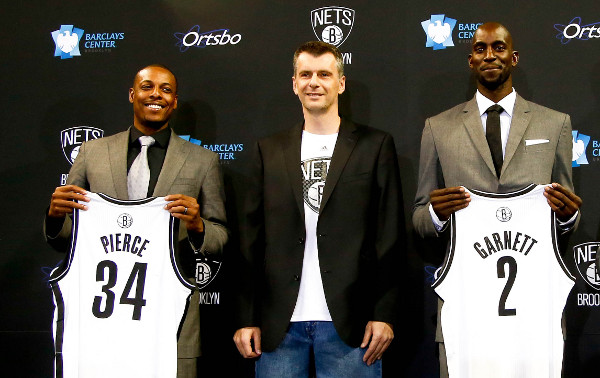 As the season rapidly approaches there are several players who hold the keys to their respective teams’ success or failure. Guys like LeBron James, Kevin Durant, Chris Paul and Tim Duncan will assuredly be positive influences. At the same time, there are also many high-profile players who will most likely be major disappointments.

Kobe Bryant: Since a right-handed player’s power leg is his left one, Kobe’s Achilles-tear will prove to be especially costly. Can he become a high-flying two-footed jumper like Dominique Wilkins was? Will he be able to execute quick, tight spins while pushing off his surgically repaired left leg? Probably not.

And what about his rightward lateral movement on defense – a maneuver that likewise necessitates planting and pushing off on his left leg?

To say nothing about the knee miseries that sent him to Europe for special treatment.

For sure, Bryant is a ferocious competitor, but at age 35 and having played well over 1,400 games (nearly 200 more than Michael Jordan), Kobe’s best days are only a memory.

Look for Kobe to become more of a jump-shooter who will make minimal appearances at the stripe, and to be more of a liability on defense.

Kevin Garnett: At age 37, he’s taken the court nearly 1,500 times, so it’s no surprise that his effectiveness has been diminishing for several years. Even in his prime, KG was known around the league for his impotence in clutch situations. If he’s still very aggressive at the other end of the court, his effectiveness on defense is limited to playing keep-away on posted-up opponents.

KG is now increasingly slow off the floorboards and slow to react to opponents who can turn-face-and-go. Despite his self-aggrandizing chest-beating, he talks a better game of defense than he can play.

Look for Garnett to play with his accustomed zeal, but to be more of a jump-shooter than he ever was.

Paul Pierce: After last season’s All-Star game, PP’s legs were dead. His 36-year-old wheels will show some spring early in this season, but by Christmas his offense (like Garnett’s) will consist mostly of set-shots and pull-up jumpers.

At best, Pierce will be reduced to the status of an auxiliary scorer. 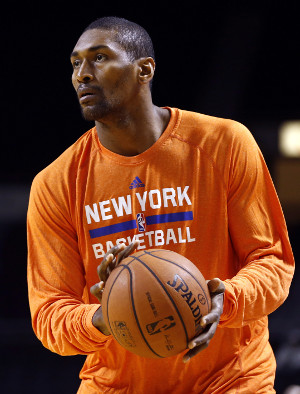 Metta World Peace: His lateral movement has been curtailed to such a degree that he can only play his usual bully-boy defense against plodding power forwards. The erosion of his skills has also made MWP even hungrier to hoist ill-advised shots than ever.

Look for him to be increasingly frustrated, and therefore more and more belligerent, and a distraction not an inspiration.

Dwight Howard: Kareem Abdul-Jabbar was correct in indicating that Howard’s overall effectiveness is hampered by his low basketball IQ. Howard’s offense remains crude, he routinely gets bumped off-balance when he wheels his right-handed hook to the middle, and he can’t touch the ball in the clutch because of his pitiful performance at the stripe.

A vastly overrated defender, DH wants so earnestly to block shots that he’s often out of help-position. And turn-and-face opponents regularly tool him.

The only unmitigated plus he brings to his new team is his relentless rebounding.

As the season unrolls, look for the hometown Rockets’ fans to become as disillusioned with Howard as were the fans in Orlando and in Los Angeles.

Jeremy Lin: Sure, he’s savvy beyond his years. Too bad his left hand is weak, his right-to-left crossovers leave the ball too far from his body and therefore unprotected. In addition, even the slightest defense pressure greatly hinders the accuracy of his jumpers, he lacks the foot-speed necessary for a top-flight point guard, and his defense is poor.

What’s left in his repertoire? Pick-and-rolls with Dwight Howard?

With the increased expectations the arrival of Howard has inspired in Houston, Lin’s shortcomings will become more obvious.

Carlos Boozer: This guy is a sure-handed rebounder, but can’t elevate quickly enough to rescue missed shots in a crowd. His driving days are just about gone and these days his offense primarily consists of his fadeaway jumpers. Boozer’s defense, never acceptable to begin with, is increasingly disastrous.

Not to mention that he’s usually inept against the better teams.

Even with the return to greatness of Derrick Rose and the improvement in Luol Deng’s offense, the Bulls are still in dire need of a reliable third scorer – particularly one who is an inside threat.

Since both Mile Dunleavy and Jimmy Butler lack post-up presence, and Joakim Noah is only sometimes a threat in the paint, the burden to provide points in the paint will once again fall to Boozer. And his inability to produce on a constant basis is the main reason why the Bulls will once again fail to survive the Eastern Conference playoffs.