Off to a good start

Off to a good start 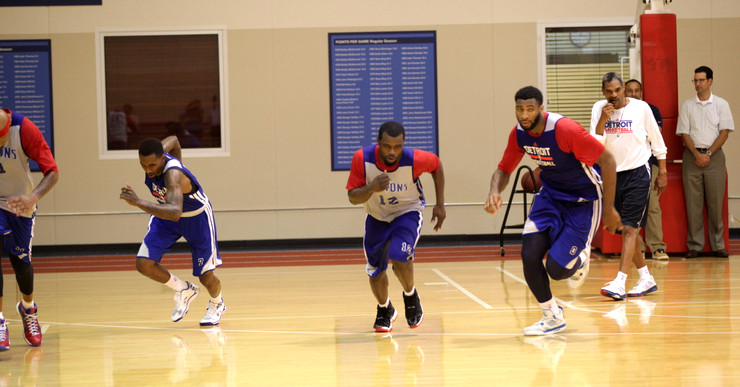 We started the season Wednesday with a big win. I'm very excited about this year. I worked hard over the summer to prepare for this season, and as a team we are working to be a competitive squad in the league. There's a lot of talent on the team and everybody is eager, hungry, focused, wanting to contribute.

There is talent within all my teammates. We are learning about each other, what works or may not work, all with the overall goal of finding what will be the most effective on the court.

During the preseason, I had a very good game against the back-to-back champions Miami Heat [28 points on 11-for-16 shooting from the field and 5-for-8 from the free throw line, six assists and four rebounds]. Actually, I was hurt. I had suffered a hip injury during practice, but we had two other guards down, Brandon Jennings and Rodney Stuckey, and Chauncey Billups wasn't playing either, so I had to play.

I just wanted to go out there and play well. There were a lot of pick-and-rolls but we were just out there competing against a team that had been together for a long time. The Heat have the chemistry, so we did a good job considering the circumstances.

I've been in the NBA for seven years and everybody knows I bring a strong work ethic, talent and determination to the court each and every game. As far as what the fans can expect from this team, I can say that we are a defense-first team. There's going to be a lot of pick-and-rolls… and a lot of dunks! 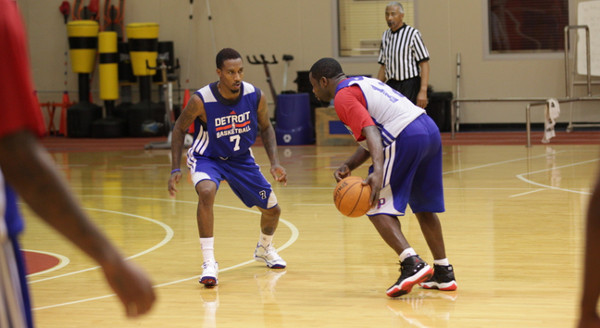 There's a lot of new faces on the team. I really like Kentavious Caldwell-Pope. He has the potential to become a great defender. He has a high basketball IQ and he plays basketball the right way. Chauncey said he was like a Tony Allen/Bruce Bowen type of energetic defender. Everybody was very competitive during the preseason: myself, Brandon Jennings, Josh Smith, Greg Monroe, Charlie Villanueva… Everybody!

We start the season playing four of the first five regular season games at The Palace, so we have to take care of our home court. We are a new team as a far as chemistry and still have growing up to do as far as playing with each other and knowing what we want on the court. I know that is critical to winning, especially on the road.

It's that time… I hope that with our hard work and focus, we will see more wins than losses this season.

That's all for now… Talk to you soon!