Whatever happened to Gheorghe Muresan?

Whatever happened to Gheorghe Muresan? 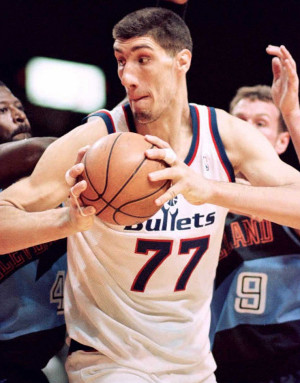 Gheorghe Muresan remains a popular figure in the place where his NBA career began, Washington. Born in Romania, the 7-foot-7 Muresan played six NBA seasons, four with the then Washington Bullets and his final two with the then New Jersey Nets.

Now 42, Muresan was a second-round draft choice in 1993 and 30th overall selection by Washington. His best season was 1995-96, when Muresan was named the NBA’s Most Improved Player after averaging 14.5 points, 9.6 rebounds and 2.3 blocked shots. A persistent back injury cut short his NBA career.

Muresan and his wife Liliane live with their two sons Gheorghe, 15, and Victor, 13, in suburban Washington.

So tell us what you are doing today and what’s a typical day like for you?

Do you travel much between here and Romania?

GM: I don’t travel that much. Usually in the month of August I go to Romania and do basketball camps there. 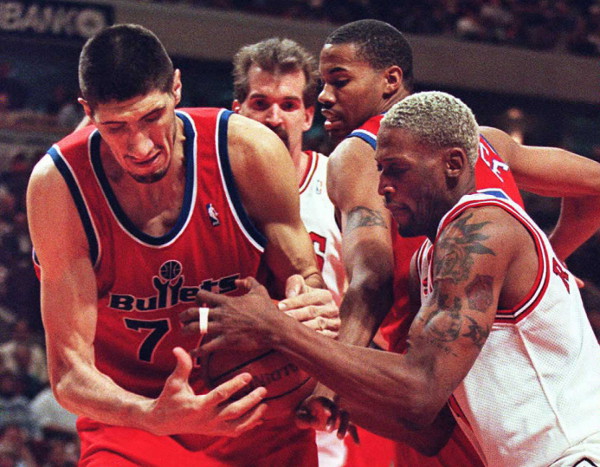 What was your best NBA memory?

GM: Everything was exciting and different and something interesting. Every game was exciting for me to play. When we played the Chicago Bulls in the playoffs (in 1996-1997), that was exciting. That was the best year. I loved playing against (Michael) Jordan.

GM: At that time Jordan dominated and the Bulls were incredibly good. It was very hard to keep up .

What were your recollections of the playoff series? The Bulls swept Washington in three games, but after losing the first game by 12 you lost the next two by a combined six points.

GM: We lost games that were very close and I felt we could beat them. He (Jordan) could do whatever he wanted and could control the game so easily on offense and defense.

Your best year was 1995-96 when you were named the NBA’s Most Improved Player. What was your recollection of that season?

GM: I was working like crazy to be a good player. It made me feel and good that my work was appreciated. I feel I accomplished something. I had a very good season that year and was in very good shape and took care of my body. The key to being a good player is to take care of yourself. I had my wife with me and I didn’t chase girls. Chasing girls will get you tired. I have seen a lot of players get tired from late nights chasing girls. 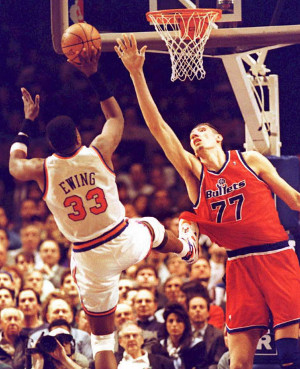 Who was the toughest player for you to guard?

GM: When I played, there were very good centers, Patrick Ewing, Rik Smits and in the Western Conference there were some very strong players like Hakeem Olajuwon. After playing Shaquille O'Neal, my shoulders were sore for two days, my body got beat up bad. He was so strong.

How difficult was it to get adjusted to life after you retired?

GM: It was hard. I retired because of back surgery. My back was in really bad shape. My mind wanted to play but my body said otherwise and that is when I retired. I said I was too young to retire from playing basketball. I played another year in Europe. After I retired I was so used to getting up and go to the gym and when it was done, I missed the feeling. So for me it was very hard, but it was a decision I had to make. I had no choice.

When you were young and growing up in Romania, did you ever dream of playing in the NBA?

GM: Never. I felt the players were too big and strong and I couldn’t compete against them.

So after being drafted, how did you feel about the chance to play in the NBA?

GM: I was very curious to see if I could compete against the good players. All the time I wanted to play against good players and this is what I wanted, the top competition. So it was a real challenge to come and play in the NBA.

You did a little acting including a role in the 1998 movie My Giant with Billy Crystal and commercial endorsements with Snickers. Did you enjoy that and would you like to do more?

GM: I loved and had the best time. I am not doing movies, but I would love to do it.

When you came to the U.S you said you didn’t know much English. How did you learn the language?

GM: Watching TV and the news every day and talking with people. I really wanted to talk and express my feelings and the only way to do that way to learn the language so I worked at it. When there is something you like to learn, it comes easier.

Any teammates you particularly enjoyed playing with?

GM: I enjoyed all my teammates.

Any one who stands out as a player?

GM: Rod Strickland. He was very quick and a smart player with a high basketball IQ.

GM: Today’s game the players are much better. They should be better right now with all the advances in training. Basketball I think is much better than 10-20 years ago.