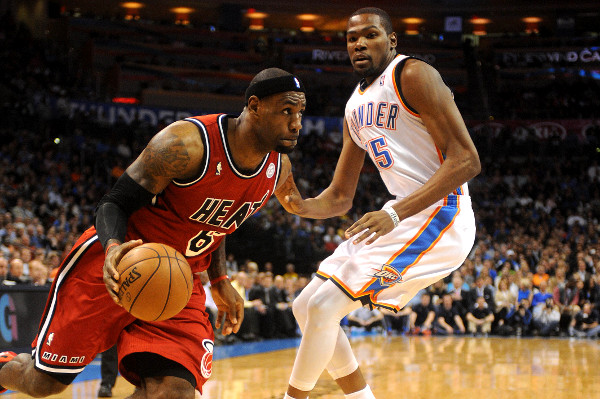 I am excited about the talent level of our players and that's why my Top 25 list was more difficult than in previous years, especially from 15 down. I have six new entrants and obviously a few are by default because of injury to players such as Rajon Rondo and Andrew Bynum.

I come up with my list by using the eyeball and common sense approach. Analytics is not in the equation and so I will be impatient with anyone spewing numbers at me. I am projecting what they will do this year while understanding what they did last year. For example, Kobe Bryant is at 20 because he is fighting Father Time with a bad wheel.

Garnett is at 25 because what he does on the court is difficult to understand unless you are in the Nets locker room. 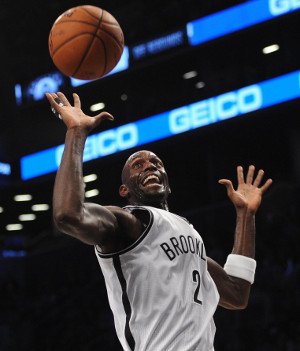 The most focused basketball player I have ever seen. He was taught by old-school players and he has made it an intimidating art form of consistency. Garnett has kept himself in great shape and looks like he could play well into his 40s. Will take the talented Nets to the Conference Finals this year with his leadership.

Lopez is the best scoring center in the NBA, but up till now that's where it started and stopped. I expect Garnett to challenge him and at the same time relieve him of the pressure of having to score, which should help him improve his defense and rebounding.

Just a nasty, intense basketball player that gets the best out of his ability every night he steps on the basketball court. He is the most versatile big man defender in the league and his offense has surprisingly improved over the last few years.

Injuries have caused subpar seasons but with help arriving in the form of Garnett, Paul Pierce, Andrei Kirilenko and Jason Terry, he will return to all-NBA status.

He has fallen over the last few years, but his stock will rise again because Doc Rivers will challenge, discipline and improve his overall basketball game. He will become a nightmare if he ever can make free throws because he will lose his hesitancy to attack the rim in the fourth quarter. Karl Malone did it and so can Griffin with hard work in practice. 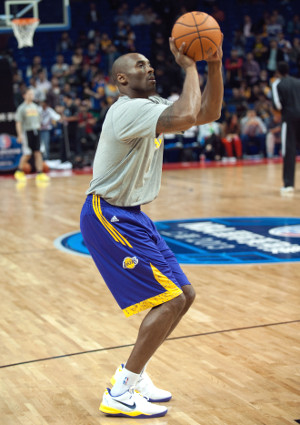 This is hard and it does not seem fair, but it is correct. Father Time loses to no one. The fierce competitive spirit of the Black Mamba will not be enough to overcome a serious injury at 35 years old.

I have criticized Bosh like everyone else at times, but he was a difference-maker in the Finals last year –  especially with that big rebound and pass to Ray Allen in Game 6.

Just class. Duncan is the most respected star that's ever come through this league. Everyone likes him and that is unique for an accomplished star. He continues to defy Father Time with ultra smart play and a great competitive and unselfish spirit.

How many teams would love to pry him away from the Blazers? He has become a prototype power forward. He can play with his back to the rim, but can also spread the court and knock down perimeter shots. I thought he became a better leader last year and I expect him to put together another strong season.

He looked like the second coming of Wilt Chamberlain against the helpless interior of the Miami Heat in the Conference Finals last year. If he can duplicate that tenacity for 82 games, he could easily become the best big man in the game. 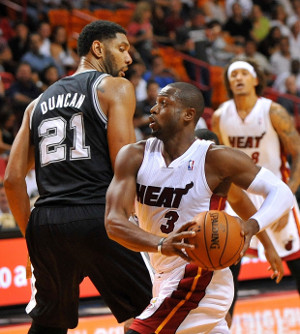 Let's be honest: Bad knees can render you to mortal status. But Wade showed guts and pride last year. When healthy, he is a Top 10 player no doubt and that's a scary thought for teams who think about beating the Heat come playoff time.

A quality young man and player. He has improved because he understands the game. He reminds me of ex Sonic and Pacer teammate Derrick McKey with more confident offense. The sky is the limit, but now the pressure is on with a new contract and high expectations.

Video game offense that has a mix of new school and old school. The show he put on in Game 1 of the Western Conference Semifinals against the Spurs was one the best shooting displays I have ever seen. I expect better passing numbers this year and hopefully strong ankles.

Last year he showed me why he was the No. 1 pick in the draft. He is very difficult to guard and has Chris Paul-type toughness. Once he grasps the leadership role effectively, he will take the Cavs to the playoffs.

Injuries have slowed him, but there is no mistaking that when healthy he is the best power forward in the NBA. His combination of nastiness, power and finesse makes him a nightmare for opposing defenses. 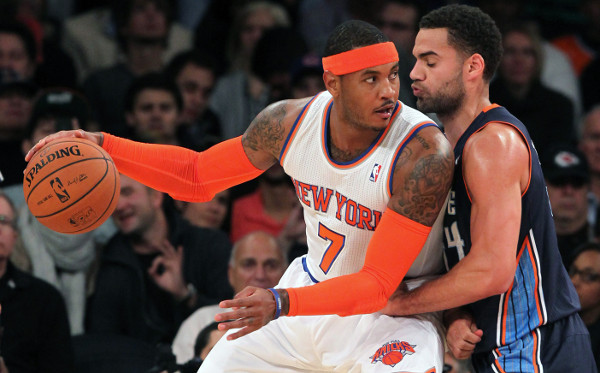 The best inside-outside scorer in the league. He has a selfish tag, but has become adept at moving the ball when his options close down. He is in the same boat as Durant: Big numbers but no championships to show for it.

Plodder that is extremely effective because he is a beast when most other centers would rather play outside the paint offensively and defensively. Excellent passer that needs more shooters around him to elevate his ranking even more.

I already know readers will second guess placing Parker this high, but how can you when he was arguably the third most influential player last year behind James and Durant. He was a few seconds away from winning a title in Game 6 and winning series MVP based on his heroics down the stretch.

Based on what I saw in the preseason, I have to apologize. I never thought he would return to his explosive self. I still worry about soreness in his knees. 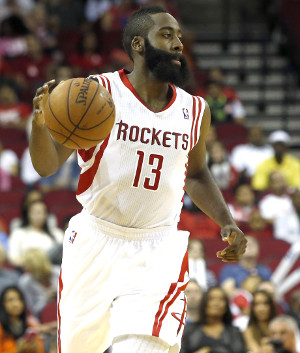 The best scoring big guard in basketball. Will be more potent this year because big men can't disengage from Howard to offer help for fear of a lob. He should average 6 to 7 assists.

He has never been hurt and his impatience had him back in the doctor's office, but I have no doubt that he will get back stronger than ever and ascend to one the five best players in the NBA.

Who walks away from the Lakers? Well, he did and I think it was a great move. The up-tempo shoot-if-you-are-open system of Mike D'Antoni was not suited for his game and I applaud his guts to leave. I believe he is motivated to dominate again.

Best point guard in the NBA. Will win a championship one of these years. We talk about Durant, Kobe, and Carmelo and now LeBron in crunch time, but Paul is triple-threat material down the stretch. That's scary good.

Durant is the best offensive player in the NBA, but he is finding out that being a big-time scorer is not enough. He is entering his seventh season… This is about the time critics blossomed when Michael Jordan didn't have a title. Is he next?

Simply the best all-around player we have seen since Michael Jordan. A three-peat will lift him into rarified air that only George Mikan, Bill Russell, Michael Jordan, Kobe Bryant and Shaquille O'Neal have visited.

Everyone has fallen in love with him, but I am watching to see if he can indeed become the third figure in the place of an aging Manu Ginobili.

He has the best low-post moves in basketball with that jump hook and baseline soft jumper, but can he lead a Bobcat/Hornet team to respectability?

I expect more leadership and defense to go with his video game scoring ability.

Won a championship and disappeared, which is disappointing because he easily could be ranked in the top 15 on this list.

Top 10 player when healthy and on a good team. None of those things happening for him this season. 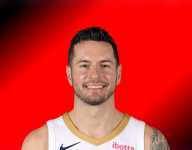