How good has Michael Beasley been for Miami?

How good has Michael Beasley been for Miami? 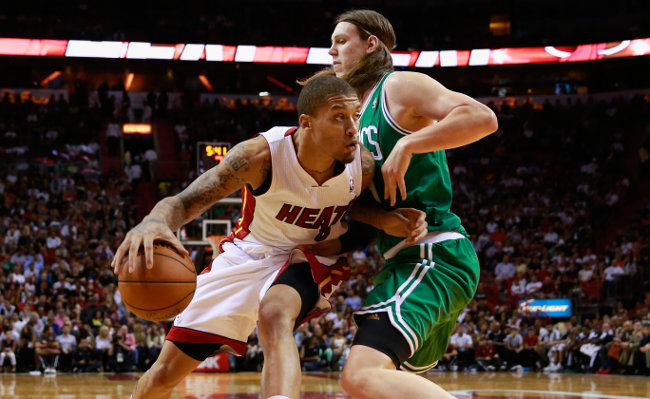 When the Phoenix Suns amnestied Michael Beasley last summer, teams were not exactly lining up for his services. After five years of disappointment and underachievement in the NBA in which his off-the-court indiscretions far outweighed his on-court accomplishments, Beasley had to settle for the minimum salary and returned to his old stomping grounds in Miami, the team that had traded him to Minnesota in exchange for two second-round picks and cash in 2010 after selecting him with the No. 2 pick in 2008.

But a funny thing is happening: Beasley, the troubled forward whom many people had given up on, is playing the most effective basketball of his career this season – at least statistically. Coming off the bench for the defending champions, Beasley is currently No. 16 in the NBA in PER. He'd never been in the Top 60 before and was actually an awful No. 271 in the ranking last season.

A few nuggets that show how good the 6-foot-9 forward has been for the Heat in his reserve role:

– Beasley's scoring average has gone from 10.1 ppg last year to 10.6 ppg this season even though he's playing 4.4 fewer minutes and taking 2.7 fewer shots per game on average.

– His true shooting percentage is 64.1 percent at this moment, which totally demolishes his previous best mark (52.8 percent).

– Beasley's total rebound percentage is a career-high 13.6 percent, which is also the best among Miami Heat players this season.

– Beasley is hitting 50 percent of his catch-and-shoot attempts.

Consistency has not been one of Beasley's traits throughout his career and it's safe to say his numbers will come down to earth eventually. But so far, it's an unexpected feel-good story for him in Miami.