Nets' coaching staff now among the least experienced in the NBA

Nets' coaching staff now among the least experienced in the NBA 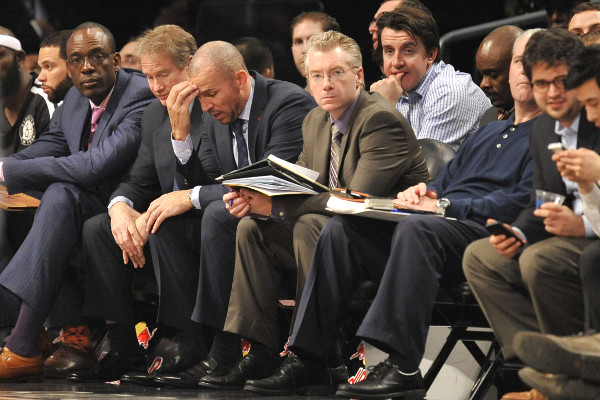 Until Tuesday, the Brooklyn Nets were one of 16 teams featuring at least one assistant with previous head coaching experience in the NBA. With Lawrence Frank now re-assigned to filing daily reports after clashing with former player Jason Kidd, the Nets now join a short list of seven squads with a coaching staff featuring no one with head coaching experience in the league up to this season.

Check the table below to find out which teams have the least and most experienced staffs in the NBA.

Key: (*) Members of the staff who have been head coaches.