Clippers moving along despite setbacks

Clippers moving along despite setbacks 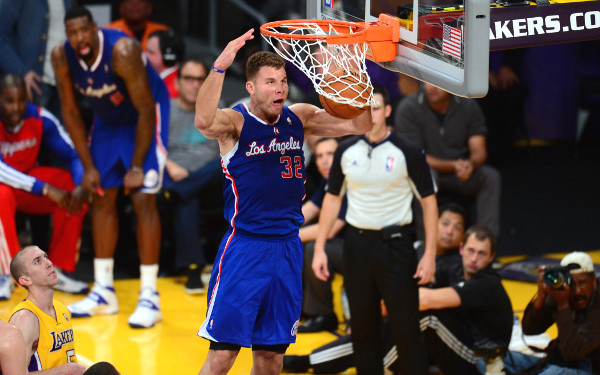 His team is dealing with some key early-season injuries, but Los Angeles Clippers coach Doc Rivers isn’t taking any solace that his team is more than just treading water past the quarter pole of the NBA season.

With Rivers coming on board to a team that won 56 games but was knocked out in the first round of the playoffs by Memphis last year, the expectations are among the highest in franchise history.

The Clippers are considered a viable contender in the Western Conference. And that is how Rivers is judging his team, not by the fact that the Clippers won 15 of their first 23 games while patching things together.

“I don’t honestly (take consolation) although I know I probably should,” Rivers said. “I think we should be better, injuries or not.”

JJ Redick, who was off a strong start, averaging 15.8 points in his first 17 games, is out with a fractured right hand/torn ligament in his right wrist. Matt Barnes, a player who gives the team toughness and depth in the frontcourt, has only played eight games due to a retinal tear in his left eye.

“You don’t pay five or six guys, you pay them all so I just think you can find a way,” Rivers said.

Looking for frontcourt depth, the Clippers are bringing in Stephen Jackson, who has had his share of well-documented troubles, including last year when he was released by the San Antonio Spurs right before the playoffs over disagreements on his role with the team.

“You have to remember he has won a ring,” Rivers said of Jackson, who started all 24 playoff games for the 2003 champion Spurs.

Rivers is among the most respected coaches in the NBA and if Jackson or anybody else can’t play for him, then there likely isn’t a place left in the league.

“I think Doc is a guy you will run through a wall for,” said guard Jamal Crawford, one of the great producers of instant offense in the NBA. “Doc is laying a good foundation and we will get it.”

Rivers, does see a silver lining to the Clippers start, which has included losses to Orlando, Atlanta and Cleveland, but also two wins over Houston and another against Oklahoma City.

“Don’t get me wrong, I am happy that we haven’t struggled like we could have,” Rivers said. “I just think you have to find ways and I think it builds character when you find a way to win when guys are out and it brings your team together.”

This is a franchise that has won two playoff series since 1976-77, when the team was known as the Buffalo Braves, but that won’t dampen this year’s expectations.

“I feel the expectations a little,” said Crawford, averaging nearly 16 points per game. “But I think we expect more of each other than the public does.”

That is a lot to expect, but any team with Chris Paul running the show will have high hopes. Paul was averaging 18.9 points and 11.9 assists through the first quarter of the season. Even Rivers, who has been around the block as a player and coach, has been taken back at how talented Paul is. While Rivers knew he was going to be coaching a perennial All-Star, there are still parts of Paul’s game that have been a surprise.

“I knew he was great but the old adage, you don’t know a player until you coach or play with him and in Chris’s case that is true,” Rivers said.

According to Rivers, Paul has done things better than he even thought he would.

“As tough as they come,” River said. “It is really nice to have him and it makes me smarter, that is for sure.”

Paul says there has been one thing missing during this first part of the season.

Eventually, Paul expects to compete with the elite, but he said the Clippers haven’t begun to hit their stride.

“We are a work in progress and will keep working at it,” he said. 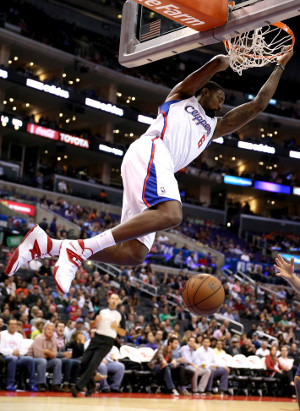 One of the biggest differences has been the play of 6-11, 265-pound DeAndre Jordan, who just may be the most athletic center in the NBA. Now in his sixth season, Jordan is putting together his best year. He's averaging 9.7 points, 13.0 rebounds and 2.1 blocked shots.

When Rivers took over, Jordan was one of his main projects.

“He is one of the most dominating bigs in the league defensively,” Rivers said. “Last year his focus was on offense and it shouldn’t have been his focus.”

Rivers said the coaching staff of the Clippers last year did the right thing in having him work on his still unrefined offensive game. In fact, even Rivers, himself wants Jordan to work on offense.

“That doesn’t mean I am going to feature him,” he said. “Everybody wants to impact the game and his is clearly on defense.”

Jordan said it hasn’t been hard to buy into Rivers plea to concentrate on defense.

“We got knocked out of the playoffs and I feel it was because of defense and rebounding and that was our focus when Doc came in,” Jordan said. “So I really needed to accept the challenge and feel everybody on the team is.”

While talking about all the virtues of the Clippers, we are not just getting to mentioning Blake Griffin. Among the most athletic power forwards around, Griffin is again putting up impressive numbers – 20.6 points and 10.4 rebounds per game. He feigned anger when talking about his rebound totals, which he suggested would be higher if he didn’t lose out on so many to Jordan.

“As long as he keeps stealing my rebounds, he will be fine,” quipped Griffin.

A three-time all-star, the 24-year-old Griffin, along with Jordan, is among the best leapers in the NBA. His perimeter game has improved, but he still must work on his moves around the basket. That said, he is playing at an All-Star level, while still developing his game.

Veteran forward Jared Dudley and guard Darren Collison are among the other key rotation players.

“I think our depth is our strength,” Crawford said.

Now the key is having these experienced players come together. Crawford says the consistency will come, but it could take time.

“I think we are going to be one of those teams that is judged on the postseason,” he said. “It may be a while but we will get there.”