Michael Carter-Williams: "I don't worry about the jokes"

Michael Carter-Williams: "I don't worry about the jokes" 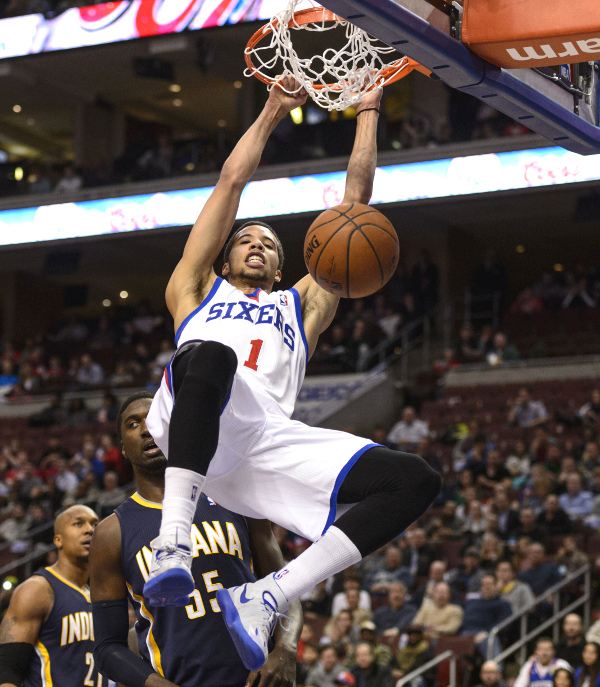 It has been a true learning experience for 76ers rookie point guard Michael Carter-Williams, the No. 11 overall pick in the NBA draft that's favorite to win the Rookie of the Year. Carter-Williams leads all newcomers in per-game averages for scoring, rebounding, assists and steals, but is also part of a team that lost 26-consecutive games. The streak was snapped with a 123-98 win over the Detroit Pistons on March 29. After that win, Carter-Williams talked about the streak, his rookie season and his take on the future with the 76ers.

After your team tied the record with your 26th consecutive loss in Houston, you talked to your teammates. What did you tell them?

Michael Carter-Williams: I brought the guys together at end of the game and felt we didn’t give it our all vs. Houston and felt if we were going to win a game we had to come out swinging and fighting every single possession. We had to play smart and do the right things and play with each other and we definitely responded well. We definitely played well with each other, battling on the boards against probably the best rebounding team in the NBA and I am really happy for the guys.

What was your reaction to the win and has it been tough to hear others making jokes about the 76ers losing ways?

MCW: It is great to get the win and of course you never want to be part of a streak like that and it was good to win and I was so happy for my teammates. I don’t worry about what others say or the jokes and keep focused on the long term each and every day.

During that losing streak, what did you learn most about yourself and your team?

The losing streak became a national story. Was it hard to ignore the negative attention?

MCW: Not really. I am a person where things don’t get to me that easily and I am able to block things out and focus on what is important, which is my coaches and teammates. People are going to say what they want to say. That is why there is freedom of speech, but I am focused on our guys and coaches.

Has your role as a leader been your greatest area of growth?

MCW: Yes, it probably has. I came in as a rookie and we had some older guys on the team and I tried to fit in a little bit and kind of play my role. Now some of those guys are gone and I am comfortable with the team. It took me a while, but I think from that moment on I just felt like I needed to say what I needed to say. 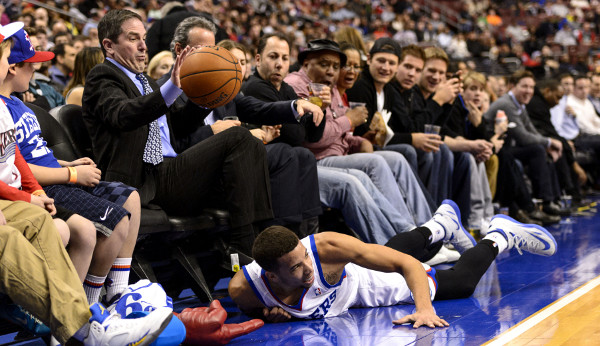 With all the losing this year, have you been able to enjoy this season at all?

MCW: I definitely have been able to enjoy it. I talk to a lot of veteran guys whether on our team or other teams. I have learned a lot from Coach (Brett Brown), got to play through my mistakes and go through ups and downs and it will help me in the long run.

The 76ers gave you the ball from Day One and made you a starter during the summer league in Orlando. How much did this help your confidence, knowing that you were going to play right away?

MCW: It really helped. I have been able to play through my mistakes. I have great support from my team and my coaches. They support me throughout my mistakes and correct me in anything I do. Hopefully, this will help me be a pretty good player.

Do you ever allow yourself to think of being Rookie of the Year?

MCW: Yes, I have. It is only natural just to be competitive and to work for something. Before the season started, I set that as a goal of mine and I hope to achieve that goal and if I am lucky enough to win that, I will be happy about it, but in the long term the goal for me is I want to be great one day, a great point guard and lead the Sixers to the playoffs and eventually a championship.

With Nerlens Noel expected back next season, and two likely first-round picks, do you feel the Sixers have the pieces to turn this thing around in the not too distant future?

MCW: Yes. We do have some very good pieces and hopefully some good pieces to come. I know Coach is going to bring it all together. He does a great job of just keeping us fired up and keeping our team chemistry and tradition, we are starting a new tradition each and every day so he has been great.

You have pictures of NBA referees in your locker. What is that all about?

You began your NBA career by compiling 22 points, 12 assists, nine steals and seven rebounds in a 114-110 home win over the two-time defending champion Miami Heat. Afterwards, Magic Johnson tweeted this: “I just got done watching the guy I think will be the Rookie of The Year, Michael Carter-Williams of the 76ers.” What was your reaction?

MCW: It was great. For someone to tweet about me, who he is and what he has done in the NBA and how he is such a really big legend. It was a really big moment for me. I was happy about it. My little brother and sisters were probably happier than me. It was just a great honor and I appreciated it and I keep using it as motivation to get better and better.

You face so many point guards with different styles. Do you alter your style, depending on who you play against?

MCW: I try to stay true to myself. If I am facing a really good defender who picks up full court, I may have to go off the ball a little bit so I don’t tire myself throughout the whole game. I make minor changes but nothing too ridiculous.