Kevin Durant (Oklahoma City): No more ending up second. KD should finally get his first MVP after three No. 2 finishes behind friend/foe LeBron James. With sidekick Russell Westbrook sidelined due to injury, Durant carried the Thunder with otherworldly scoring outburts and much-improved defense and playmaking. Has averaged career-highs in points, assists, effective field goal percentage and PER. The best player in the regular season without question.

COACH OF THE YEAR

Gregg Popovich (San Antonio): The Spurs showed no signs of slowing down following last year's brutal Finals loss to Miami. Popovich didn't have to ride Tony Parker and Tim Duncan hard for San Antonio to keep piling up wins. The team's two best players combined for a mere 59 minutes per contest and the team still finished with its fourth 60-win season in the last 12 years. Again, much credit goes to Pop.

SIXTH MAN OF THE YEAR

Jamal Crawford (LA Clippers): Played 23 games as a starter this season – which is 17 more than the previous four seasons combined – but was at his best coming off the bench and giving the Clippers instant offense. Crawford has green light and he knows it. Oozing with confidence, he has averaged a career-best 0.61 points per minute – beating all Clipper teammates except Blake Griffin.

ROOKIE OF THE YEAR

Michael Carter-Williams (Philadelphia): Took a quick lead in the Rookie of the Year race early in the season when the Sixers were still not embarrassing themselves with epic losing streaks and never looked back. MCW's performance has been one of the few bright spots for a horrible Philly squad. Took advantage of the opportunity for extended playing time and showed flashes of what he should become in the future – a consistent triple-double threat.

Gerald Green (Phoenix): Surprised the league a couple of years ago as a late-season sensation with the Nets, but did nothing remarkable in Indiana. Under Jeff Hornacek, he has finally exploded into a legit starter than can do damage driving to the hoop or shooting the long ball. PER skyrocketed from 9.9 to 16.5 in one year with career-highs in scoring, assists, steals, blocks and three-point shooting percentage. Now that's improvement.

DEFENSIVE PLAYER OF THE YEAR

Joakim Noah (Chicago): With Derrick Rose going down to injury, Joakim Noah became the heart and soul of the scrappy Chicago Bulls. Great size, mobility, passion and motor make him a pest defensively. Slows down his own man consistently and is terrific in help defense. His play is the main reason why the Bulls kept opponents to just 91.8 points per game on average – a league best. Has a bigger role on the offensive end now, but that's not diminishing his effort defensively at all.

EXECUTIVE OF THE YEAR

Ryan McDonough (Phoenix): Should have been a transition year for Phoenix, but the hiring of brilliant rookie head coach Jeff Hornacek and the acquisition of Eric Bledsoe and Gerald Green made the Suns competitive to the point that they have been fighting for a playoff spot till the very end. Plus they have cap flexibility to make moves going forward. A sunny outlook indeed for a team that was in ruins before McDonough's arrival. 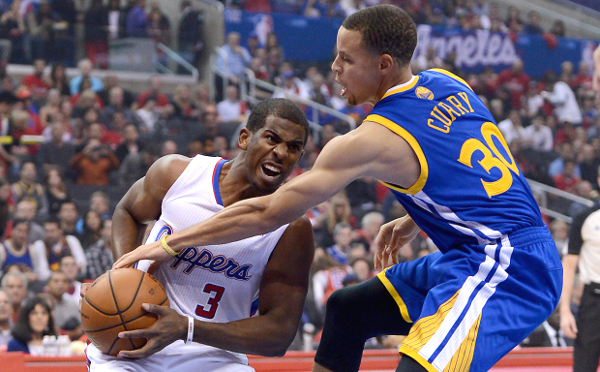 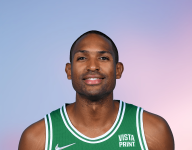