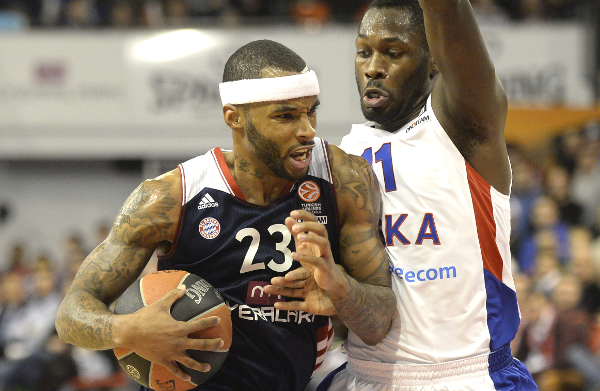 What kind of pro career did you envision for yourself when you were in college?

Malcolm Delaney: Actually, Europe wasn't a thought at all. I mean, I knew that if I didn't make the NBA I would probably end up playing there. But honestly, in college, my whole mindset was like trying to win and trying to get to the NBA. I had three great years in college so that's why my focus was so stuck on the NBA. Once it got closer to senior season, I put my name in the draft early and backed out because of the injuries. I had a good advisor who is my current agent, he had to tell me a lot about the whole overseas thing. For me it was a good thing because I didn't have a family with money or anything, so I just wanted to establish myself financially and then go after the NBA. But then up until my senior year, Europe was never an option.

So you never considered the D-League as an option…

MD: D-League definitely wasn't an option. I wasn't doing that.

Why do you think no team picked you in the draft?

MD: Honestly, I don't know. My sophomore year was kind of my breakout year, and at the time in the ACC we probably had the best guards in the country. I think I played well against those guards, players like Toney Douglas and all those guys who eventually got drafted. In my senior year, I had a better year, but I got hurt after 10 games and then actually I was battling through injuries the whole season. However, I led the ACC in scoring. My team wasn't predicted to do much and we didn't make the NCAA Tournament. I think me not playing in the Tournament was the biggest thing that kept me out of the NBA because I dind't get to play in that top, top stage. But as far as production and numbers and what I did for my college program, I didn't see why I didn't get drafted. I did enough. In my senior year, they wanted me to prove that I could play the point guard position. So I tried my best to take less shots, get my teammates more involved, brought my percentages up… I I improved everything but my scoring average, which dropped maybe like one point, and still it wasn't enough. I signed with [French club] Elan Chalon before the draft, so I was trying to establish my career in Europe by that time.

So you saw it coming.

MD: Yeah, and I wasn't disappointed. I got a good agent who didn't tell me everything I wanted to hear. I went into every workout, I think I went to 11 workouts, and I think there was one workout that was not great. Every other workout that I had went great. I think I did everything I could possibly do. I stayed out of trouble, didn't do anything off the court that could hurt my chances… So I just focused on going to Europe, try to work my way up in Europe.

You played in France and Ukraine and now you're in Germany with Bayern. which is probably the best club you have played for so far in Europe. Can you tell that Bayern is a special club, that it's a good organization compared to other clubs?

MD: Yeah, for sure. In France, I wasn't on a big-budget team, I was on a team that didn't win much… I can't say too much bad about the club in France. They were very professional. They did what they could do with what they had. It wasn't too bad. Last year in Ukraine… Everybody kind of knows the whole Eastern Europe thing is tough. You're not being paid on time… They didn't take care of me too much as a professionl. Here they do everything they can so you can be successful and focus only on basketball. It's definitely the best organization that I've seen and probably a Top 4, Top 5 club in Europe for sure.

How popular are the basketball players in Munich compared to the soccer players?

MD: Right now it's not even close. They are the best soccer team in the world right now. We're just getting established, this is only the third year that the team is playing the first division in Germany. Now it's definitely starting to pick up, though. Everybody is kind of noticing who we are, we go out and people know who we are, and a lot of people is starting to come to support us. The games are usually sold out now… I think we're kind of changing it. Not taking antyhing away from soccer, but just enhancing basketball for the club a little bit more. 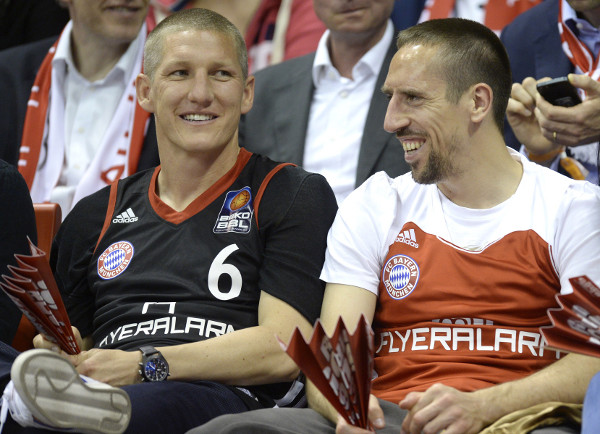 I watched some soccer players attending your games, like Bastian Schweinsteiger. Do you have a relationship with those guys?

MD: Yeah, Bastian is a big, big basketball fan. Whenever he has free time, he comes to see us, he's around. He comes to our practices… If we have a basketball team chat, he's in the team chat… He's definitely probably one of our biggest fans. He's a cool down-to-earth guy. He's the balance in between the superstar soccer player that shows his face and it kind helps everybody in the city to support the basketball team more.

MD: Honestly, I did. With me, it was more about opportunity. I could have played in the Euroleague last year. Here in Munich, the coach, the GM, the organization let me do what I'm best at. I'm able to play my game. A lot of people held me back in the past five or six years and I think that's probably one of the main reasons why I have not been in the NBA or have not had a shot at it. I just never got this kind of opportunity.

NBA teams have interest now. The Houston Rockets were mentioned as a team that was interested in your services. Was there ever any chance of signing with Houston?

MD: The Rockets thing was a great opportunity for me, that was official. But with how important I am to the club, how important this season is to the club, it wouldn't had been a smart business decision for the club to let me go. I didn't have an NBA out in the contract. The Houston Rockets thing is something nobody would have ever turned down because, you know, I'm still with a dream to play in the NBA. But FC Bayern, they couldn't let me leave, we're about to play the playoffs, trying to win a title. Any kid or any American basketball player wishes to play in the NBA. This time I couldn't do it.

You're not bitter about having to stay with the team the whole season?

MD: No, I'm not mad at all. I understand the business side of everything. It was a great opportunity for me. I don't know if the opportunity will ever come back again, but I will keep doing what I'm doing. Like I said, it's all about opportunity. If somebody wants to give me that opportunity, I'll definitely take it.

Are you optimistic that you're going to get it during the summer when free agency comes?

MD: Right now I'm praying that I do. I could play in Europe for 10 years and I won't care if I'm playing in a good situation. But getting the opportunity to play in the NBA would be a big thing for my family and everybody around me. It's still a dream for me. Right now, seeing how close I am, I'm thinking about it a little bit more.

Would you take less money to play in the NBA?

MD: Yeah, I'm willing to do that kind of sacrifice. I mean, it would be a hard decision if I'm deciding between a big European offer and a league-minimum deal in the NBA where I probably won't have the chance to show my game, ending up on the bench. But I can't say that I wouldn't take it. Until I have those two options and I get the feedback from the NBA on what they'd expect from me, I can't say what I'd do. But I'm really thinking about the NBA a lot right now.

Are you going to watch the NBA playoffs?

MD: Of course. NBA playoffs is the only thing I watch (during the season). I haven't watched much (regular season) NBA basketball in the past three years. I have some friends from my city, Baltimore, like Carmelo Anthony, Rudy Gay… I like to follow them. However beause of the time-difference I don't stay up to watch a lot of games. Now I'm a little bit more aware of what it's going on. I try to watch more games see some of the teams where I think I could fit in.

What kind of teams?

MD: I think a fast-paced team. I think the best aspect of my game is transition. This is my first year ever playing just strictly as a point guard. I don't play shooting guard here at all. I'm not the best point guard but I'm a great playmaker. Houston would had been a perfect fit for me. I know a couple of people on the team, the style of basketball they play… I could see myself playing in that system.