Which Euro would make the finest NBA coach?

Which Euro would make the finest NBA coach? 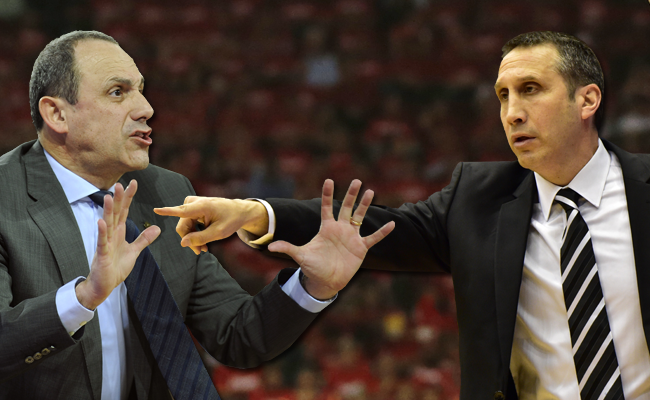 If there's finally going to be a European head coach in the NBA, the choice should come down to former Lakers assistant Ettore Messina of Italy and Boston-born Israeli David Blatt, according to the votes of 45 players currently competing in Europe.

Blatt and Messina, who has been mentioned as a candidate for jobs in Utah and L.A., combined for 33 first-place votes in a poll in which HoopsHype asked players – 14 of them with pro experience in the States – which Euro coaches would do best as No. 1 guys on an NBA bench.

Serbian legend Zeljko Obradovic, the winningest Euroleague coach ever with eight titles, came a distant third behind Blatt and Messina, with many players citing his brash style as something that wouldn't fly at all in the NBA.

"I don't see Obradovic there," a Euroleague center said. "Players would strike after two weeks. Too much yelling and b*tching. NBA is a players' league."

Check full results of the poll below.